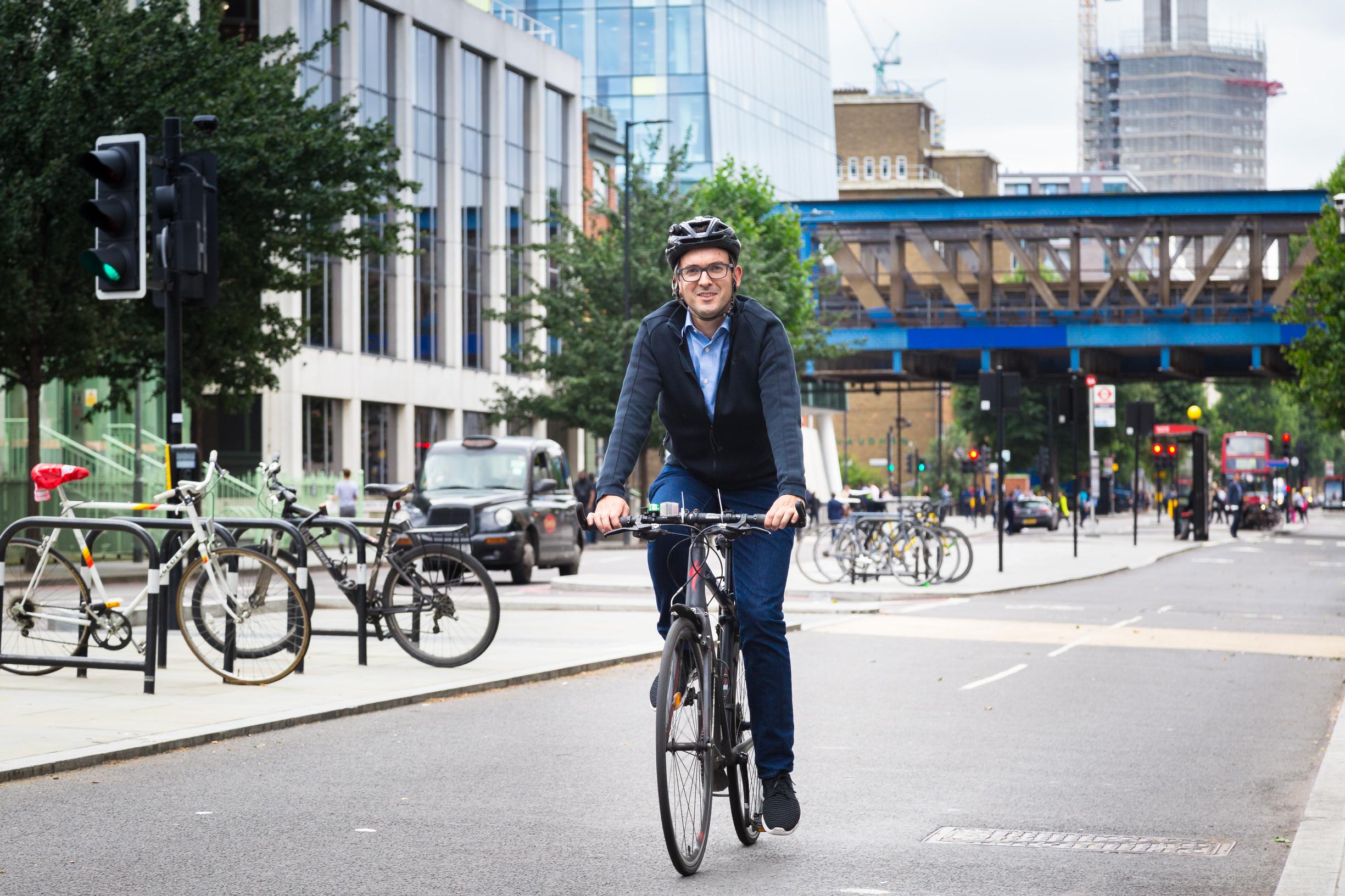 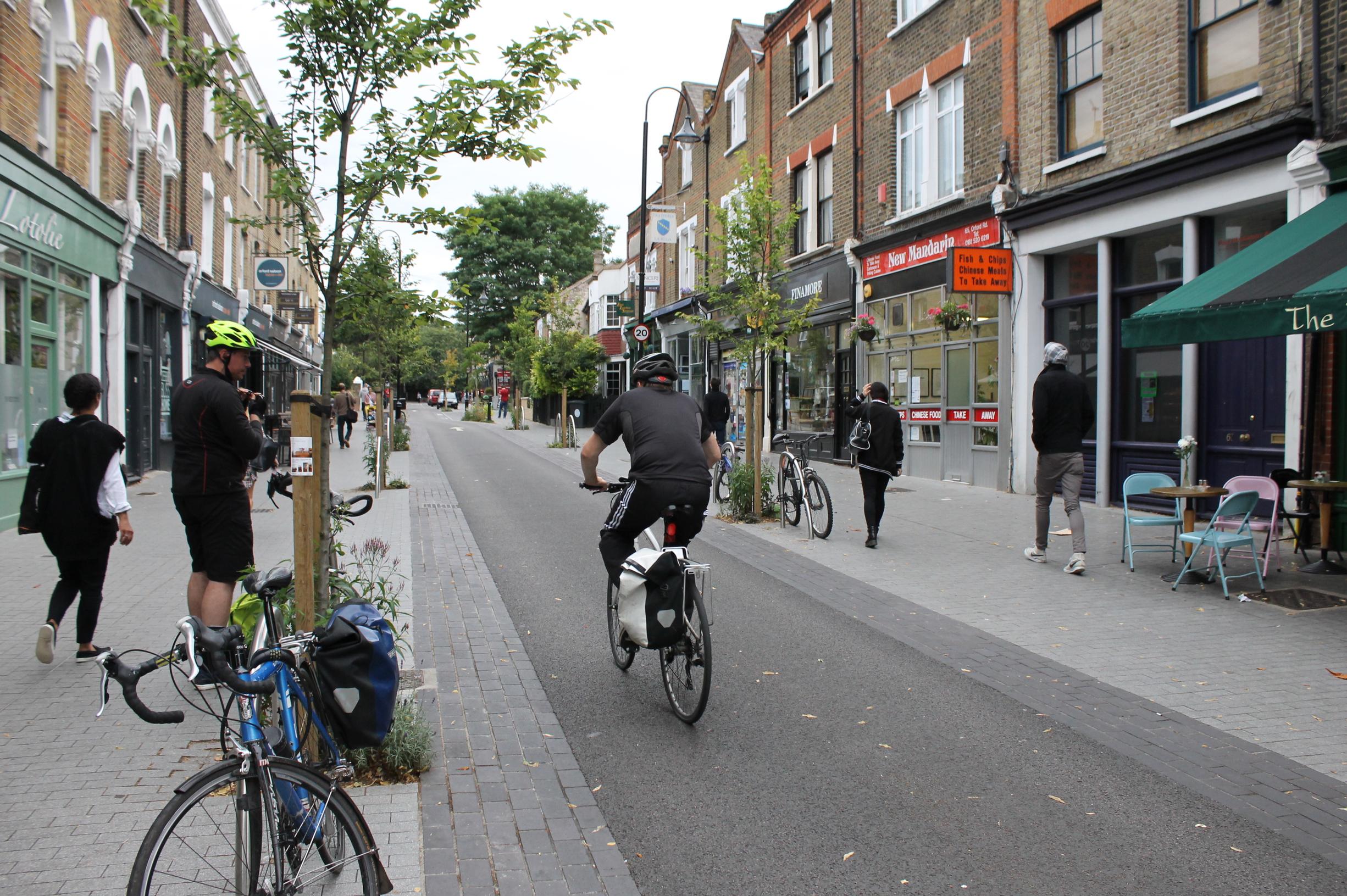 The arrival of Will Norman as London’s first Cycling & Walking Commissioner in February heralded a new approach to reducing car use in the capital. The former global partnerships director at Nike is seeking to develop a comprehensive network of ‘corridors’ that link main roads with Quietways, as set out in mayor Sadiq Khan’s draft Transport Strategy.

Norman moved to the Mayor’s office on the understanding that his remit would be broader than cycling strategy. When I met him at City Hall, he was emphatic on this point: “There needs to an approach that doesn't just focus on a single mode of transport. I wouldn’t have taken this role if it was just a cycling commissioner job. The fact it brings in walking makes it a very different proposition for people. It is about enhancing the local areas where people live, enhancing the facilities for those communities.”

Some cycling campaigners have raised concerns about the scaling back of plans for Cycle Super Highways proposed by the last mayor Boris Johnson and his cycling czar Andrew Gilligan.

The commissioner insists that Cycle Superhighways remain crucial to encouraging more people to travel by bike. He says the East-West CSH, from Parliament Square to Tower Bridge, will be extended further west although plans for it to run along the elevated Westway have been dropped. Other routes due to go ahead are CSH4, which will run from Tower Bridge to Lewisham and CSH9 from Olympia to Brentford.

However, installing Cycle Superhighways may not always be possible, admits Norman. “There is a network of safe cycling provision across London on some busier roads, but we can’t put them [Cycle Super Highways] on every road. There simply isn’t the capacity.”

Instead, the Mayor’s office is placing more emphasis on Quietways, which run along quieter streets, parks and waterways. By the end of September there should be 60km of Quietways in the capital, rising to 100km by the end of the year, predicts Norman.

“We need to look at driving that mode shift in outer London.” This, he says, will require a greater focus on safety, particularly at junctions. “We also need to make sure that routes are as direct as possible so we don’t send people off on wild detours.”

I wouldn’t have taken this role if it was just a cycling commissioner job. The fact it brings in walking makes it a very different proposition for people. It is about enhancing the local areas where people live, enhancing the facilities for those communities

The case for Quietways

Quietways will only be effective if they are safe along their full lengths, including through junctions, says Norman. Also, measures such as modal filters – which stop through-traffic and rat-running – may be required to improve safety along Quietways. “There will be on-going reviews of Quietways to make sure the roads are quieter and traffic is slower.” He is a strong advocate of the 20mph speed limit, arguing that it  significantly reduces the number of road fatalities. “As we roll out these schemes, we need to be looking at how we can make the 20mph limit the default option.”

Quietways will be crucial in attracting new cyclists onto roads, believes Norman. To illustrate this, he describes an encounter during the Ride London event in July, where 70,000 people cycled a 10-mile route in central London that was closed to motor traffic. “I got chatting to a woman from north London who hadn’t been on her bike for 12 years. She was there with her six-year-old daughter who had persuaded her to go along,” he says.

“She borrowed a bike from a neighbour after realising she lived near a Quietway that linked to a Cycle Superhighway into central London. She told me she was going to buy a bike the following week and start cycling into work. That’s what we need to be pushing forward because that is how we are going to drive the culture shift and the mode shift.”

The need for smaller, local based schemes does not necessarily diminish the need for Cycle Superhighways, Norman says. “Some cyclists will continue to use the main roads, and that is why segregated infrastructure is really important.”

He notes how these routes have boosted cycling numbers: since 2014 there has been a 54% increase on the East-West CSH; up 32% along the North-South CSH, from Elephant & Castle to Holborn; and up 56% on Quietway 1, from Greenwich to Waterloo.

Later this month the commissioner will be speaking at Healthy Streets, hosted by Waltham Forest council and organised by Landor LINKS. Waltham Forest was one of three outer London authorities, along with Enfield and Kingston upon Thames, awarded Mini Holland funding by Boris Johnson in 2014. “I have been out to Walthamstow a few times now and have seen significant changes,” says Norman. He acknowledges that Waltham Forest has made greater progress in implementing schemes than the other two Mini Holland boroughs so far, but is confident that, ultimately, all the programmes will not only encourage more people to cycle and walk but will boost local economies.

A case in point is the re-design of Orford Road in the Walthamstow village area, he says. More than two years ago this once busy traffic route was turned into a shared surface area, with planting and cycle parking. With the exception of a hopper bus service, vehicular traffic is banned from 10am to 10pm seven days a week.

“This is the first time in living memory there are no vacant shops on Orford Road,” he says. “We have seen a congested, car-dominated place turned into somewhere people can sit outdoors, walk around and go shopping.”

The economic benefits of people-friendly streets are often underplayed, believes Norman. He points to research carried out by Professor Matthew Carmona and his team at UCL’s Bartlett School of Planning. “The UCL analysis found that public realm improvements can deliver significant economic benefits including a 17% in reduction in vacant properties in London,” he says. “We have already seen this evidence elsewhere in the world but we are now seeing it in London.”

In July the Mayor launched the £85.9m Liveable Neighbourhoods programme, which Norman describes as a continuation of the Mini Holland programme. “We are learning from Mini Holland and some of the successes associated with that, but we want to make sure there are options to increase walking and cycling across a wider number of places in London.”

While three boroughs were awarded Mini Holland funding of about £30m each, Liveable Neighbourhood grants will be distributed more widely, with each successful scheme getting between £1m and £10m. Funding will potentially cover the creation of green spaces, new cycling infrastructure, redesigned junctions and the widening of walking routes to improve access to local shops, businesses and public transport. The deadline for the first round of bids, covering the next financial year, is 20 October, with the schemes announced in December. The chief aim is to encourage more people in outer London boroughs to make shorter journeys on foot or by bike, says Norman.

As part of the Mayor’s £2.1bn Healthy Streets Portfolio, a total of £770m will be spent on infrastructure and initiatives to promote cycling in the five-year business plan up to 2021/22. At an average of £154m a year, this is almost double the £79m a year spent over the last mayoral term, Norman points out. This, he argues, demonstrates a clear commitment to getting people to switch to active travel. The draft Transport Strategy has set the target of the proportion of journeys by bike, on foot or public transport rising from the current 64% to 80% by 2041. Norman also wants to see the number of daily cycling journeys more than double from the current 670,000 to 1.5m by 2026.

Funding must be directed to where it will have most impact, says Norman. Using data analysis, Transport for London (TfL) has identified 25 corridors with the greatest potential for cycling. “We are using this Strategic Cycling Analysis to build up a network of cycling and walking routes across the capital,” he says. “This is based on growth forecasts, population growth and existing demand. We are using this analysis to identify the areas of greatest potential for cycling.”

The corridors run from Heathrow to Brentford in the west, Dagenham Dock to Ilford in the east, Highgate to North Finchley in the north and Streatham to Oval in the south.

TfL will work with boroughs to carry out feasibility studies in each area to develop cycling schemes. By the end of the mayoral term in 2020, Norman hopes that the healthy streets approach will have created people-friendly environments across the capital, though each will be shaped by local needs. “Liveable neighbourhoods might be different from each other. There may be radial routes towards a transport hub or a town centre, or it might be a case of transforming a critical corridor or connecting residential areas to town centres.”

Re-configured streets that are safe and pleasant will encourage a more active lifestyle, says Norman. He points to a study by Public Health England last month that revealed that 41% of adults aged 40 to 60 in England walk less than 10 minutes continuously at a brisk pace in a month.

“The impact of inactivity on people’s health in terms of type 2 diabetes and cardiovascular disease is absolutely staggering,” he says. “We need to look at how we can design physical activity into everyday life. That is absolutely essential for the future success of London, not only from a health and economic perspective but also from a social and environmental perspective.”

Besides which, there are cost benefits to switching to active travel, he adds. “Walking and cycling can save you a fortune compared with private car use. Those shorter journeys, to the shops and to school, just aren’t necessary. People just end up doing it because it’s what they have always done.”

In one project students at Isaac Newton Academy in Redbridge carried out a project to monitor air quality in the school car park at drop-off and pick-up time. “Having found that air quality was pretty bad, they ran a campaign involving their parents, which resulted in them reducing car use.”

Norman adds: “Yes, build the infrastructure and people will come, but not everyone will. That’s why you need outreach programmes working with schools, communities and local businesses.”

A neighbourhood that encourages walking and cycling is far more likely to have social interactions and relationships,“which is what drives a successful local community”.

Will Norman is determined to build a collaborative approach where boroughs work with the local community, businesses and transport authorities. “I think it is this sort of partnership working that can really bring about change, from big schemes down to the smallest schemes. Very often it is an accumulation of all the small things that make a difference to people’s lives.”

Meet Will Norman at Healthy Streets 2017