Hamm in Westfalia, a city far from being rich and famous, and where public and private debts, unemployment and economic and social problems loomed, has transformed itself to become one of Germany’s Cycle Capitals. Carsten Gniot, Deputy Chief of the Transport and Planning Department, City of Hamm, tells Juliana O’Rourke how they did it 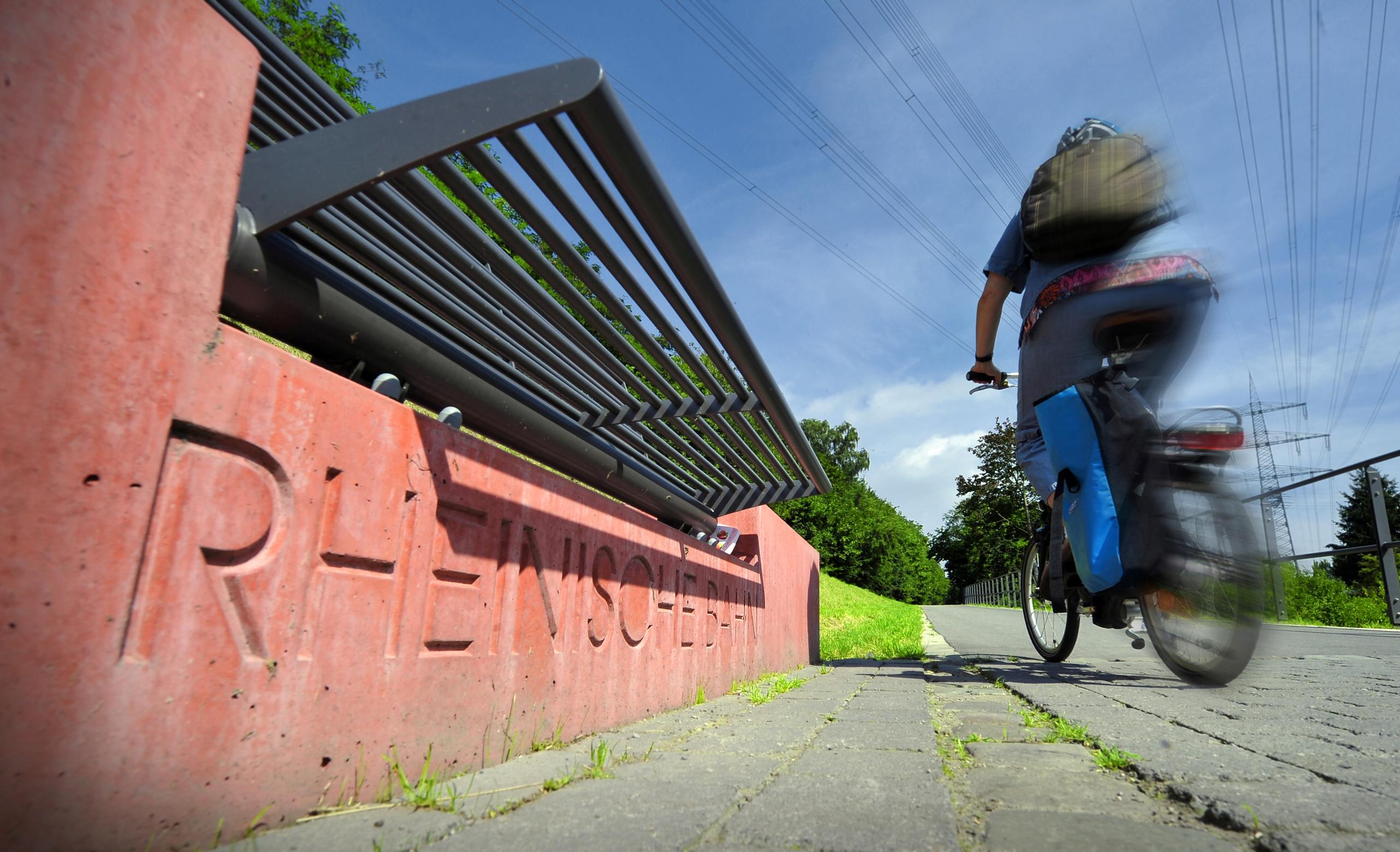 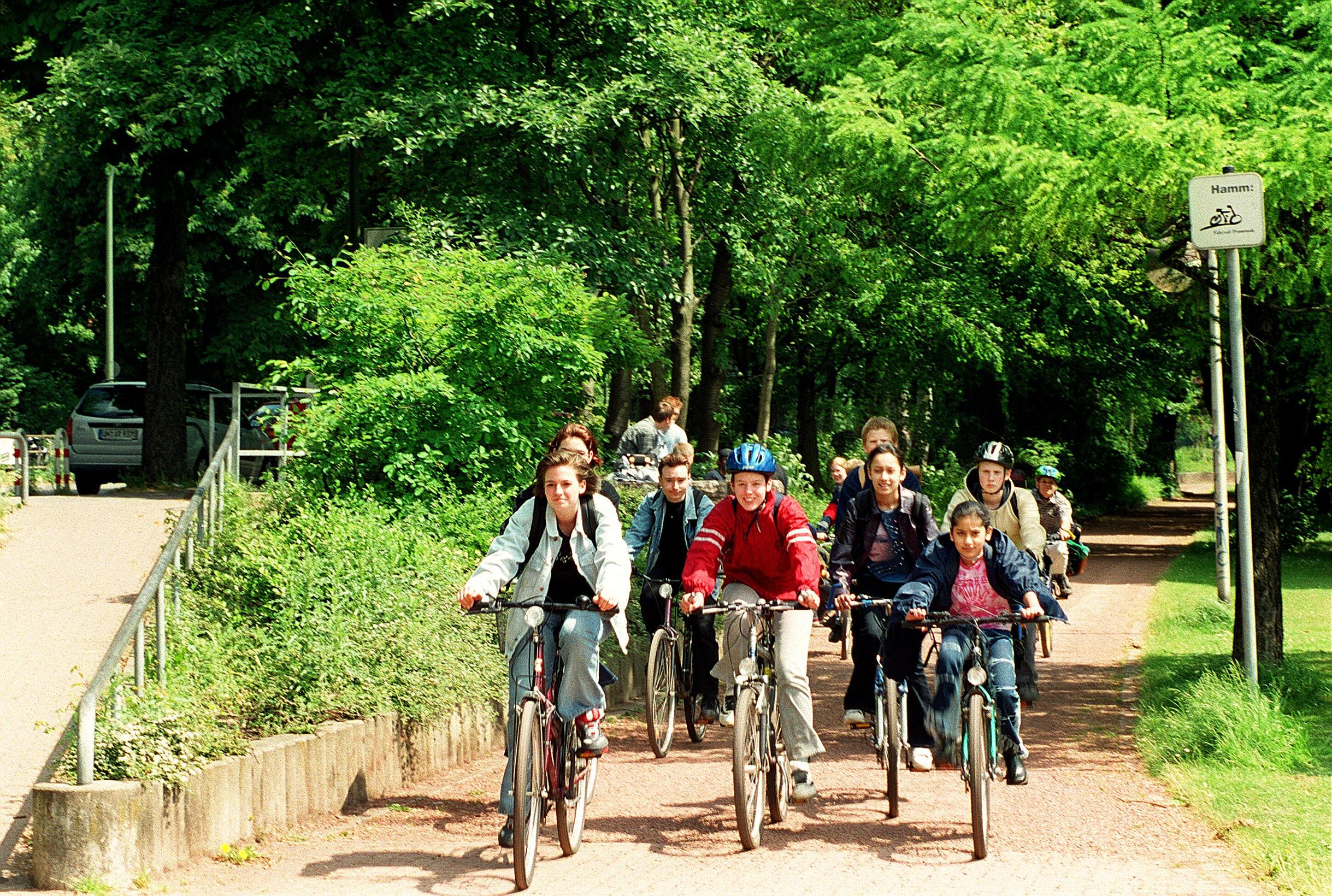 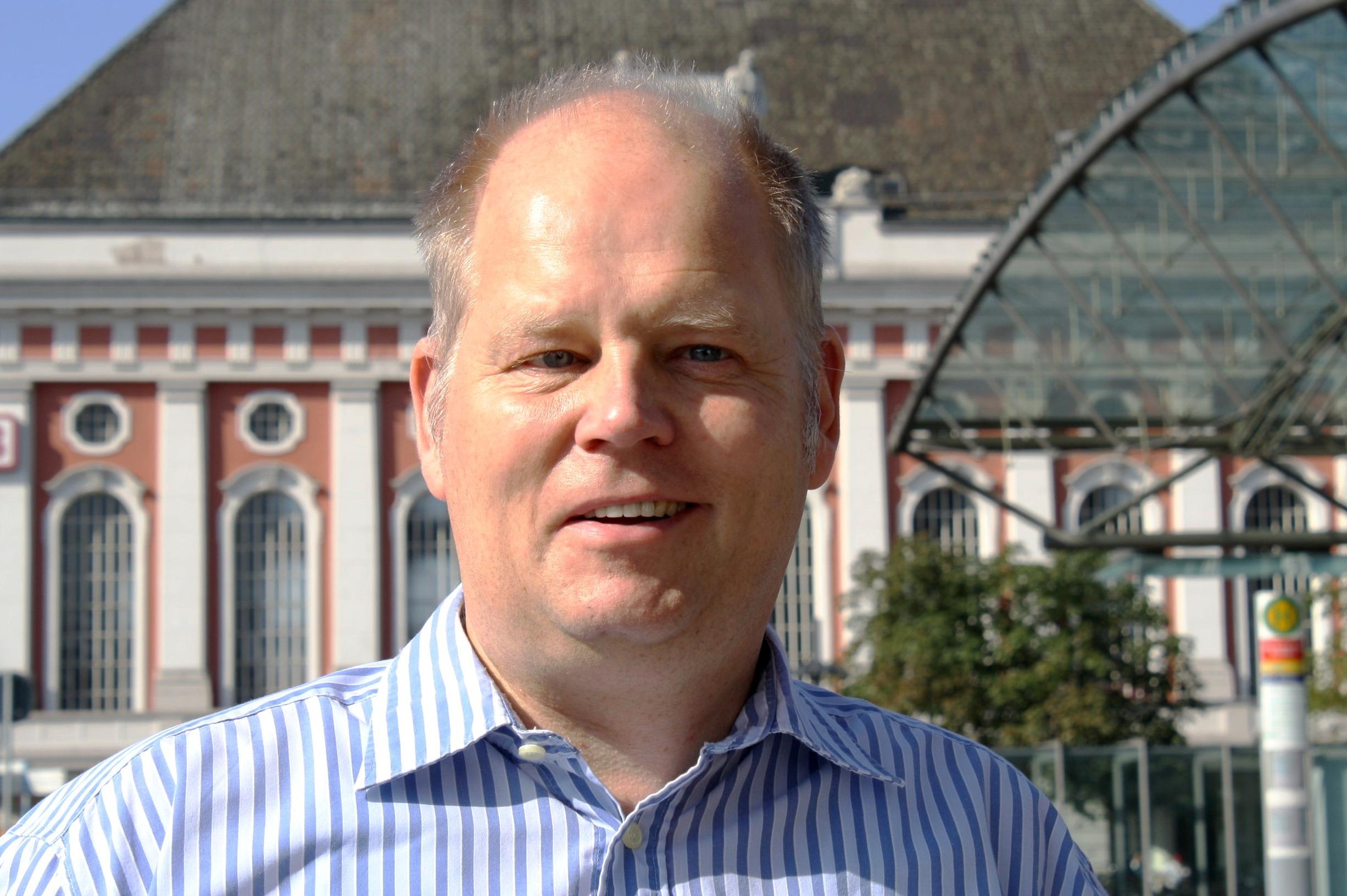 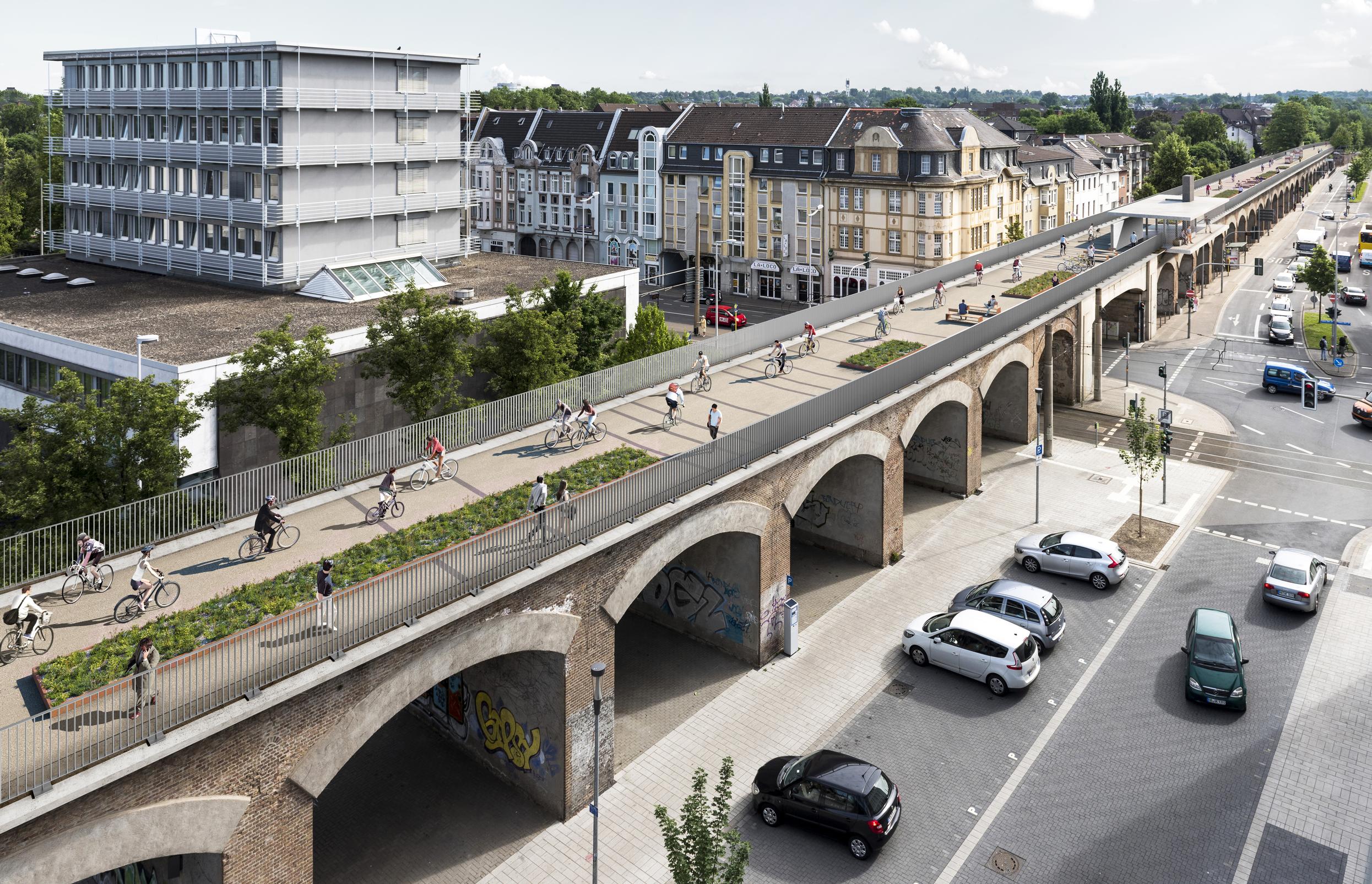 In the early 1990s, German cities began to reconsider their basic principles for urban transportation. The key idea was that traffic should no longer dominate the city, which  should instead aim to become a livable, healthy and attractive place for people rather than cars. But these matters were, at the time, exclusively discussed amongst Germany’s major capitals and key university towns. Cities like Hamm in Westfalia, an unremarkable place hidden on the fringe of the Ruhr industrial corridor and with a population of only 180,000, were not party to these high-level talks. But Hamm, blessed with a determined populace and dedicated young professionals full of ideas and inspiration, had no intention of being sidelined.

Inspiration came in the form of Carsten Gniot, a young engineer and self-styled urbanist who had noted new opportunities for promoting good urban living through enabling active travel. Carsten set up a small but smart team to lead and coordinate his city’s transport planning, and put in place an action plan that would fundamentally re-organise the city’s mobility options.  Carsten talks with animation of his far-from-easy task. ‘Where to start in a city that was far from being rich and famous, and where public and private debts, unemployment and other unsolved economical and social problems loomed and  dominated the local agenda?'

Carsten know just where to start – with the city’s people. ‘It was obvious that we needed to reach the people, to let them know that the way they organised their mobility has a huge impact on their quality of life,’ he remembers. ‘In a worker’s household, where every penny counts, it’s only facts that matter, not vague promises or ideologies.’

In the years that followed, inspiration became action. Hamm doubled its annual expenditure on cycleway infrastructure, built a huge cycle service centre at the railway station, and increased the range of the bus network by 30 per cent. These actions saw the city transform itself into one of the safest cities, in road safety terms, in the federal state of North Rhine Westfalia (NRW). By 2005, the city was building a new suburban railway station with its own funding, and taking a major role in promoting the RS1, Germany’s first Cycle Superhighway.

‘Now, for the first time in our recent history, eco-friendly means of transport have overtaken the use of private cars in Hamm,’ says Carsten. With a proportion of 19 percent cycling mode share, we have even become one of Germany’s “Cycle Capitals”, Carsten states with great pride. ‘I’d like to believe that this is all the result of our efforts at City Hall. But to be honest, this is the people’s triumph. In the long process of very intense public dialogue and debate, the people have become their own experts.'

Hamm won over its public and turned its citizens into bicycle-lovers by good old communication. ‘We walked the streets and engaged people through door-to-door campaigning,’ says Carsten. ‘Our local media also rose to the occasion and generously gave their time and resource, and we talked and worked with every club and group you can think of – philatelists included! Today, our people know best what serves them well for mobility, and they know how to choose wisely between the options.’

The Radschnellweg Ruhr, also known as RS1, is a 101 kilometre cycle and pedestrian highway planned to connect communities and make high-speed, emission-free commuting possible between Duisburg and Hamm in North Rhine-Westphalia, the most populous state of  (NRW) Germany, by 2020. In 2016, to assure speedy planning and construction of the RS1, the federal State of NRW revised its Road and Highway Administration Act in a ‘profound and revolutionary way’ says Carsten. From now on, all approved Cycle Superhighways will be treated in the same manner as Germany's famous ‘autobahns’, so guaranteeing the legal basis for financing and maintaining cycle superhighways by putting them on a par with state roads. The State’s efficient Highway Administration will be responsible for the entire process of engineering,  financing and building. ‘The idea of this Superhighway was created on the local level, but we knew we could never make it without government support,’ says Carsten. ‘With this new Act, I’m pretty sure that the dream of a cycle link between all the Ruhr cities and its 5 million people will become reality soon.' However the future involvement of the Highway Authority definitely does not mean that the Ruhr region’s cities have nothing more to do with the RS1. ‘That’s unthinkable. The guys from the Highway Authority want us and our local expertise to build the sections. They’ll simply be the ones paying for it,’ laughs Carsten.

This new cycle autobahn, with a footpath running parallel to it, will span 101 kilometers by 2020, and will run partly on disused railway tracks. German autobahns are famous for lacking speed limits, says Deutsche Welle (DW) Germany’s international broadcaster, and now the country’s cycle autobahns are continuing the trend for both cyclists and pedestrians. When completed, the RS1 will connect 10 towns and could take 50,000 cars off the road per day, reducing Germany’s annual CO2 emissions. The first stretch opened in November 2015, providing 11 kilometers of superhighway between the cities of Essen and Mülheim. Funding from the European Union, the state of North Rhine-Westfalia and the Ruhr Regional Association (RVR) kick-started the project. For the first 11 kilometres, the project received 2.8 million euros in support from the European Union. But the state of North Rhine-Westphalia and cities involved in the project must take on costs of the remaining 90 kilometers on their own, and the new Act looks set to pave the way.

Plans for the RS1 ensure it will be 13-ft wide along its length, fully segregated from cars, and with flyovers and tunnels helping to avoid intersections. It will be fully lit and cleared of snow in winter. Almost 1.6 million people live within 1.25 miles of the RS1’s route; it could connect 150,000 students and 430,000 jobs. ‘It is hoped that the availability of such great infrastructure will persuade many people to start commuting by bike – with electric bikes making this choice even easier and faster,’ Martin Tönnes, RVR’s head of planning told The Guardian in 2016.

Bradford, and specifically the local district of Shipley, has been twinned with Hamm in Germany since 1976, and it’s a link that has lasted and prospered. The Bradford-based disability cycling hub, a collaboration between Bradford Disability Sports and Leisure, the Bradford Youth Service and Choices 4 All at the University of Bradford Union of Students, organises a cycle challenge between Bradford and Hamm every two years, with this year’s event taking place on 12-18 June 2017. The ride is over 450 km and provides a real challenge with riders using hand cycles, tricycles, tag-alongs and wheelchair transporter bikes. Looking forward to Cycle City Active City in Bradford, Carsten states: ‘Our twin City of Bradford shows much of the same fighting spirit and pragmatism you will only find in  working-class towns. What a great chance to share and complete our skills, and to prove that cycling can succeed, not only in a fancy metropolis, but everywhere!’ Carsten will be speaking about Hamm and the RS1 at Cycle City Active City in May.

Donate to support the Bradford to Hamm ride at https://www.justgiving.com/fundraising/Bradford-to-Hamm