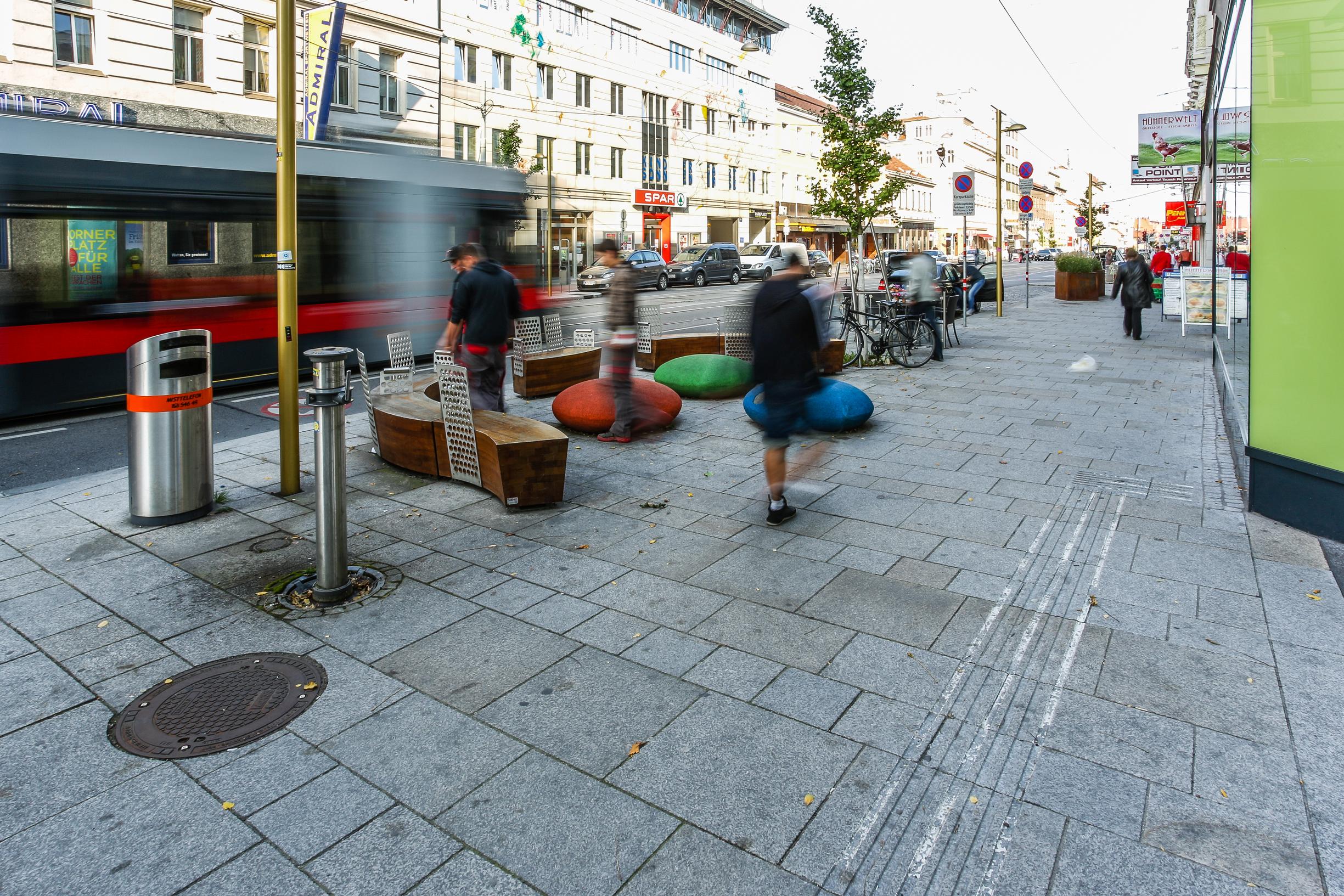 With a population of nearly 2.5 million people in its greater metropolitan area, Vienna is the largest city in Austria. The city is actively taking forward measures to improve sustainable transport, including stringent parking space management and improving conditions for pedestrians and cyclists. These policies are outlined in STEP 2025, Vienna City Council's Urban Development Plan, of which Andreas Trisko, Head of Department of Urban Development and Planning, City of Vienna, was a key contributor

Looking at transport in Vienna, there are many strengths: the dense public transport network and the good mix of urban choices; all a result of a consistent transport policy over the last 30 years in favour of environmentally friendly modes. While the modal-split data shows great performance in public transport use, and a high level of pedestrians,

one area that we would like to improve is cycling. We have been working on cycling with increasing intensity for the past 20 years, but we see that there is still a long way to go. But we are consistent, committing money for cycling every year, and we've built a really good working relationship between the politicians and the administration. We have the same challenges and issues with funding as other cities, but one thing that works in our favour is that we've been prioritising a liveable urban core for longer than most.

We want to raise the percentage of cycling in the Viennese modal split. This will be especially important in the future, as public transport is expensive to build and to maintain. Currently, we have more than 2,700 km of cycle lanes and cycleways, but we want to increase this and enable cycling as an everyday mode of transport. We have a succesful CityBike scheme, but we haven't reached the whole population yet. Vienna has an alpine profile, it's not flat, so we are hoping that the e-bikes that are gaining in popularity will be a really good opportunity for us.

Of course we also reach out and look at the way that other cities tackle the challenge. Maybe we need to be more radical, like in Copenhagen, or to learn from cities like London with its super highways. By radical, in this context we means the design of the cycle lanes. In the years to come, our objective is to give a lot more space to cycling. We already are working on what we call 'long cycling routes' which reach out into the city suburbs via routes that connect easily with the central city cycle network.

The Mobility as a Service research project SMILE was a pilot, which finished in 2015, aimed at developing the prototype for a standardised platform for all means of transport, available through an app. As it was successful, we are now taking it forward. This is a delicate task as there are so many different stakeholders to engage with, especially around issues to do with ticketing and scheduling systems, as several large public transport operators have backend systems that are not always 100% compatible with others are involved. In addition, it is proving especially difficult to involve the car-sharing providers, and convince them to integrate their apps with ours, and with each other's. As they are competitors, they are hesitant to enter an integrated system.

We however believe that there is a big market out there to capture and, with a one-stop-shop platform, we could help to make the cake grow, instead of focsuing on the size of the slices. Vienna already has a very good city travel app which covers pre- and on trip routing, links to ticketing, incorporates the complete public transport system and information on bike sharing. After the pilot, and on top of the integrated information system, the app “WienMobil” which truly integrates travel information and ticketing/payments over various modes is currently being rolled out and is constantly improved by adding services.

To also foster the integration of modes in the built environment, we are working to establish “mobility points”. These will be key locations across the transport system where a variety of mobility services are available. The idea is to improve integration and to develop multi-modal hubs across the network. We'll be beginning the first trials as of next year, both in the central areas and also some of the more suburban zones.

Solutions to the challenges of a growing city

One of Vienna’s main strengths is the incredible service quality in public transport, while making it accessible at very low prices. Thus a major challenge is securing ongoing funding to carry on developing and building a quality public transport network. We are a growing city; last year the population grow by 2.4%, so simply maintaining quality standards on the current network is challenging. The projections show that we need to expand the system to preserve the same level of service as we have offered up to now. Thus, in the next few years we will be building two new metro lines and two tramlines. Our existing tram network is very dense, network, so we only need a few high volume bus lines in operation. We establish these lines as the first step in extending routes for tramlines. One of these is currently in the planning phase, with the option to become a tramline in about 15 years.

We have our challenges with constraining car use. We don't have a congestion charge, but we do charge for parking in almost every area of city public space. Parking is restricted to short stays, with only a few exceptions for residents. Of course we have intense debates with the car lobby, but a focused coalition between the Socialist party and the Green party in Vienna sticks to its goals and follows through. Increasingly we also see that there are different perspectives, sometimes even major differences, between the politicians representing the central parts of town and those responsible for the suburban areas. This is where many discussions take place, and it can be challenging. But in the end it comes down to funding, and cycle infrastructure is paid for by the central politicians.

When approaching street design, we try to implement as many state-of-the-art measures as possible, for example widening the pavements, removing parking where possible, and prioritising active travel, and public transport. We have succeeded already with many projects, for example one of the city’s main shopping streets, Mariahilferstraße. This key street, which is used by 25,000 to 70,000 pedestrians per day, has been transformed into a pedestrian zone of more than 900m length with an additional shared space zone of 500m at each end. It was hard to build consensus, and when we did the work on pedestrianising the Mariahilferstraße there were lots of questions to be solved, but the city stuck with its plan. Following a fiercely debated interim redesign period, the final go-ahead for the scheme was sealed by a public referendum among the 48,642 residents of the street's two adjoining districts. Now that the project is completed, surveys show that more than 70% of the people are happy. This is a strong increase in relation to the result of the referendum, where only a very small majority voted in favour.

We have 23 districts in Vienna, and we aim to transfer this approach to all of them to make more space for walking and cycling. Our firm aim is to put people first, not cars.

Today, I believe that even when people drive cars, they appreciate the changes that have been made. The city is much less congested now than it was 20 years ago, and people of my age are very aware of that. But we have to be careful about the pace of change in each context; the suburban areas may not be ready to move so quickly, for example. But in general paying for parking in public space is increasingly accepted. The people that see no alternative to using their car can now still travel quite quickly, even though the urban densities and population have increased a lot. When I go to other cities I’m always amazed at how much congestion there is.

Of course there is some congestion in Vienna at peak times, but nothing like I regularly see in other cities. Also there is dissent and there are protests; I'm not going to pretend that there aren't. But I think we are moving towards a high level of citizen acceptance whereby even the interest groups of 'car drivers' realise that they're getting a better deal, and that change brings something for them too. I think it is better for everyone in Vienna than it was 20 years ago, and we are working hard, and believe we have the right solutions to make it even better in the future.

Andreas Trisko, Head of Department of Urban Development and Planning, City of Vienna, will be speaking at The Better Places Symposium, November 24, London