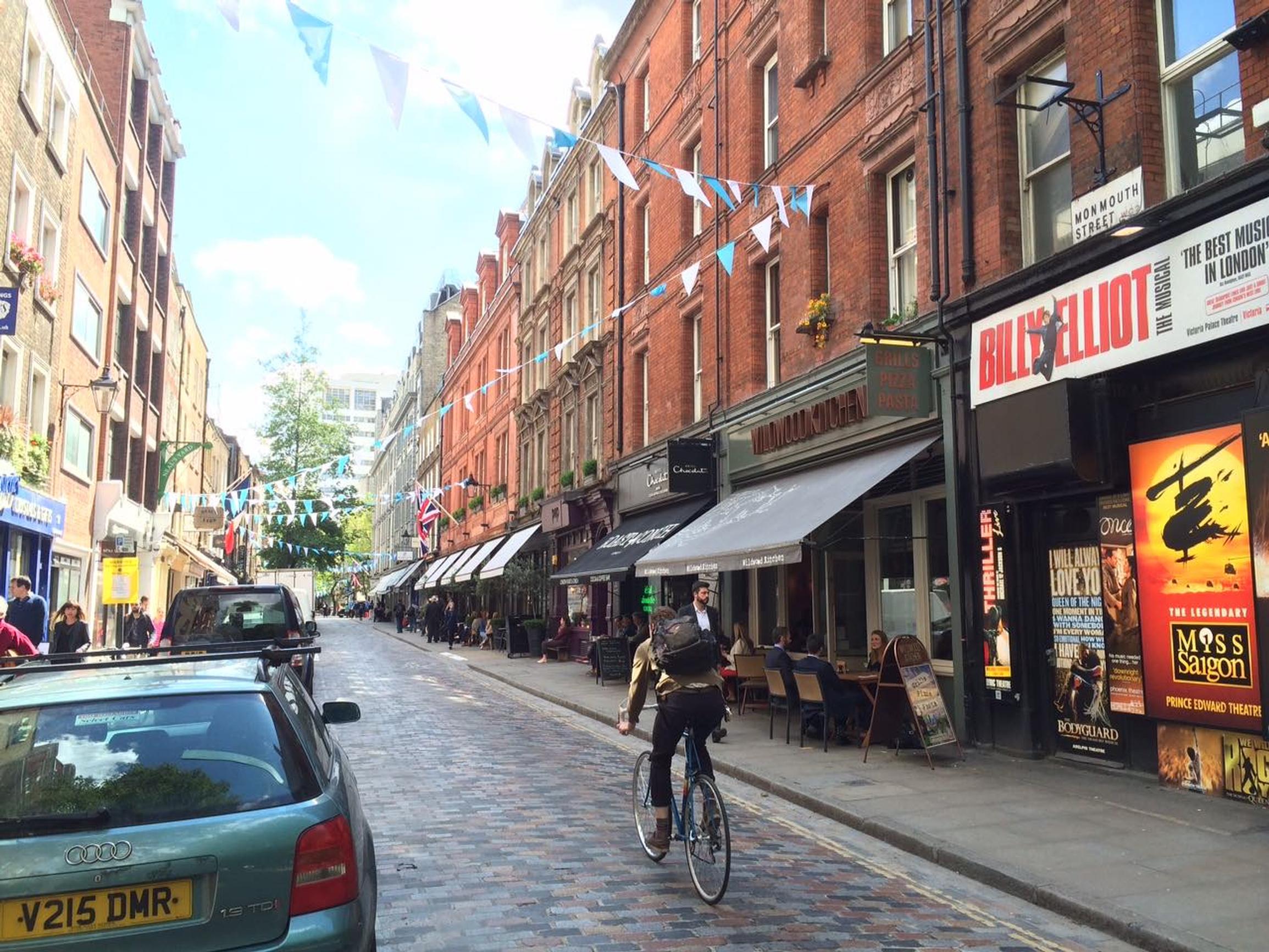 Seven Dials near Covent Garden: a good example of a humane and safe shared space

It seems like London is awash with grand transport projects. These range from CrossRail to HS2 to the Cycle Superhighways and the Garden Bridge, and they all promise to transform this world city through big money, big engineering and big design. In all the focus on big projects, I fear we are ignoring the impact that many small actions can have in transforming the city.

Indeed, it seems that the deck is stacked against the small project and the small actor, with the political attention being dedicated to the large interventions. Bidding and contracting rules as well as planning and environmental requirements make it harder for the small project or small developer than it is for the well-resourced grand project.

Yet when we look at some of London’s best streets and best places, we find that the modest improvement can be more satisfying than the expensive, highly designed intervention. The two-way conversion of Piccadilly, St James and Pall Mall, with simple pedestrian islands and quality materials seems to work much better for both cars and pedestrians than the highly designed Exhibition Road with its singular street furniture and markings oddly placed in the carriageway.

My favourite London junction is Seven Dials near Covent Garden, designed as a shared space by a developer a few hundred years before the term was coined. The junction of seven streets around a monument creates a genuinely humane and safe place, and recent efforts to remove unneeded signage and upgrade the pavements on adjoining streets has only made it better.

This kind of modest public realm project or small scale development is called Lean Urbanism and it occupies a seam or middle ground between the temporary intervention — such as a car free day or a pop-up shop — and the master planned project. Lean Urbanism aims to make the small possible again, both by removing barriers in planning and providing tools that make these projects more likely to happen.

Hank Dittmar is principal of Hank Dittmar Associates, an urban design and policy consultancy. He will be speaking at Transforming London Streets.