Global mayoral groups join to work against climate change...do I spot a lack of diversity? 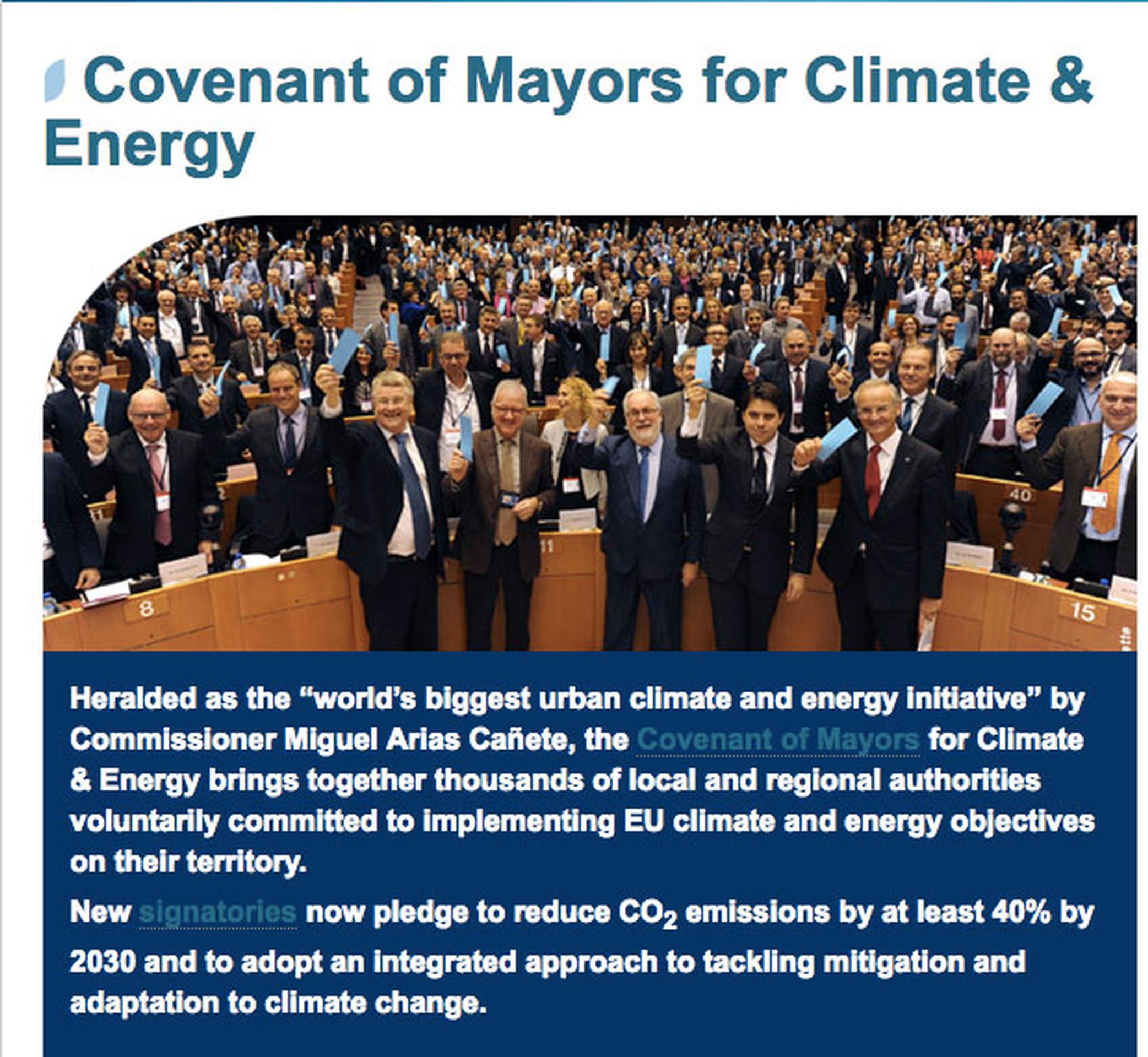 The world’s two primary city-led climate change and energy initiatives, the EU Covenant of Mayors and the Compact of Mayors, has announced the formation of a new, first-of-its-kind global initiative of cities and local governments leading in the fight against climate change. This single initiative, rather sadly formed (if the photo is to believed, of lots of whitish, middle-aged men), will create the largest global coalition of cities committed to climate leadership, building on the commitments of more than 7,100 cities from 119 countries and six continents, representing more than 600 million inhabitants, over 8% of the world’s population. Even more of a shame they are nearly all men, then!

The launch of the Global Covenant of Mayors for Climate & Energy comes six months after the historic Paris climate change conference, where cities were crucial voices in shaping and advocating for a strong global agreement, and is a historic and powerful response by the world’s local leaders to the urgent climate challenge.

The Covenant of Mayors was launched in 2008 by the European Union after the adoption of the 2020 European Union Climate and Energy Package. The Compact of Mayors was launched in September 2014 by UN Secretary-General Ban Ki-moon, UN Secretary-General’s Special Envoy for Cities and Climate Change Michael R. Bloomberg and mayors from global city networks C40, ICLEI and UCLG. Both initiatives have supported participating local governments in setting ambitious climate reduction goals, taking ambitious action to meet those objectives, and measuring their progress publicly and transparently.

The new Global Covenant of Mayors for Climate & Energy will be the world’s largest coalition of mayors promoting and supporting voluntary action to combat climate change and move to a low-carbon economy.

European Commission Vice-President Maroš Šefcovic said: "The EU Covenant of Mayors shows that when mayors share a vision of a low-carbon future and roll up their sleeves, things get done. Bottom-up and close to the citizens: that is the strength of the European Covenant. As of today, this will become the strength of the Global Covenant of Mayors for Climate & Energy, a coalition that is truly unique on the global scene. Never before have so many cities joined forces, eager to inspire each other and committed to collectively taking the path to a low-carbon, resilient society."

“Today, the world’s cities are uniting their efforts to fight climate change behind a single global organization, something that has never before happened," said UN Secretary-General’s Special Envoy for Cities and Climate Change Michael R. Bloomberg, who will Co-Chair the new Global Covenant of Mayors for Climate & Energy. “In unity there is strength, and this new Global Covenant of Mayors for Climate & Energy will help accelerate the progress cities are making and magnify their influence on the global stage. This is a giant step forward in the work of achieving the goals that nations agreed to in Paris."

By aligning city-led efforts, the Global Covenant of Mayors of Mayors for Climate & Energy will allow for greater collaboration between cities across the world, bridging gaps and building connections, as well as increasing funding to support and empower city action on sustainable energy and climate change. This merger will harness the convening and investment powers of the European Union and Bloomberg Philanthropies, as well as the critical global city network partners of each initiative, including C40, ICLEI, UCLG, Eurocities, Energy Cities and Climate Alliance – allowing for a stronger presence and visibility of local authorities in the on-going work of the UN Framework Convention on Climate Change.

The new initiative will provide a common platform that brings together relevant data on cities' energy and climate actions reported to the current EU Covenant platform and the platforms supporting the Compact of Mayors (CDP Cities and the carbonn Climate Registry), allowing for comparison of cities' achievements to other cities and towns all around the world, and make them publicly available through a new Global Covenant of Mayors website, to be launched by January 2017.

Combining the two initiatives will streamline and consolidate efforts to increase and capture the collective impact of city action and build even greater momentum for locally-led climate action. A single coalition will also simplify city participation, freeing cities to focus on a single commitment with both local relevance and global impact. It will provide greater clarity for cities and ensure more consistent and comparable data — giving investors the ability to see that the actions cities have been taking are having lasting, verifiable, and most importantly, investable impact. One of the political priorities of the Juncker Commission's Energy Union strategy is resilient and forward looking climate policy that facilitates transition to a low-carbon, secure and competitive economy. The new initiative will be an important tool for achieving this goal.