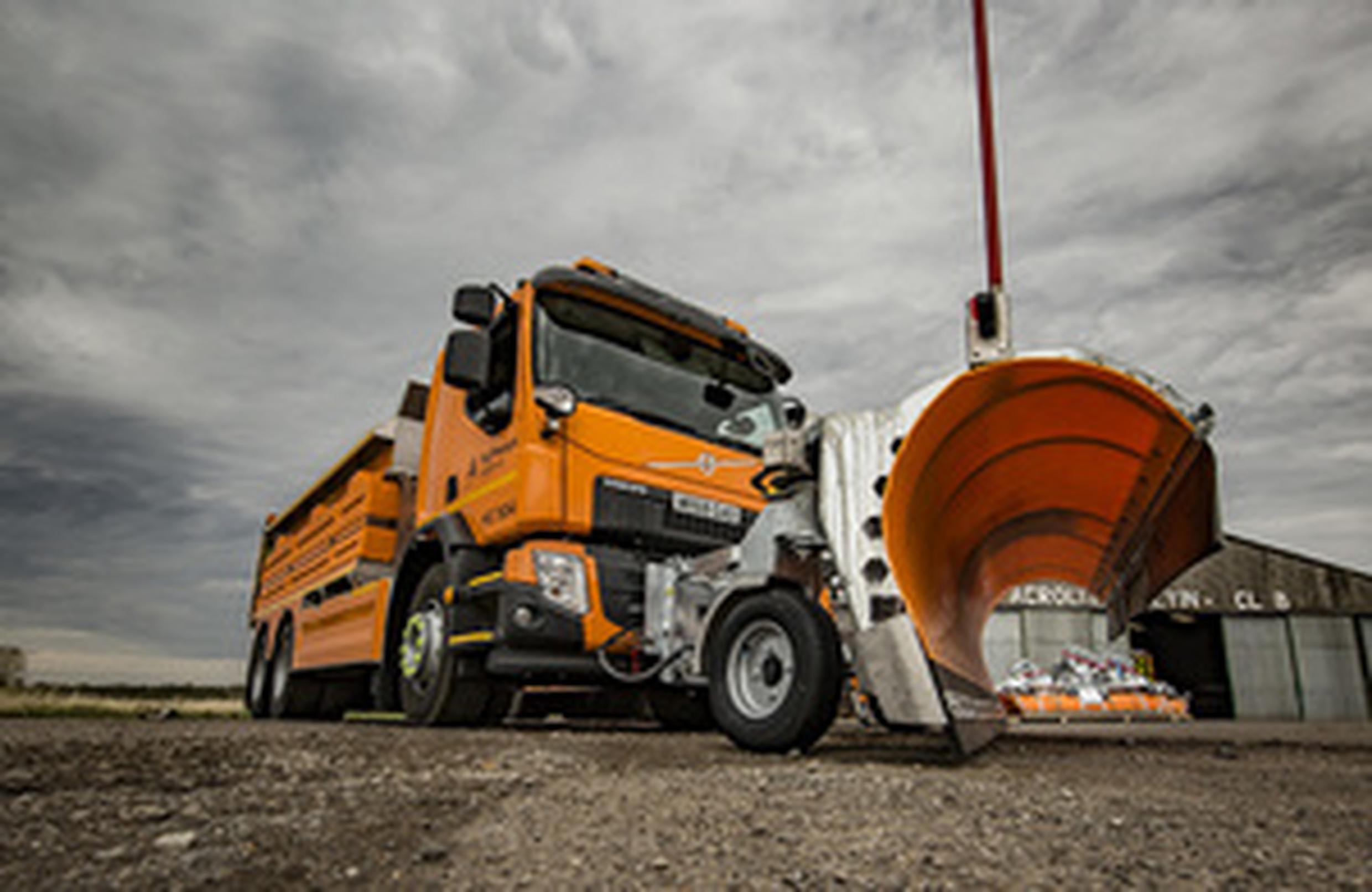 Local authorities are being advised to stock-up on salt and grit to keep key routes open. Roads Minister Baroness Vere has called upon local authorities across the country to ensure key transport routes to COVID-19 test centres are kept open and running smoothly this winter.

Baroness Vere has written to councils urging them to ensure their supplies of salt and grit are topped up so that essential routes, such as those to hospitals and COVID-19 testing stations, are well maintained as the country prepares for the potential challenge of severe weather alongside COVID-19.

The Government is asking councils to include all COVID-19 testing centres, both walk-in and drive-in, as part of their key route planning. She wrote: “It is important that your authority works closely with your Local Resilience Forum and other key organisations and responders within your area, as well as ensuring effective communications plans are in place for you to inform residents, businesses, and other key organisations and services as part of your winter service.”

Alongside councils’ stocks, Highways England maintains a salt stock of 270,000 tonnes for use on its roads network, with a further 357,000 tonnes held in a national salt reserve. Salt producers, through the Salt Association, have confirmed that production is at sufficient levels to protect road users over the coming months.

Baroness Vere's letter said the Department for Transport would be undertaking regular monitoring of salt stocks being held by highway authorities.

As well as the national emergency salt reserve the Government retains, a Salt Protocol Note has been published on the DfT section of the GOV.UK website. This sets out the arrangements for the allocation of the reserve salt, if, and when, it is required.

Baroness Vere said: “In 2017, the ‘Beast from the East’ arrived toward the end of the winter period and a number of authorities, unfortunately had to request mutual aid from the Department. We expect authorities to guard against complacency, and a repeat of 2017, by managing and maintaining their salt stocks throughout the winter season. It is the department’s view that it is unfair to expect salt producers and hauliers to deliver within 24 hours of an order being made, particularly when the country is entering a severe snow event; and once a highways authority has used any stock, it should re-order what was used so as to retain the 12-day benchmark throughout the winter season.”

The Government has also invested over £16m to help Highways England roll out 93 new gritters for use on motorways and major A-roads. The gritters join a 535-strong winter fleet, including 23 snow blowers capable of removing up to 2,500 tonnes of snow per hour.

A further £40m will be invested by Highways England to help over 250 replacement winter vehicles join the fleet.

Transport Secretary Grant Shapps, said: ”This year, it is more important than ever that Britain is prepared for the winter as we continue to tackle the pandemic. Through this work, we’ll ensure key routes to COVID-19 test centres remain open in the coming months.”

Jim O’Sullivan, Chief Executive of Highways England, added: “Our winter fleet will be out treating our roads around the clock whenever ice or snow is forecast, but it is still important that drivers plan their journeys, make sure they are prepared for the winter weather and drive safely in all conditions.”

The Department for Transport said that the UK’s rail network is also being prepared for the more challenging weather conditions, with contingency plans put together so essential workers can rely on the railways.

Network Rail and train operators are implementing a range of measures, from deploying specialist cold-weather vehicles such as de-icers at strategic locations, to using inflatable flood defence measures, as well as special timetables ready to implement if needed.

The Department for Environment, Food and Rural Affairs (Defra) is working to reduce the risk of flooding across England, with a £120m programme of repairs for flood defences following last winter’s extreme weather on top of £2.6 billion invested in the construction of new flood and coastal defences since 2015.

The Environment Agency is ready to respond to flooding this winter with 250 high volume pumps available and 6,500 trained staff across the country. People can check their flood risk and sign up to flood warnings online.