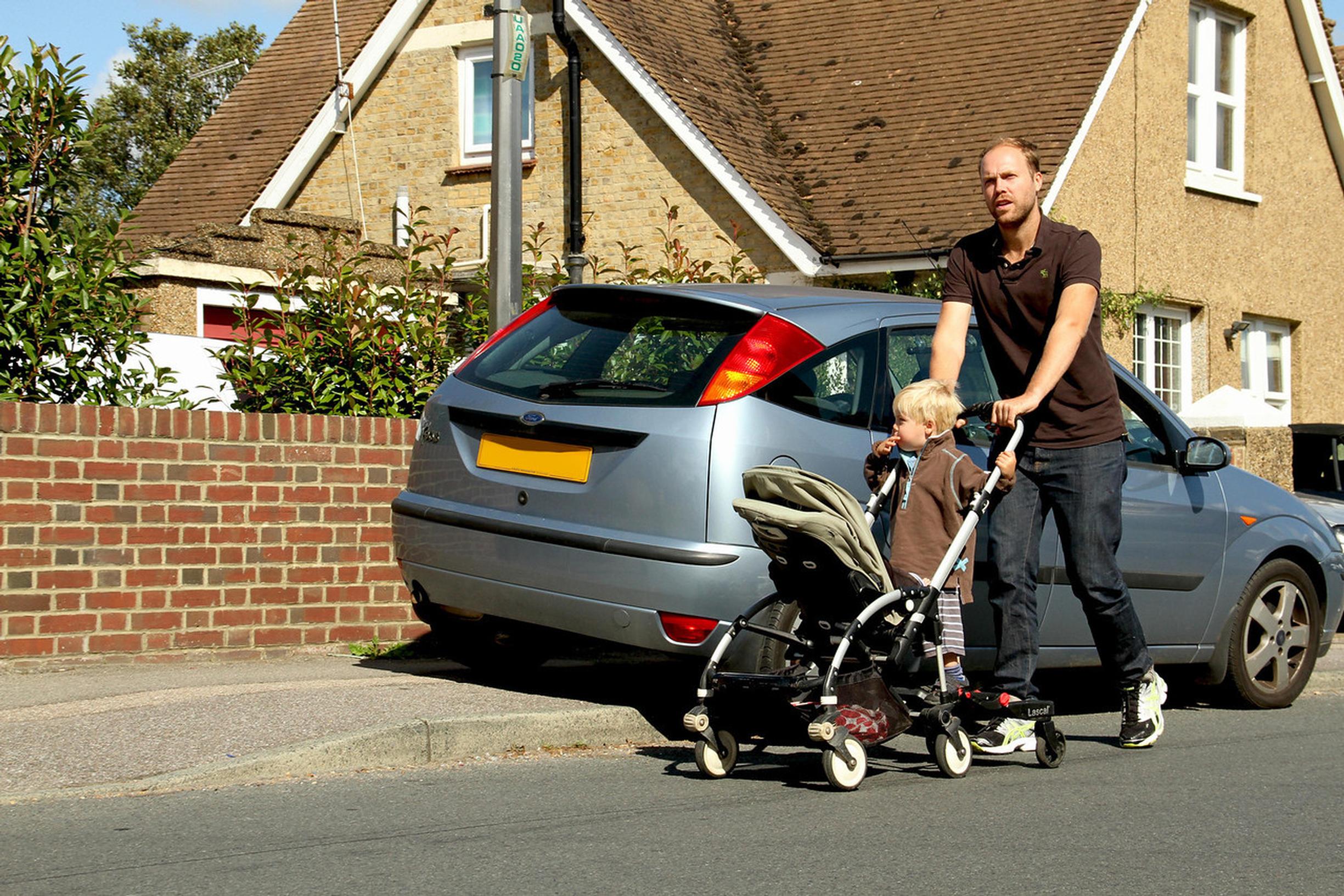 Footway parking presents a clear safety risk when parked cars occupy the pavement and force vulnerable pedestrians to move into the road. Now, parking on pavements could be banned across England under government plans to ease journeys for disabled people and parents pushing prams.

Parking on footways is banned in London but elsewhere in the country it is only prohibited for lorries, with local authorities left to introduce prohibitions on a street-by-street basis. It is currently an offence to cause an unnecessary obstruction on the highway, which is only enforceable by the police.

The Department for Transport (DfT) said it wants to make pavements safer for people with disabilities and families by banning anti-social parking. The department said parking on pavements disproportionately affects people with visual or mobility impairments, those assisted by guide dogs, and wheelchair and mobility scooter users.

Disabled people say that pavement parking is a significant barrier to carrying out daily journeys. A review of the issue conducted by the DfT indicates that more than 95% of wheelchair users and people with visual impairments say they have faced problems as a result of vehicles parked on pavements. Recent research from the charity Guide Dogs shows that 32% of people with vision impairments and 48% of wheelchair users were less willing to go out on their own because of pavement parking, decreasing independence and contributing towards isolation.

Three options are proposed in the consultation:

1.    improving the traffic regulation order process to make it easier for councils to prohibit pavement parking in their areas
2.    giving councils powers to fine drivers who park on paths
3.    London-style nationwide ban on pavement parking.

However, the department says there is still a major role for cars and other private vehicles, so any future plans will need to take this into consideration. As many streets were built decades and centuries before the high levels of vehicles currently on roads, the DfT said any measures will need to ensure the free-flow of traffic and access for the emergency services.

The issue of pavement parking has been highlighted in a long-running campaign run by the charities Guide Dogs and Living Streets. The charities have attracted support from MPs, who have launched Private Member’s Bills on the issue, and have been supported by a wide range of organisations, including Mumsnet and the British Parking Association.

While a consultation on pavement parking has been expected for some time, the emphasis on encouraging walking and cycling as means of aiding social distancing in urban areas seems to have been a factor in its launch on the August Bank Holiday. The consultation is being framed as the latest step in the government’s pledge to deliver on commitments to make transport equally accessible for all users by 2030, as set out in the Inclusive Transport Strategy.

Transport secretary Grant Shapps has been stepping up efforts to encourage active travel – such as walking – as part of a green, post-COVID recovery, and level up road quality across the country. The government announced £2bn in May to get more people walking and cycling, and £2.5bn in the Budget towards repairing potholes as part of a nationwide programme.

Shapps said: “Parking on pavements means wheelchair users, visually impaired people and parents with push chairs can be forced into the road, which is not only dangerous, but discourages people from making journeys. A key part of our green, post-COVID recovery will be encouraging more people to choose active travel, such as walking, so it is vital that we make the nation’s pavements accessible for everyone.”

The Department for Transport consultation follows intensive lobbying by charities such as Guide Dogs and Living Streets, who welcomed the announcement.

Stephen Edwards, director of policy and communications at Living Streets said: “We’re regularly contacted by disabled and older people who feel trapped in their homes because there isn’t enough room on the pavement for wheelchairs or mobility scooters. This has impacted more people during the pandemic with blocked pavements affecting everyone’s ability to physically distance.”

Blanche Shackleton, head of policy, public affairs and campaigns at Guide Dogs said: “For many people with sight loss, cars and vans parked on the pavement make our streets stressful and dangerous to navigate. At any time, you might be forced out into the road with traffic that you cannot see. When every journey is an ordeal, simply going out independently can become daunting.”

There was also support for action on pavement parking from the Mumsnet online forum. Justine Roberts, founder and chief executive of Mumsnet said: “Lots of us have occasionally parked a couple of wheels up on the pavement to leave space on the road without really thinking about how it might inconvenience people. It's a topic that comes up regularly on Mumsnet, where wheelchair users and people with buggies share stories about being forced into the road, or having to double back long distances.”

Motoring organisation AA struck a more sceptical tone, calling for site specific action and alleging local authorities will be motivated by the opportunity to generate revenue. Jack Cousens, head of roads policy for the AA, said; “A driver who deliberately parks in an obstructive manner and blocks the path of any pedestrian should expect to be punished. However, an outright ban on pavement parking could cause a series of unintended consequences. As we have seen over the past few weeks with road closures and narrowed roads, councils have acted with little consultation and in many cases lost confidence of the communities they serve. Local authorities should make a street-by-street assessment and where pavement parking is allowed, markings should show how much pavement can be used. While councils have always had the powers to tackle problem parking, it would be typical if the only time they act is when there is fines income to be had from it.”

The logistics sector has advised a cautious approach. In her response to the consultation on pavement parking in England, Natalie Chapman, head of urban policy at Logistics UK, said: “Logistics UK’s members agree that pavements are for pedestrian use first and foremost – their safety and access must come first – and this is particularly important for vulnerable groups such as wheelchair and pushchair users and for the blind and partially sighted. But we must also ensure the government considers the needs of logistics in its decision making to ensure that goods can keep moving efficiently and effectively through our towns and cities.

“For example, the government must ensure a pavement parking ban does not further narrow residential streets where cars currently park partially on the pavement, as it could prevent access for refuse collection vehicles, home deliveries and emergency services.

“In addition, there will be occasions where commercial vehicles need temporary pavement access for loading or unloading goods to prevent blocking the road to passing traffic. We will be submitting a response to the consultation to ensure the government’s strategy takes these situations into account and puts appropriate exemptions in place.”