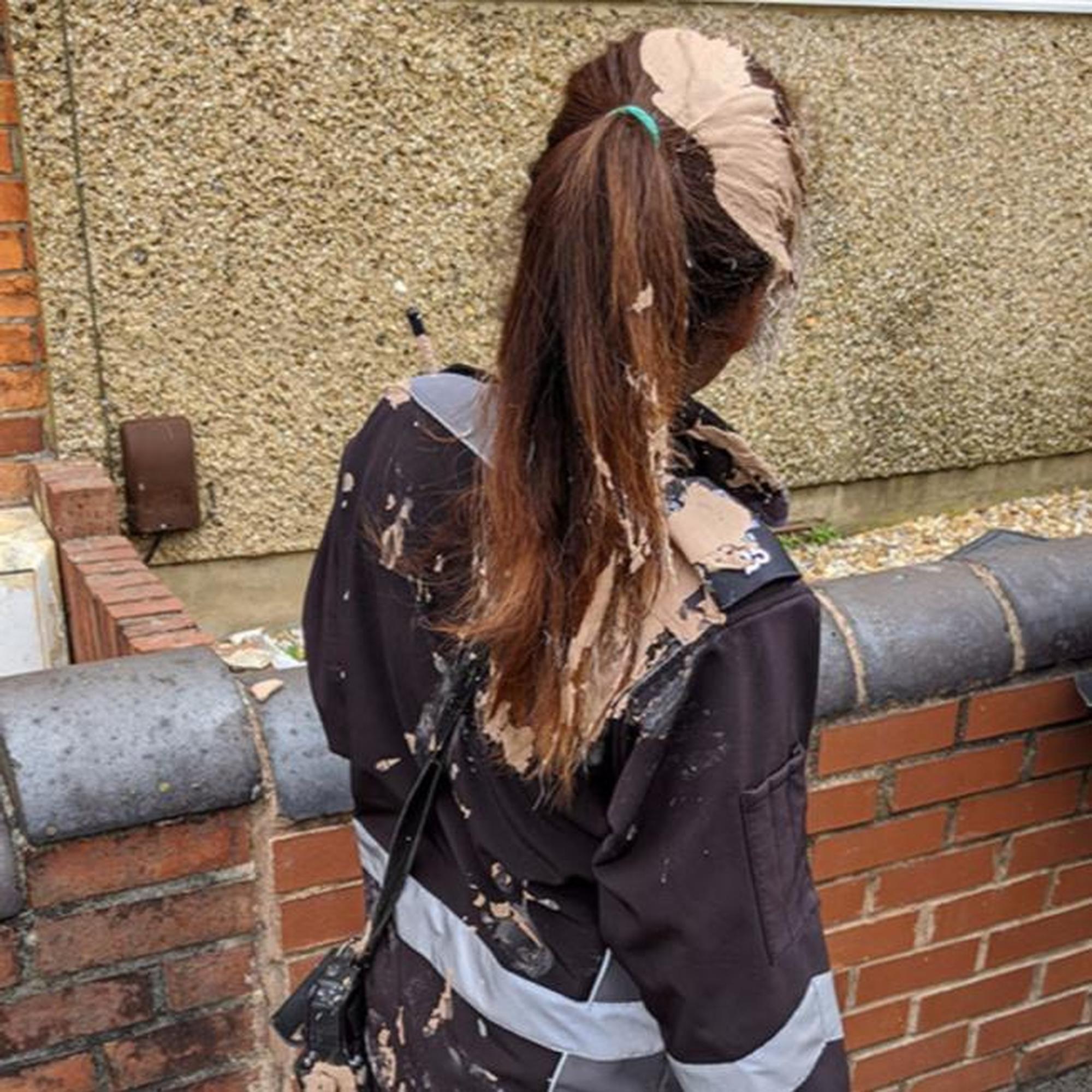 A civil enforcement officer working in Swindon was attacked by a motorist, who covered her in plaster after objecting to being issued a penalty charge notice.

A picture of the officer targeted was posted by Swindon Borough Council on Twitter. It shows her head and jacket covered in light brown plaster.

The council tweeted: “We’re sad to report that, this week, our parking wardens have been assaulted three times, one was even covered in plaster. We understand that you are using your cars more and need to find parking, but that’s no excuse for dangerous parking or this kind of behaviour.”

The council did not reveal exactly when or where the assault took place.