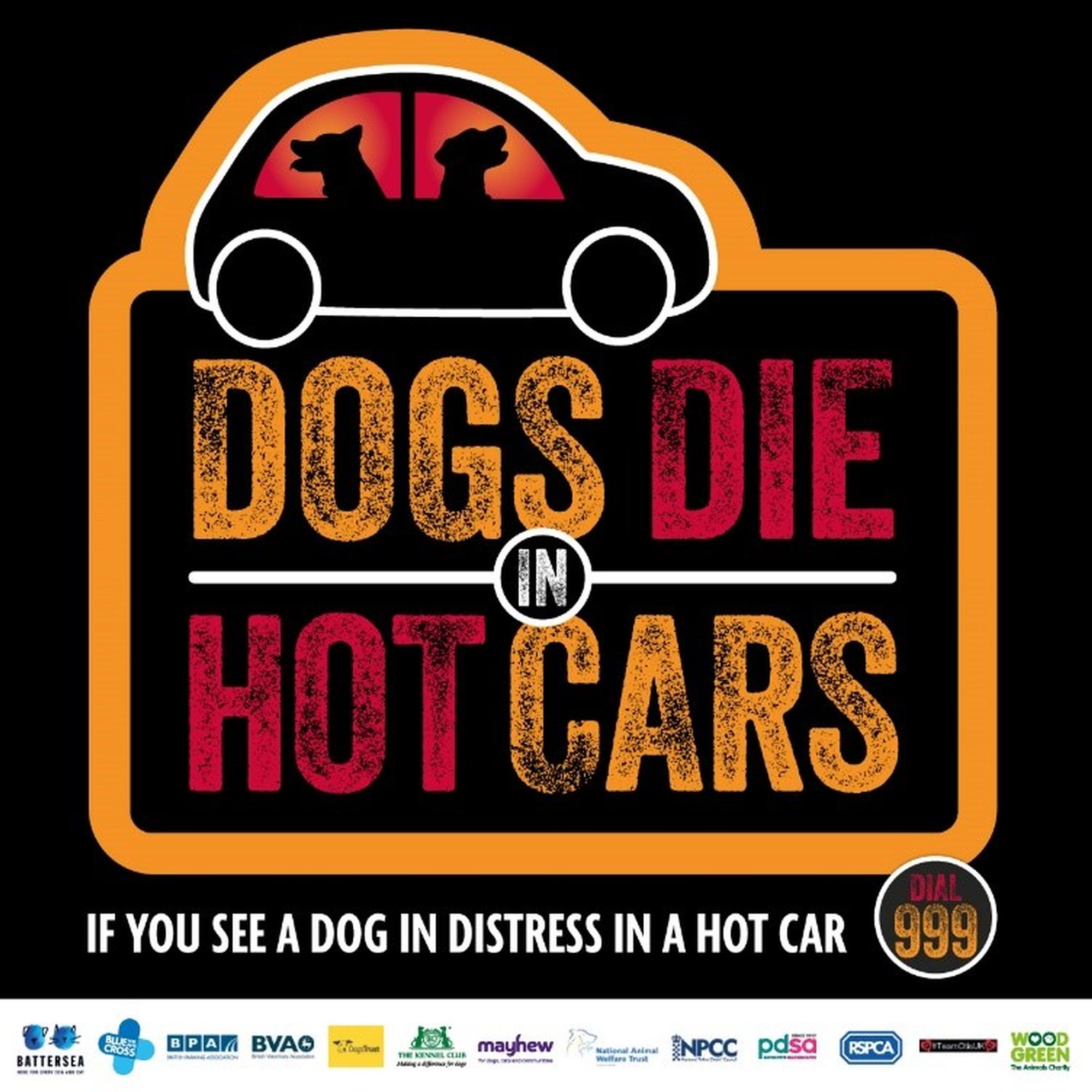 Car park operators and on-street enforcement teams are being asked to keep an eye out for dogs being left in cars on hot days, a situation that can prove fatal.

The Royal Society for the Prevention of Cruelty to Animals (RSPCA) receives thousands of calls each year of animals being left alone in cars on warm days. It has launched a new campaign bluntly called ‘Dogs die in hot cars’.

The animal charity says many people believe it is okay to leave a dog if the windows are slightly open or they park in the shade, but this is still very dangerous.

A car can quickly become oven-like, even when it does not feel that warm. When it’s 22oC outside, inside the car can reach 47oC within an hour.

The RSPCA explains that when dogs are too hot and unable to reduce their body temperature by panting they develop heatstroke, which can be fatal. Dogs that are most prone to heatstroke are very old or very young animals, dogs with thick, heavy coats and dogs with short, flat faces. If a dog is on medication or has an underlying health condition it can also be susceptible to heat stroke.

If a dog that has been left in a car looks like it is in distress, the first thing to do establish the animal’s health and condition. If the dog is panting or drooling excessively, or displaying any signs of heatstroke, then call 999 immediately.

The British Parking Association (BPA) is supporting the campaign. “Dogs are often found in our members’ car parks, which is why we are very happy to be one of the 13 stakeholders who support this campaign,” said the association.

“As a result parking attendants across the UK will be doing the very valuable job of assisting the public and patrolling car parks to prevent dogs being left in cars. “Over 60 of our local authority members are supporting the campaign including the six target areas where the impact of the campaign will be measured in Cornwall, Sevenoaks, New Forest, Swansea, Blackpool and Brighton and Hove.”