Visions of parks and car parks 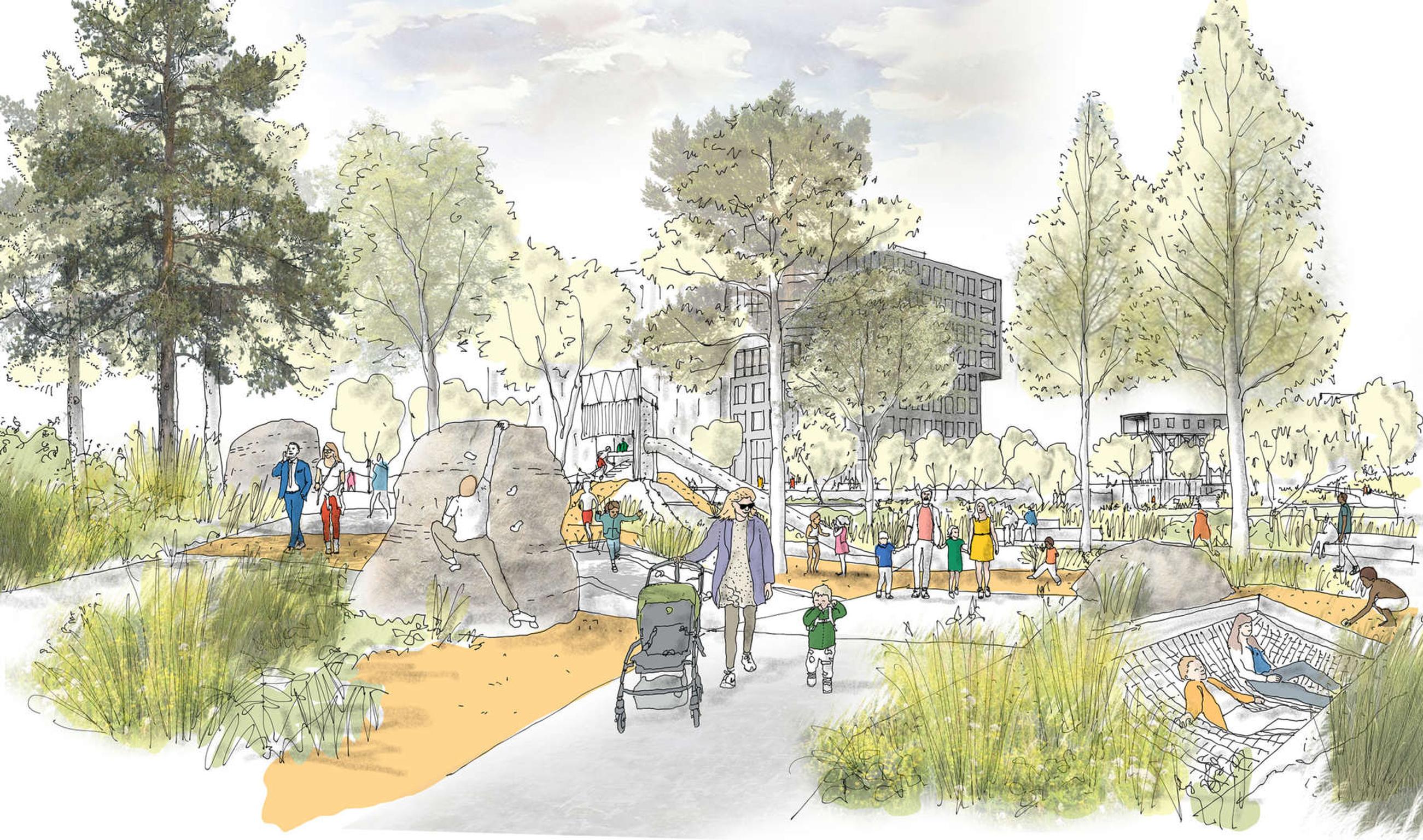 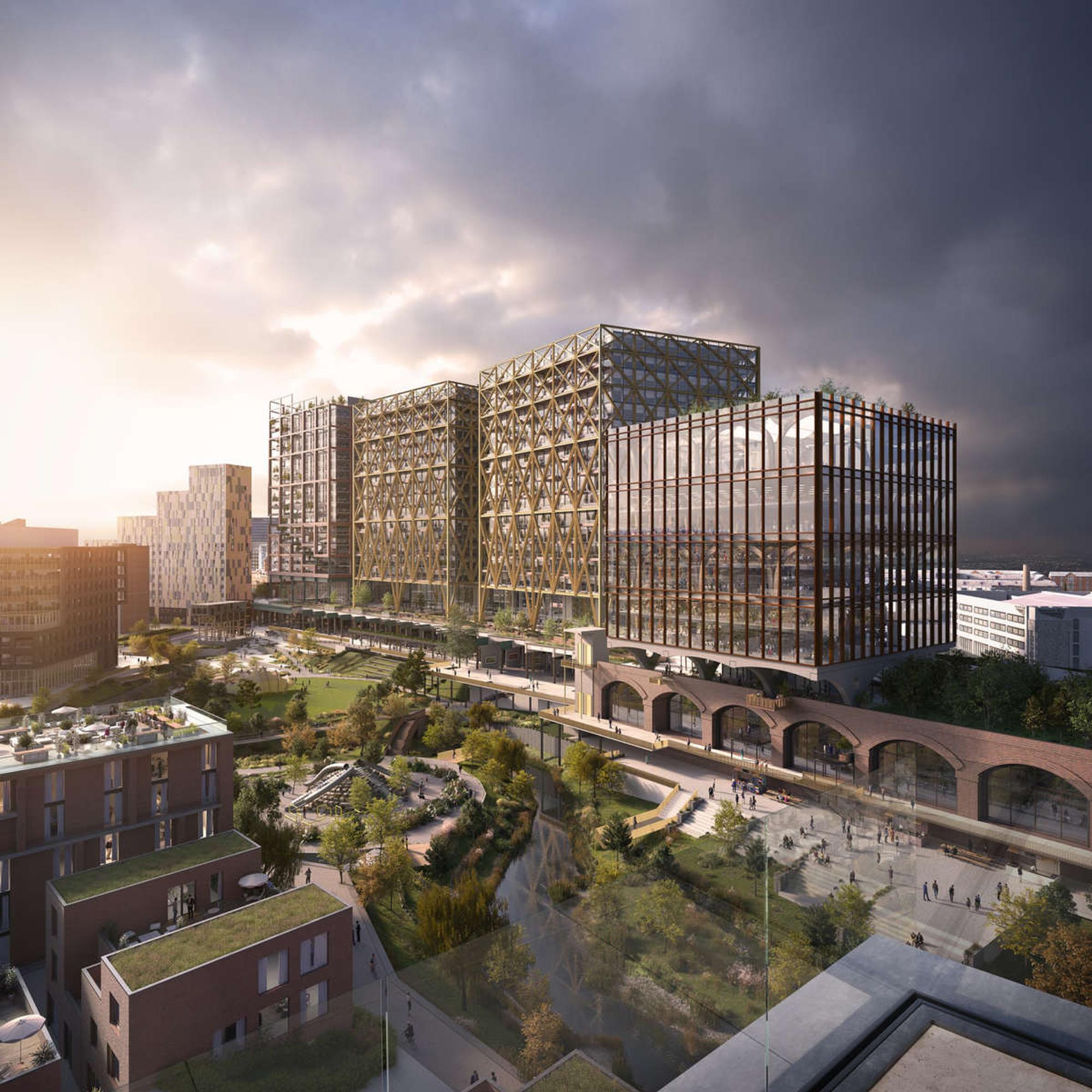 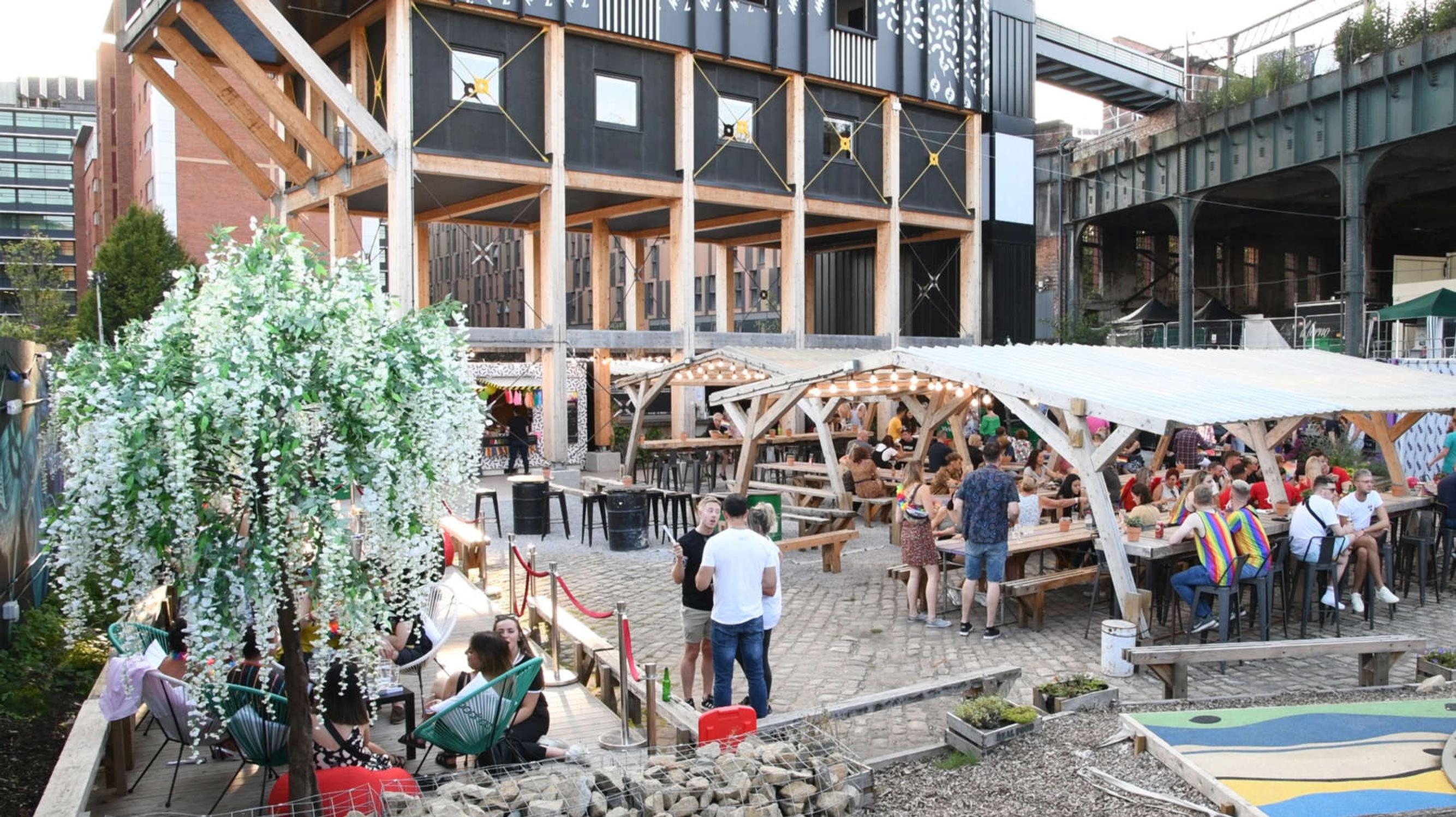 A multi-storey car park will be one of the first structures to be built as part of a £1.4bn urban regeneration scheme in Manchester. Phase one of the Mayfield development will feature commercial buildings and the city centre’s first new public park in 100 years.

Mayfield is the site of a former printworks, rail station and train depot which closed in the 1980s, falling into dereliction.

The new neighbourhood taking shape is being designed around a new 6.5-acre park, which will be built along the banks of the newly uncovered River Medlock which winds through the heart of the site. The park will be overlooked by two new commercial buildings – The Poulton and The Republic.

The 581-space multi-storey car park, equipped with electric vehicle charging points, will be created at the south of site.

The project is being delivered by The Mayfield Partnership, a joint venture between regeneration specialist U+I, Manchester City Council, Transport for Greater Manchester (TfGM) and developer LCR.

Deloitte Real Estate is acting as planning adviser to The Mayfield Partnership. Studio Egret West is the overall masterplanner for Mayfield, landscape architect for Mayfield Park and has also designed the multi-storey car park. Bennetts Associates is designing The Poulton and Morris + Company The Republic.

The public park, commercial spaces and car park will sit alongside a range of historic buildings, including the landmark former railway station on Fairfield Street, which are being retained and redeveloped as part of the regeneration. The Victoria station buildings and platforms still remain and the existing heritage assets of the area will form a central part of the regeneration of the area.

The site’s vast depot building has already been transformed into a new cultural venue, Depot Mayfield, which contributed to bringing 330,000 visitors to Mayfield in 2019.

In September, Depot Mayfield was named the best use of brownfield land in placemaking in the Planning Awards 2020. The judges described the scheme as “a hugely transformational project with communities at its heart”.

Studio Egret West’s founding director David West said: “Since 2016, we’ve been working with our client, The Mayfield Partnership, to breathe new and much-needed life into this 24-acre derelict site, with a shared vision to transform it into a thriving mixed-use community in the heart of Manchester.

“From the creation of the city centre’s first new public park in 100 years, to the re-use of historic buildings and the remediation of a hidden river, Mayfield is an exemplar of community-led brownfield regeneration. We wanted to create a buzz from day one, paving the way for the social, economic and environmental benefits to come. We’ve done this with a host of pop-up and meanwhile uses.”

Richard Upton, chief development officer at U+I, said: “Mayfield will be one of the UK’s defining urban developments this decade. The plans for the first phase bring together exceptional new workplaces with cultural space, centred on a beautifully landscaped park that will provide a transformative and sustainable public amenity for the people of Manchester long into the future.

“From welcoming tens of thousands of visitors every week at one of the UK’s best new cultural venues – Depot Mayfield – to the range of enterprises that already call Mayfield home, this long-dormant area is already playing an active role in the city’s life once again.”

Sir Richard Leese, leader of Manchester City Council, said: “The Mayfield scheme will deliver real improvements and opportunities for Manchester’s people. Not only will it create a significant new city centre green space for people to enjoy – something which was integral to the masterplanning of this development – but it will also deliver thousands of new jobs, transforming an unloved and largely underused part of the city centre into a world-class gateway.”

Studio Egret West's David West added: “Our role on this major regenerative project includes leading the landscape design for the new park and surrounding public realm strategy. Here, our ‘nature first’ proposals include opening up the River Medlock, allowing nature to finds its way into the city, creating new riverside habitats and providing a flood plain that can accommodate climate-change scenarios.

“The planting design of this floodable park is being shaped with the future in mind, pre-empting the likely climate shift of 1-2 degrees, and the hard materials will either be recycled or sourced locally to minimise carbon footprint but maximise local character.”

Phase one of the £1.4bn development will receive £23m from the government’s £900m Getting Building Fund, unveiled in June by Prime Minister Boris Johnson.