In May 2020, the Energy Saving Trust announced that 18 local authorities had secured funding from the £2m e-cargo Bike Grant Fund, monies made available to support the purchase of e-cargo bikes across England 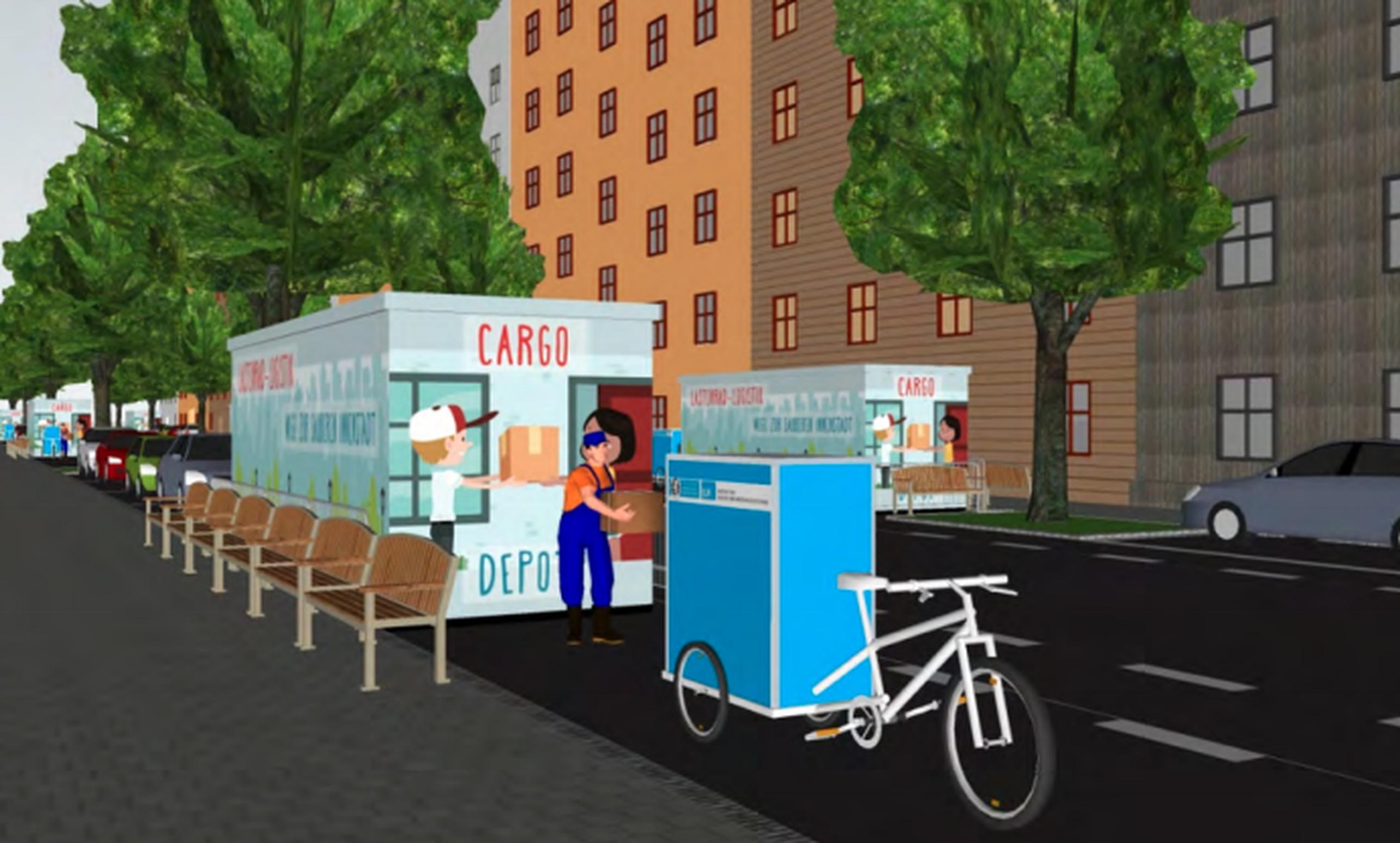 Cargo bikes are used every day by thousands of individuals all over Europe, and their popularity with local authorities and riders is growing fast. And with its renewed focus on walking and cycling, the UK is following the European example by supporting the use of cargo and e-cargo bikes for last mile deliveries and general local authority services. Coming in various forms, and with or without electric assistance, cargo bikes offer a versatile, cost-effective and low carbon transport option for both goods and people.

With more deliveries to our homes than ever, last mile delivery is an important area for consideration in our journey to reduce transport emissions to net zero by 2050

In May 2020, the Energy Saving Trust announced that 18 local authorities had secured funding from the £2m e-cargo Bike Grant Fund, monies made available to support the purchase of e-cargo bikes across England. The scheme is funded by the Department for Transport (DfT) and delivered by the Energy Saving Trust, and further announcements on additional support are expected later in the autumn.

Local authorities across England were invited to bid for up to £200,000 each to purchase e-cargo bikes for use by local businesses or deployment within their own fleets. Additionally, funding was allocated through the fund’s national scheme offering limited companies and organisations up to 20% grant funding towards e-cargo bikes.

British bike brand Raleigh, which recently announced the launch of its new e-cargo bike range for businesses, and has partnered with its home city of Nottingham to provide the city with a fleet of e-cargo bikes and trikes. Nottingham City Council will team up its local manufacturer to produce the e-cargo cycles after the authority was successful in bidding to the Energy Saving Trust for nearly £50,000 of Government funding.

These bikes and trikes will be used by council officers and employees and will be distributed to small businesses and the council's project delivery partners. There is also an opportunity to brand the e-cargo bikes with company logos and messaging, offering a great marketing tool to promote the business and zero emission delivery service.

There will also be funding available to small businesses to purchase the bike themselves, in effect a 'try before you buy' type scheme, with the bikes available on short-term loans.

Says Edward Pegram, Raleigh's UK business manger: 'E-commerce has really revolutionised the way we purchase, ship and receive goods and services. It's estimated that 97% of the UK population now make multiple purchases online. Our roads can't sustain the current volume of traffic, and commercial vehicles make up around 15% of the vehicles on the road.

'The recent Government announcements around future plans for walking and cycling infrastructure in the UK – the publication of the Gear Change strategy and Local Transport Note 1/20: Cycle infrastructure design has really accelerated our e-cargo bike plans,' he added. 'This will mean that travelling by bike is easier and, crucially, a lot safer.'

Average vehicle speeds in our towns and cities have reduced dramatically, says Edward Pegram. If you take London for example, traffic speeds have dropped to an average of nine miles an hour in the Greater London area. Delivering good and services by traditional commercial vehicles is becoming costly and inefficient considering these speeds, and any additional parking charges.

Nottingham City Council agrees, saying the e-cargo bikes provide a cost-efficient, zero-emission way to transport cargo, are easier to manoeuvre and park and provide consistent journey times; not to mention the health benefits for the riders.

Councillor Adele Williams, Nottingham City Council, commented: 'We know that e-cargo bikes have been very popular in other major European cities and we hope they will prove so in Nottingham – we have set out to enable a clean freight system as part of our Carbon Neutral action plan. Securing the funding for these bikes demonstrates our commitment to achieving this.'

Cllr Williams is certainly right about the incredible rise in the use of cargo and e-cargo bikes in Europe. 'We are really at the tipping point of making massive changes,' says Richard Armitage, co-director of the The European Cycle Logistics Federation (ECLF).' We are now beginning to work on e-cargo bike standards, which will help us move to the next level.' ECLF  has been a key partner in the City Changer Cargo Bike project in Europe, which aims to exploit the huge potential of cargo bikes to achieve a faster, more cost-effective and larger scale deployment.

Raleigh is keeping its range simple at the moment, but has plans to diversify the range in future. 'We are looking at e-cargo options for both consumers and business, as e-cargo bikes could be a solution for families that want to replace the car for short journeys and businesses to replace costly commercial vehicles for inner city deliveries,' says Pegram.

Things are changing fast, he says. ‘The recent ‘Gear Change’ announcement from the government is great news and shows how bicycles should be viewed as a vehicle not just something for leisure or sport.'

According to research, says Raleigh, consumers are willing to pay up to 5% more for products and services that are environmentally friendly and, as online sales increase year on year, so does the demand eco-friendly last mile delivery services. Coupled with government and local authorities ambitions to become carbon neutral, electric cargo bikes will be pivotal in providing an alternative, environmentally friendly solution to rival that offered by light vans and even HGVs.

Devon County Council’s work will encourage the uptake of e-cargo bikes across partner organisations to support sustainable active business travel as an alternative to car and van use. The bikes will be used to support Exeter’s ambition for net zero service with two of the totals used by the local hospital’s adult and social care teams to help care for the most isolated people in the city.

Tim Anderson, Head of Transport at Energy Saving Trust, said: 'It is exciting to see the strength and breadth of applications supported by the eCargo Bike Grant Fund.

'We received 58 applications and the 18 local authorities who have been successful in securing funding offered compelling cases for e-cargo bikes across a range of activity. These projects will purchase a total of 273 e-cargo bikes and nine e-cargo bike trailers, enabling more businesses to benefit from access. A further 409 e-cargo bikes have been grant funded direct to 146 organisations through the national element of the programme.'

E-cargo bikes are an attractive low carbon transport solution that are becoming more and more widely adopted, he adds. They offer significant benefits, most impressively fuel cost savings and contributing to improved local air quality which are particularly attractive as we work towards a green recovery following the Covid-19 outbreak. 'With more deliveries to our homes than ever, last mile delivery is an important area for consideration in our journey to reduce transport emissions to net zero by 2050.'

A Mayor’s Guide to Cargo Bikes