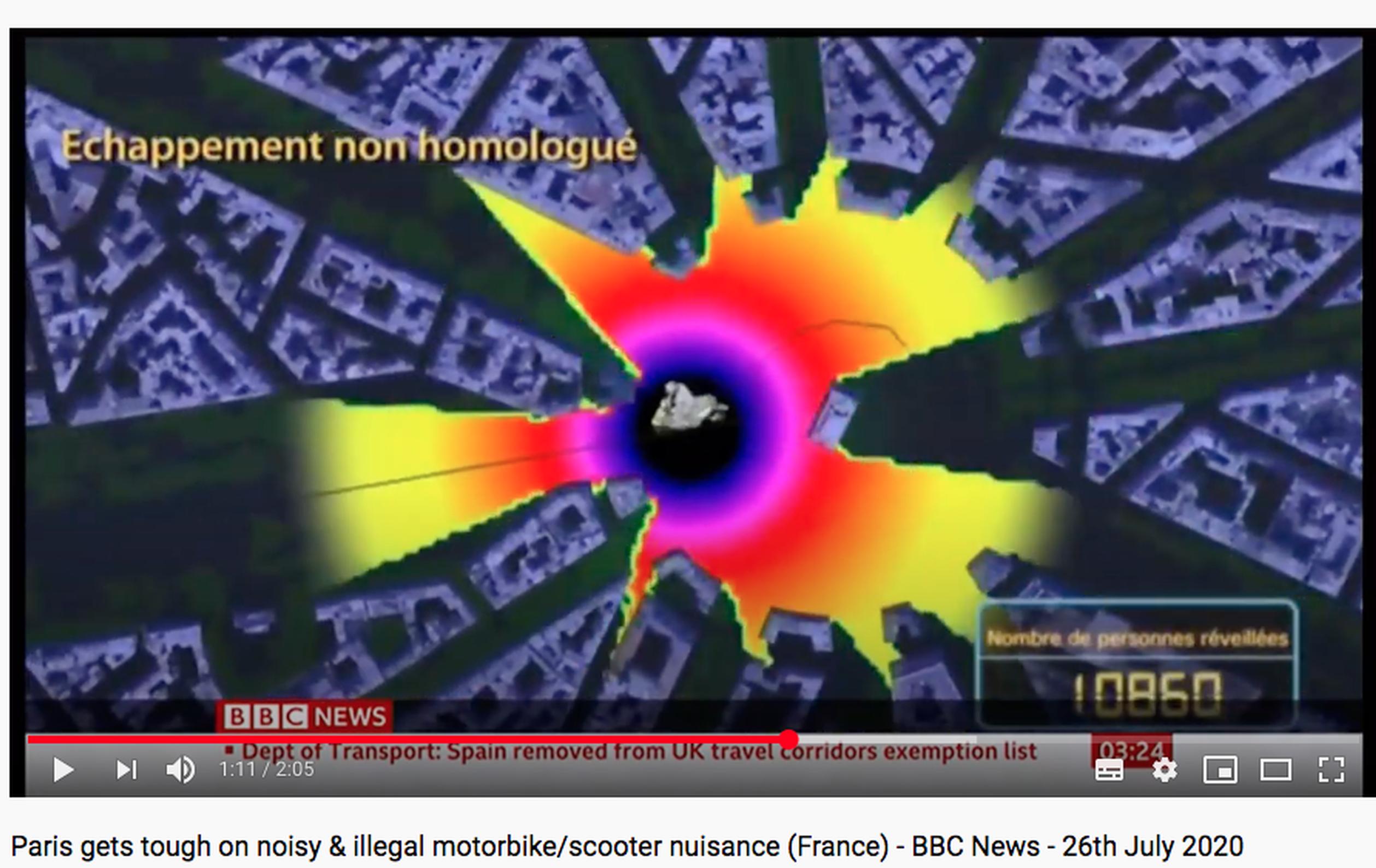 The lockdown experience in our cities has led many people to be much more aware of noise pollution.

Cities around Europe are taking the opportunity to step up their campaign against vehicles – particularly motorbikes – that break the law by being too loud.

This week in Paris, for example, the police's 'noise brigade' has stepped up its noise checks. Using decibel meters, those riding motorbikes that are emitting noise above the permitted level are given a fine.

I am aware of the impact that loud motorcycles have for communities across North Yorkshire and, as people return to the county, this has been a particular problem

After a quiet, traffic-free lockdown, noise is very much back on the agenda and it's motorbikes and scooters that seem to aggravate the public most.

In North Yorkshire, Crime Commissioner Julia Mulligan was forced to issue a statement on the topic back in May. 'I am aware of the impact that loud motorcycles have for communities across North Yorkshire and, as people return to the county, this has been a particular problem raised with me,' she said to Motor Cycle News.

'From loud noise from motorcycles, to speeding through our rural communities… I know police officers are determined to address these issues.'

An article from The Times on July 8 says, 'it’s time the decibels were reduced' and brands motorcycles as 'unnecessarily loud'.

A video shown by the BBC this week that a single noisy bike travelling across the city of Paris disturbs more than 11,000 people on its trip. A new system will soon be rolled out across Paris using noise radar that can impose fines automatically via ANPR on vehicles that are too loud.

Several European countries are closing more and more roads to motorcycles because of noise. One German state is proposing a crackdown, including noise restrictions in built-up areas and a complete ban on aftermarket exhausts.

Back in June 2019, the UK Government commissioned a prototype noise camera that was be tested at several locations over the seven months, promising that, if successful, the acoustic cameras would be rolled out across the UK. They were spotted at UK sites in December 2019, but it's not clear what is happenign with further deployment.

The UK Department of Transport and French noise pollution agency Bruitparif have both trialled such 'radar systems' that detect noise, identify the culprit, take a photo and automatically issue a fine. The UK's former Transport Secretary, Chris Grayling said: 'New camera technology to be trialled by the government aims to measure the sound levels of passing vehicles to detect those that are breaking the law on noise limits, and could use automated number plate recognition to help enforce the law.

'It could also help to catch those who rev car or motorcycles engines beyond legal limits, making life a misery for those who live close by. Noise pollution makes the lives of people in communities across Britain an absolute misery and has very serious health impacts.'

While noise cameras are typically set up to detect any noisy vehicles, the devices in Paris are specifically targeting motorcycles with one set up in Saint-Forget, a hilly rural area near Paris popular with riders.

The Motor Cycle Noise Act 1987 prohibits the supply of motor cycle exhaust systems and silencers likely to result in the emission of excessive noise; and for connected purposes.

In the UK, the noise limit for a motorbike is set at 80dB, with an extra 6dB added to account for mechanical noise.