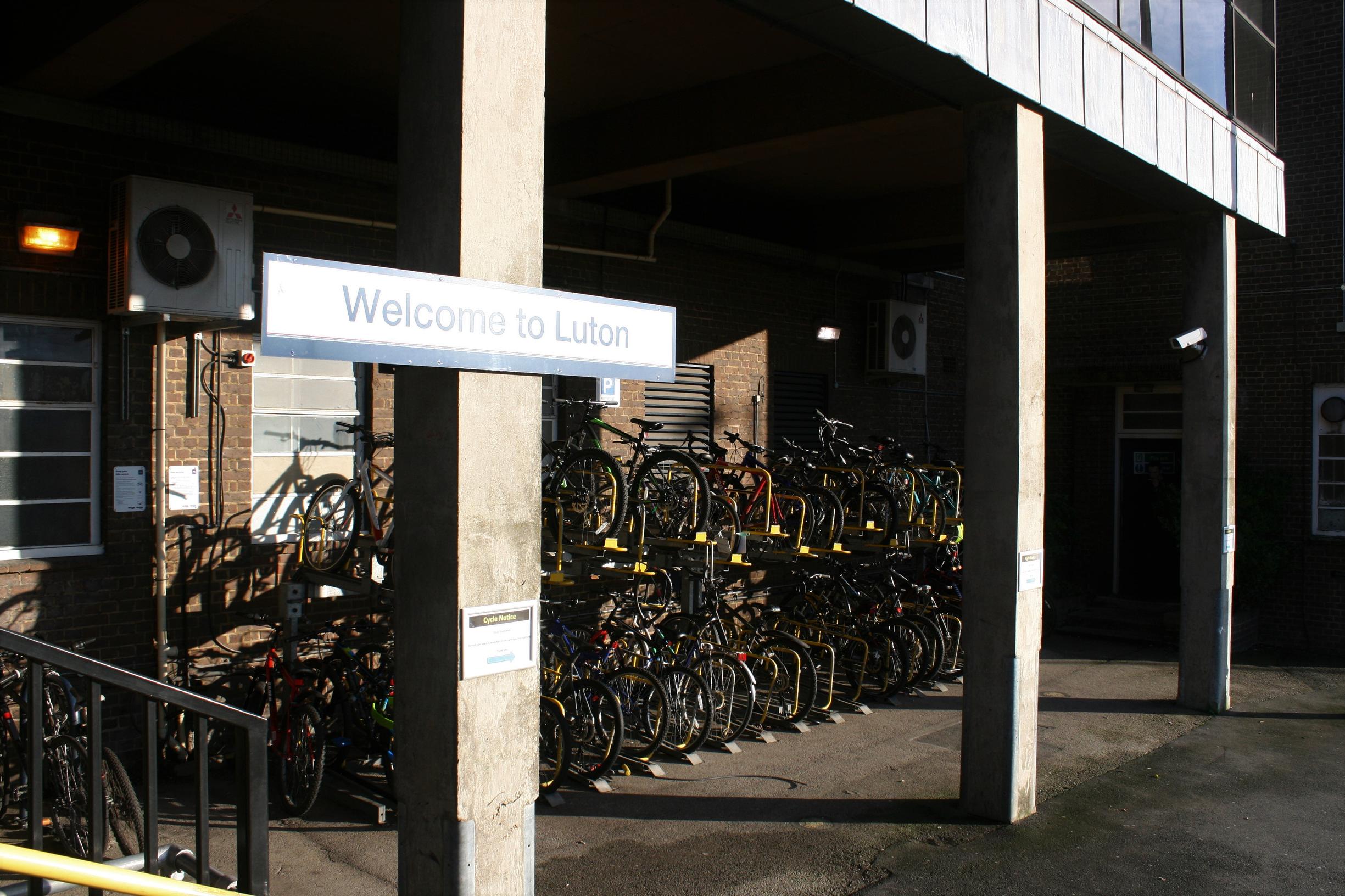 Bedfordshire cyclists have welcomed the investment of more than £160,000 to improve bicycle facilities at Luton and Leagrave railway stations.

Govia Thameslink Railway has been awarded funding from the Department for Transport, via the walking and cycling charity Sustrans, to make a series of improvements for cyclists across its rail network.

Cycling and Walking Minister Chris Heaton-Harris said: 'Cycling to your nearest station to catch a train to work or school is a great way to keep healthy, reduce emissions and help make our towns and cities vibrant places to live. I’m delighted that as a direct result of Government funding more passengers across the GTR network are able to park their bikes securely, making greener travel more convenient.'

Luton Borough Council has also contributed funding for the three cycle schemes for Luton and Leagrave.

Luton station will receive nearly £81,000 worth of improvements to its two areas of cycle parking. Racks under the station entrance stairs currently accommodate 35 bicycles. These will be removed and replaced with a two-tier rack to accommodate 60 bikes, which will be under a shelter and within a compound. The other cycle parking area at the station will be converted into a secure cycle hub with free access.

Leagrave is set to benefit from just over £17,000 worth of cycle parking improvements this year, with a new shelter and increased storage space for an additional 20 bikes. Both schemes are scheduled for completion by the end of March.

In addition to these, GTR is also working with Luton Borough Council on a new link from the Three Horse Shoes roundabout to the station, costing just under £63,000.

Cycling UK Bedfordshire Chairman Steve Clark said: 'It’s good news that Govia Thameslink Railway are extending the facilities for cyclists at their stations in Luton and Leagrave. Anything that makes it easier for cyclists to link up with rail and bus services is to be applauded.'

GTR’s Head of Environment Jason Brooker said: 'By improving cycle facilities at Luton and Leagrave station, we hope to encourage more rail users to use pedal power as part of their commute. Getting to the station by bike is not only good for the environment, but it has multiple health benefits for the cyclist. We also hope that people will feel more confident leaving their bikes at Luton station thanks to the new secure cycle hub.'