Bristol, host to the 2020 Public Health & Sustainable Transport Summit, has an enviable record of environmental firsts 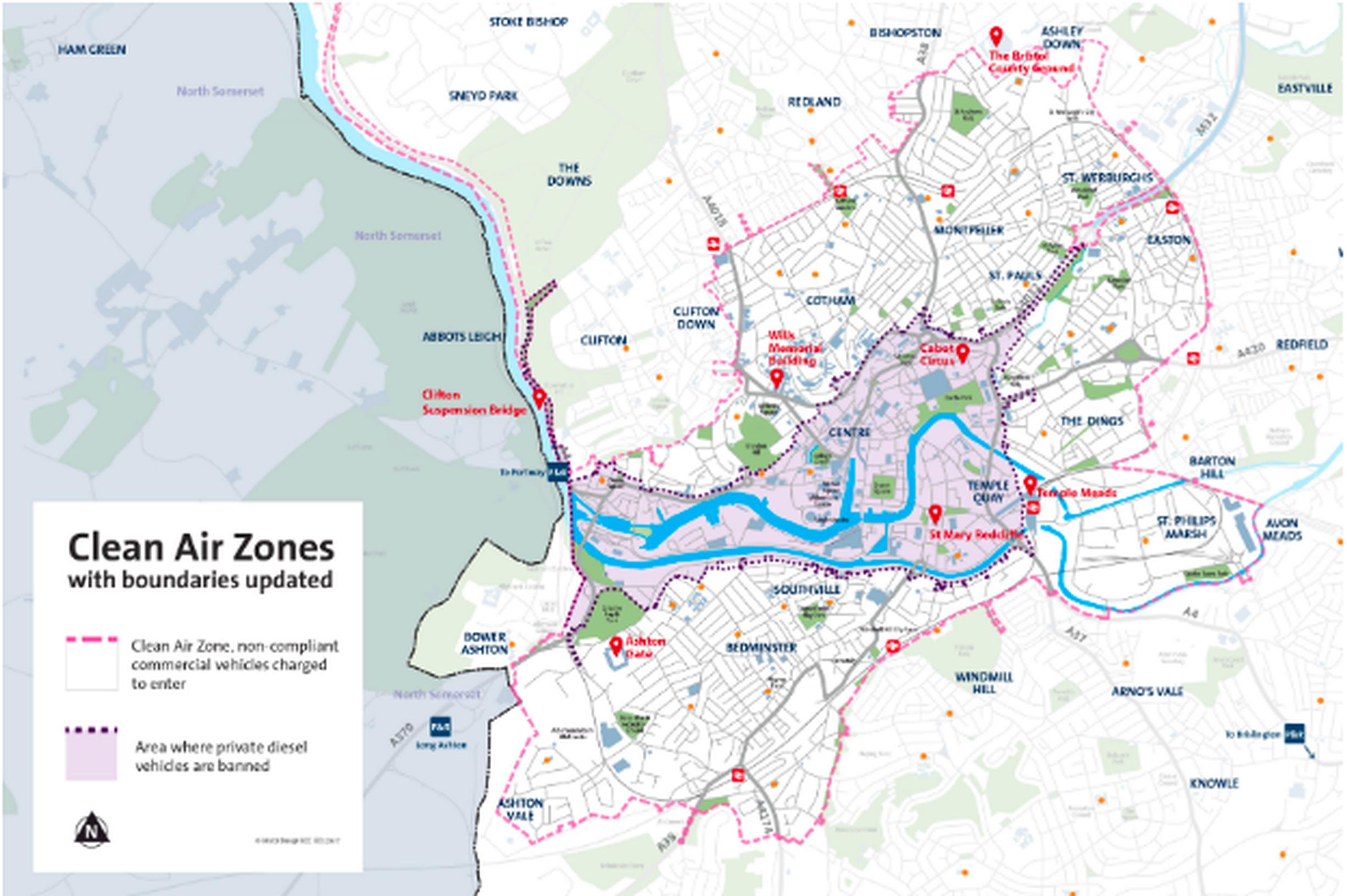 As public authorities move to adopt zero carbon strategies, the reasons for placing active travel centre stage have never been more compelling. Boosting active travel and cleaning up air quaility is a clear winner in the current drive to deliver much-needed health, social and environmental benefits across the population.

Bristol has been home to many environmental firsts in the past few years: two years ago Bristol became the first UK authority to declare a climate emergency, after Green councillor Carla Denyer put forward a motion to declare a climate emergency and a pledge to become carbon neutral by 2030. Last year, Bristol looked set to become the UK's first city to ban diesel cars from entering parts of the city centre. This week, Bristol declared an ecological emergency, prompted by the local decline of many birds, insects and mammals. Back in 2015, the city was awarded European Green Capital status for its high environmental standards and commitment to further improvement and sustainability, including boosting active travel options, improving air quality and supporting nature.

The key Climate Emergency motion was unanimously agreed by Bristol City Council in 2018, followed by its 2019 Climate Emergency Action Plan, setting out what the Mayor and city councillors plan to do in response. This plan is based on a baseline report that outlines where the city’s emissions come from and how big they are, and also estimates what they will look like by 2030 if no action is taken beyond what is already planned.

Bristol City Council has been working closely with the Joint Air Quality Unit (JAQU), and is pleased with progress. Marvin Rees, Mayor of Bristol, said: 'We are continuing to take measures to improve both our air quality and our response to climate change.

'At the same time however, we must ensure all impacts are considered and that mitigation measures are targeted to support those most affected, including the impacts on the most deprived communities. We also want to be certain that our ambitious clean air plans are fully scoped, have a strong evidence base to support them, and take into account the thoughts of our citizens.'

Mindful that cities need to prosper as they decarbonise, in September 2019 the council appointed a permanent Bristol City Council director to lead on plans for inclusive growth and regeneration.

Stephen Peacock, who will be one of the keynote speakers at the Public Health and Sustainable Transport event in Bristol in March, took up his position as Executive Director: Growth and Regeneration in November to help deliver the commitments of Bristol's One City Plan, Bristol’s vision for the next half century including commitments and targets on health inequality. Stephen is also leading on major projects such as the transformation of Temple Meads Station, the revitalisation of the city centre, bringing forward housing sites, planning, highways and transport schemes and the city's response to the climate emergency.

He says: I am excited to be returning to a city as vibrant and diverse as Bristol. We know however that Bristol faces many inequalities and its success is not shared by everyone. I am motivated by making a real difference to people’s lives and I am looking forward to working with a great team of talented colleagues to help progress the great work already underway.' As Bristol also takes forward its responses to its newly declared ecological emergency, Bristol Mayor Marvyn Ress added: 'Our commitment to this will extend beyond parks and green spaces. We need our buildings, streets and open spaces to support wildlife and create a more nature-friendly city, and we need new developments to do the same.'

Less traffic, more walking and cycling, low emission vehicles and cleaner air will benefit both people and the wider city ecosystems, and the public health situation in Bristol reveals how much work remains to be done. People in Bristol’s most deprived areas are living up to 31 years in 'considerable poor health', a report revealed last year. Bristol City Council director of public health Christina Gray, who will also be a keynote speaker at the Public Health and Sustainable Transport event, said: 'Bristol has got very entrenched health and inequalities that have not shifted for the last 20 years.  Some people in our most deprived areas are living in considerable poor health, with the cost to them, their families and the system.' The ambition is that the One City Plan will tackle such deprivation.

Bristol: How to go zero carbon

Consultancy Regen was asked to develop an evidence base to help inform the City of Bristol’s mayoral response to council motion that Bristol should achieve a citywide net zero carbon position by 2030.

The report provided a baseline analysis of the current level and sources of carbon emissions in Bristol, broken down by sector and sub-sectors and by technology types including emissions emanated from energy use for power, heat and road transport, including the Joint Local Transport Plan Consultation from February 2019, which was used to inform the transport shift analysis, the Department for Transport (DfT) statistics, Regen’s Transport Model and data from the report  Low Carbon Cities: A Mini-Stern Review for the City of Bristol.

The report suggested that in order to achieve a net zero or carbon neutral position it will be necessary to all but eliminate carbon emissions from transport sources. Three main factors were considered:

There are several ways in which transport baseline carbon emissions for Bristol City could be measured, noted the  report. None are wholly accurate, however, so in the future, as Bristol wishes to measure the impact of initiatives taken within the city both to reduce road transport mileage and to encourage the use of low emission vehicles. a more sophisticated approach will be needed.

The report suggests that a recommendation for future carbon neutrality planning could be agreed by the council as they basis for a transport carbon emission methodology which could be adopted by the core cities.

According to DfT statistics, there were around 226,000 14 vehicles registered in Bristol at the end of 2017, which equates to 0.6 % of the total GB vehicle fleet. Over 180,000 Bristol registered vehicles are cars.

DfT statistics from the National Road Traffic Survey estimate annual mileage driven on Bristol’s roads has increased 6% since 2010 to 1.46 billion journey miles in 2017. This represents 0.45% of the total GB vehicle miles driven. Although vehicles registered and vehicle mileage are not directly correlated, and in a city, it is likely that although there are a high number of vehicles, they will tend to have lower annual mileage, the mileage figures for Bristol do seem especially low.  However, data from the ONS and DfT suggest that from 2009 to 2017 the population of Bristol has increased by 10%. At the same time the vehicle mileage driven on Bristol roads has risen by 3%, while the number of bus passenger journeys has increased by 50%.