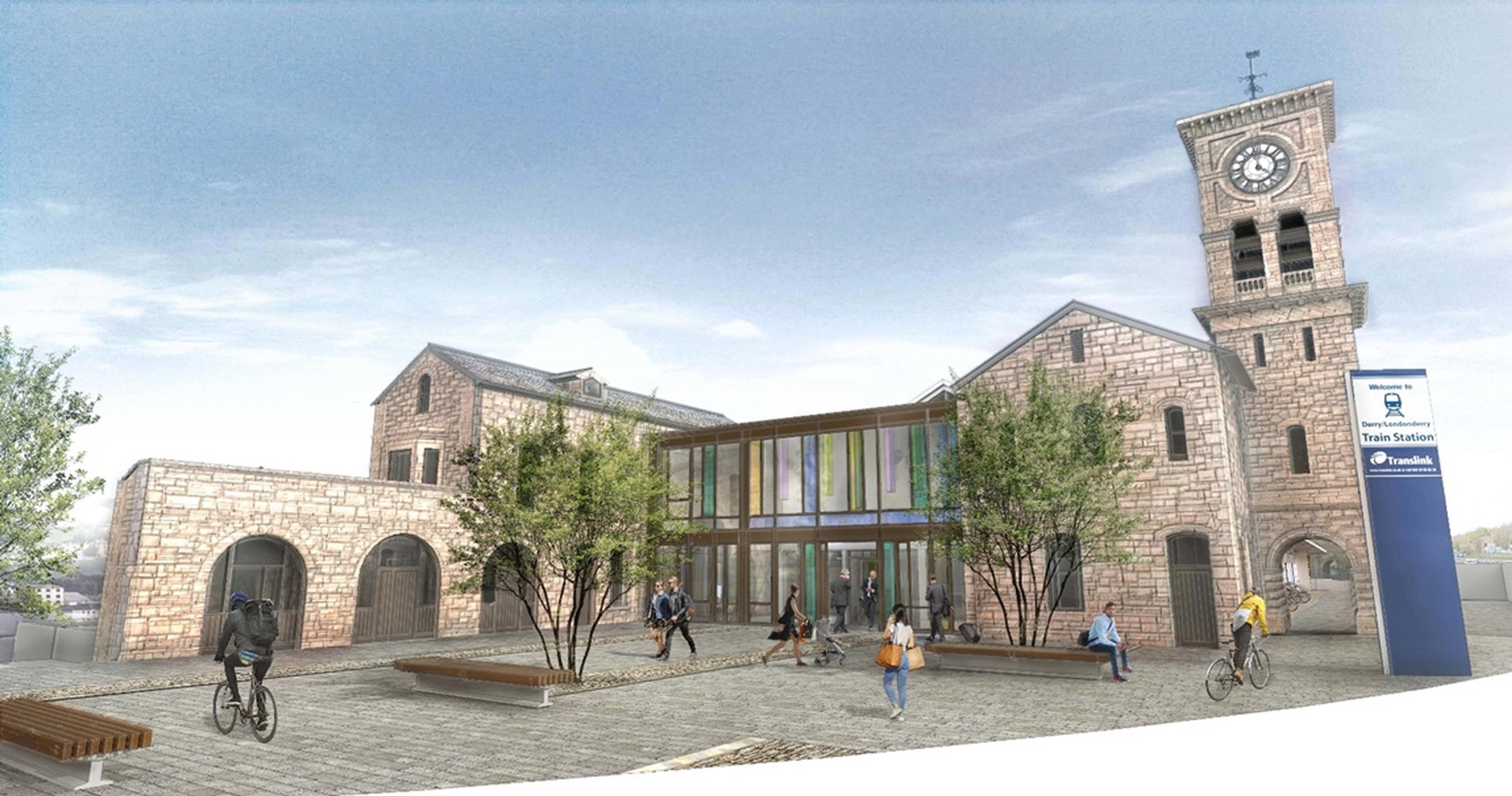 Construction work has started on a new transport hub in Derry which will serve as a “gateway” to Northern Ireland’s north-west. The plans involve the restoration and refurbishment of the listed station at Waterside.

Funding of around £27m has been secured from the EU’s INTERREG VA Programme with support from the Department for Infrastructure and the Department of Transport, Tourism and Sport in Ireland.

The scheme will protect the Victorian station building and serve as a “catalyst for development in the wider Waterside and Duke Street area”, says Translink, which adds that the plans will support business, leisure and tourism opportunities in the area.

Proposals include new platforms, a new 100-space park & ride site, and the demolition of the current train station, with the site being redeveloped to allow for more practical communal use. Once completed, the hub will include a community space, and will open up a significant swathe of new space along the banks of the River Foyle.

Other station features will include a new bus turning circle, Greenway link to the city centre via the Peace Bridge as well as track, signalling and telecoms works.

There will also be an Active and Sustainable Travel Centre including information point, training facilities and secure bike parking.

A Translink spokesperson told LTT: “Work is underway on the sustainable North West Multi-Modal Transport Hub in Derry-Londonderry, with completion due in late 2020.

“Funding has been secured from the EU’s INTERREG VA Programme, managed by the Special EU Programmes Body (SEUPB) with match funding provided by the Department for Infrastructure and the Department of Transport, Tourism and Sport in Ireland.

“The facility will physically connect into the existing and proposed greenway network within Derry-Londonderry and the wider North-West region including the new cross-border greenway.

“The project will also encourage more citizens to take up ‘active’ journeys, either by foot or bicycle, through a new Greenway link into the city centre. Secure bike parking will be available at the new hub.”