The use of big data and Virtual Reality opens new opportunities for the study of pedestrian movements, says Francesco Angelelli, Senior Transport Consultant at Atkins 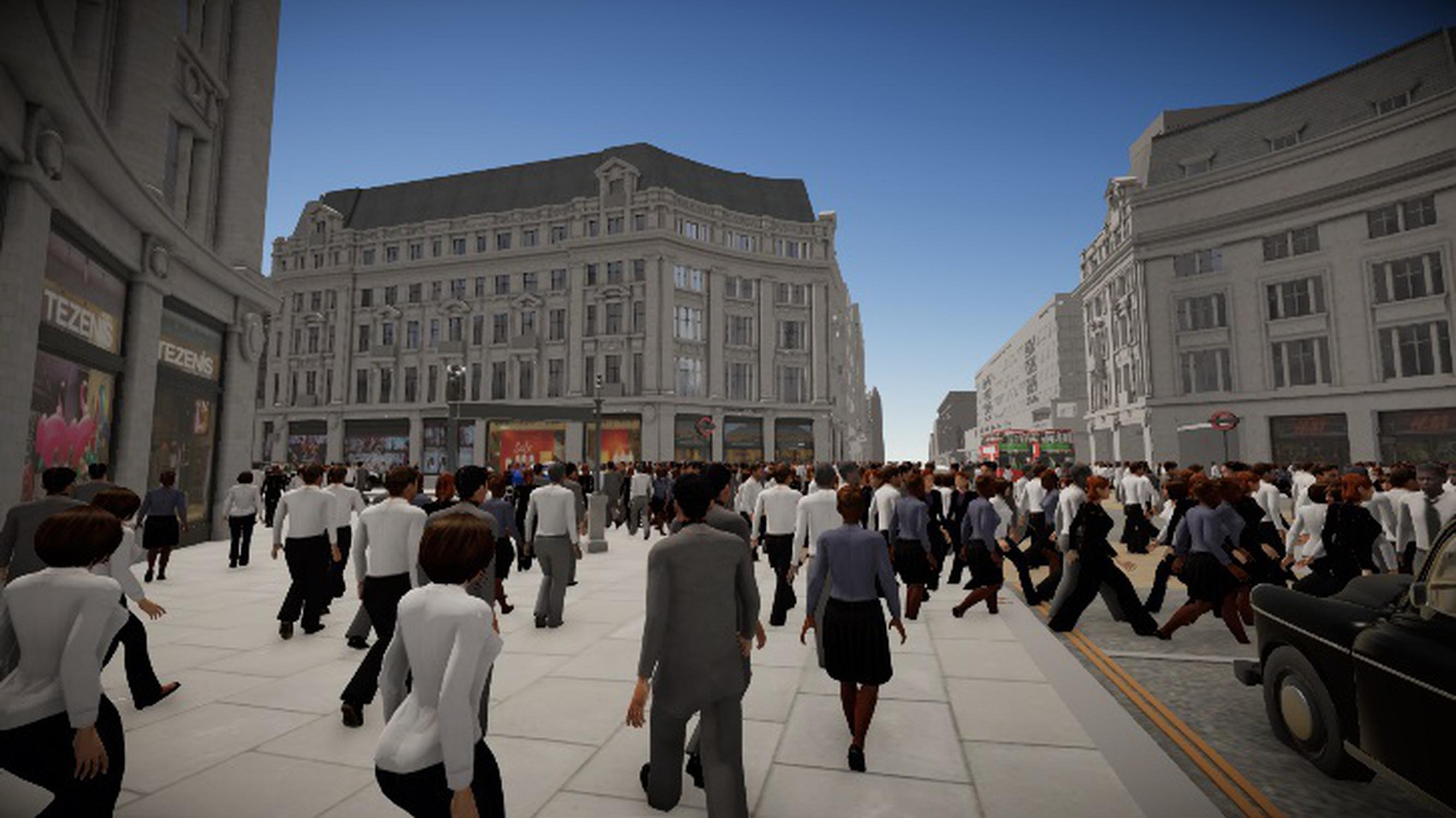 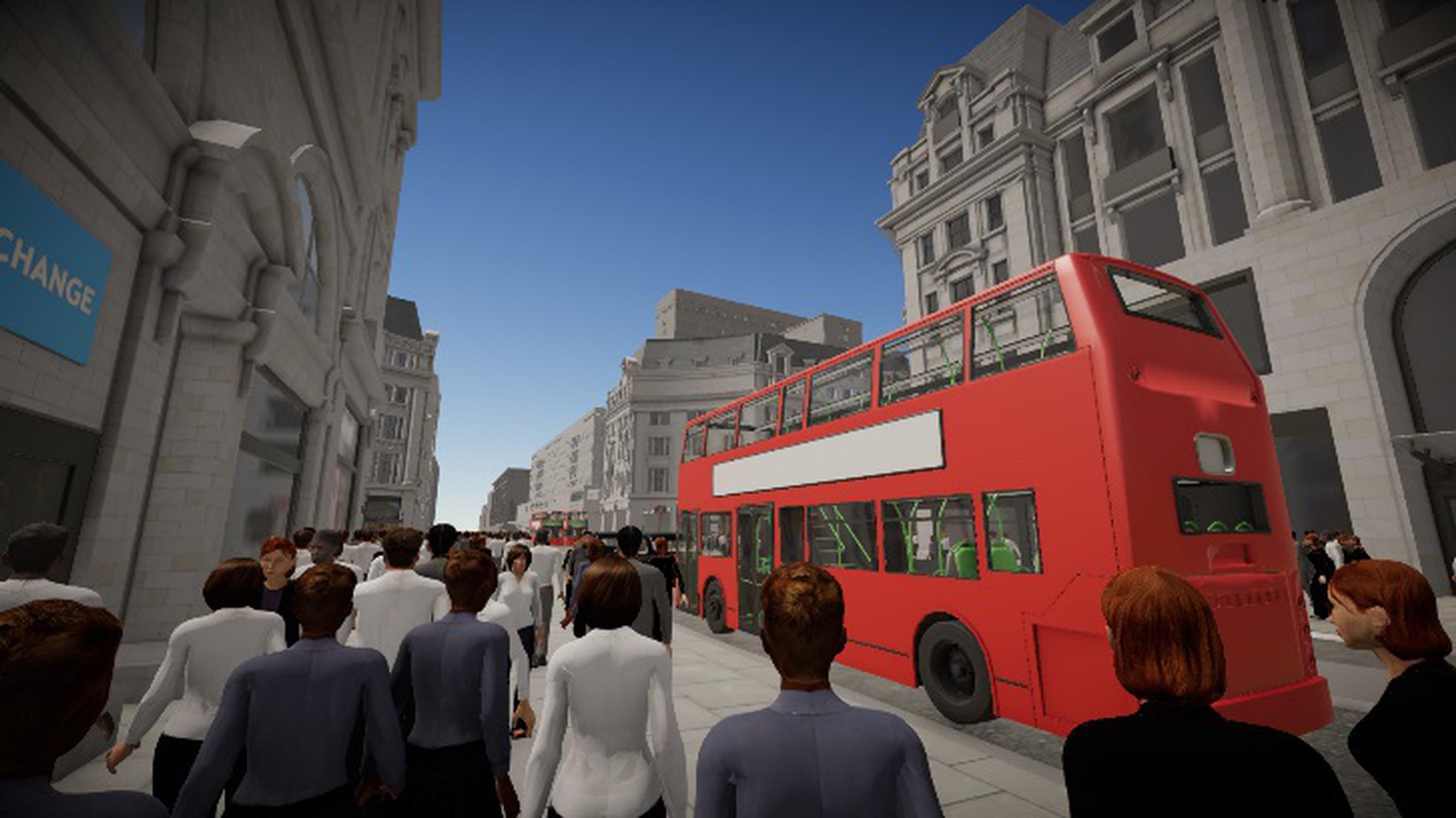 How is the advent of big data influencing the way we build our models? How can Virtual Reality allow us to better visualise, and thus better understand, pedestrian experience in crowds? Driven by the necessity to develop ever larger and accurate models, Atkins' pedestrian modelling team has explored an innovative approach that involved the adoption of both traditional survey methods as well as the monitoring of WiFi-enabled devices. Virtual Reality was also adopted as a tool to aid the design process, and it all took place in one of London’s oldest streets: Oxford Street.

After more than 2,000 years Oxford Street (once called Via Trinobantina) has become undoubtedly one of the busiest retail areas in Europe. Because of its popularity among shoppers and tourists, and also businesses which compete to secure high-profile headquarters in the area, the pavement's capacity is under increasing pressure. There are growing concerns related to traffic pollution as well as to pedestrians’ safety and general accessibility. The opening of the Elizabeth Line (due in December 2018) and the consequent increases in footfall are anticipated to exacerbate the current issues, prompting a discussion about the need to reshape the area's public realm.

Within this context, The Crown Estate appointed a multi-disciplinary team to develop alternative scheme proposals for Oxford Circus and its surrounding streets. Atkins' pedestrian modelling team was involved in the assessment of the proposal that would best accommodate the demand increase, as well as improving accessibility and providing visitors with a world-class experience.

For us, the key challeneges of the project were the size of the area to be assessed and the sheer number of pedestrians involved. The development of a model capable of simulating existing conditions in such environment demanded that innovative data collection methods supported traditional survey data. After evaluating several survey technologies, we opted to monitor Wi-Fi- enabled devices and their movement throughout the study area. The WiFi survey provides relatively clean samples with high sample rates. In addition, it enables the long-term observation movements between relatively distant areas, which would not be possible using traditional methods.

Following our standard approach, we developed a base year model which simulates existing conditions to a reasonable level of validation. The methodology has been successful in the calibration of the base model (R-Squared of above 0.96 and GEH < 5 for most measured flows). We used this as a basis for the development of future year scenarios for the assessment of design alternatives. The 2018 demand level has also been increased to develop 2019 models.

All models were rendered in a 3D Virtual Reality environment, so we could literally experience walking through our base model. This proved to be an incredible aid to refining and visually validating our modelling assumptions, thus solving a common problem in the pedestrian modelling sector, as existing software only allows modellers to visualise simulated crowds from a distance. The 3D Virtual Reality environment also enabled the exploration of spatial improvements with the design team in a seamlessly and highly effective manner.

Wifi nodes and tracking of my personal device

We deployed 21 WiFi devices overnight on building cornices. We attached the nodes to the building’s floodlight mains and used 3G/4G connections to stream data in real-time. Using a signal strength triangulation, the system was also able to determine the approximate location of wifi devices

On one day (11th of August, 9 AM) the number of devices peaked and then suddenly dropped. As this trend was very unusual for this time of the day, I worried that the system was experiencing technical issues. But just then one of my colleagues told me that Oxford Circus station had been evacuated due to a train on fire. With the station temporarily out of service, the overall population in the area was lower than usual. The data captured will be very useful for planning emergency operations.

O/D matrices were obtained for weekdays and weekend

As the datasets were growing week by week, we began analysing the data and obtaining useful insights both for modelling and for stakeholder information. For example, the combination of O/D matrices and daily profiles for both weekdays and weekends allowed us to define different areas by showing which were commuter-driven, leisure-driven, and neutral; where neutral is the configuration that maximises public space usage throughout the week, an important indicator of the quality of public spaces.

Pedestrian speeds were monitored on Regent St and Argyll St

Our the analysis covered sample speeds on Argyll Street, which is pedestrianised, and  while Regent St, which is not. Hence, as the speed profiles are similar it is not possible that the data was influenced by vehicular traffic. However, for some devices the detected distance is less than the actual one due to low reporting frequency, thus we expect that the resulting speed would be overestimated. To eliminate this effect, we did not consider higher (and implausible) values. When the tails are excluded, the profiles show a normal distribution with an average speed of 1.2 m/sec. The distribution is consistent with industry standards and literature. A similar distribution was used to plan spectators’ movements at the 2012 London Olympics.

Pedestrian simulation of existing conditions were rendered with Virtual Reality