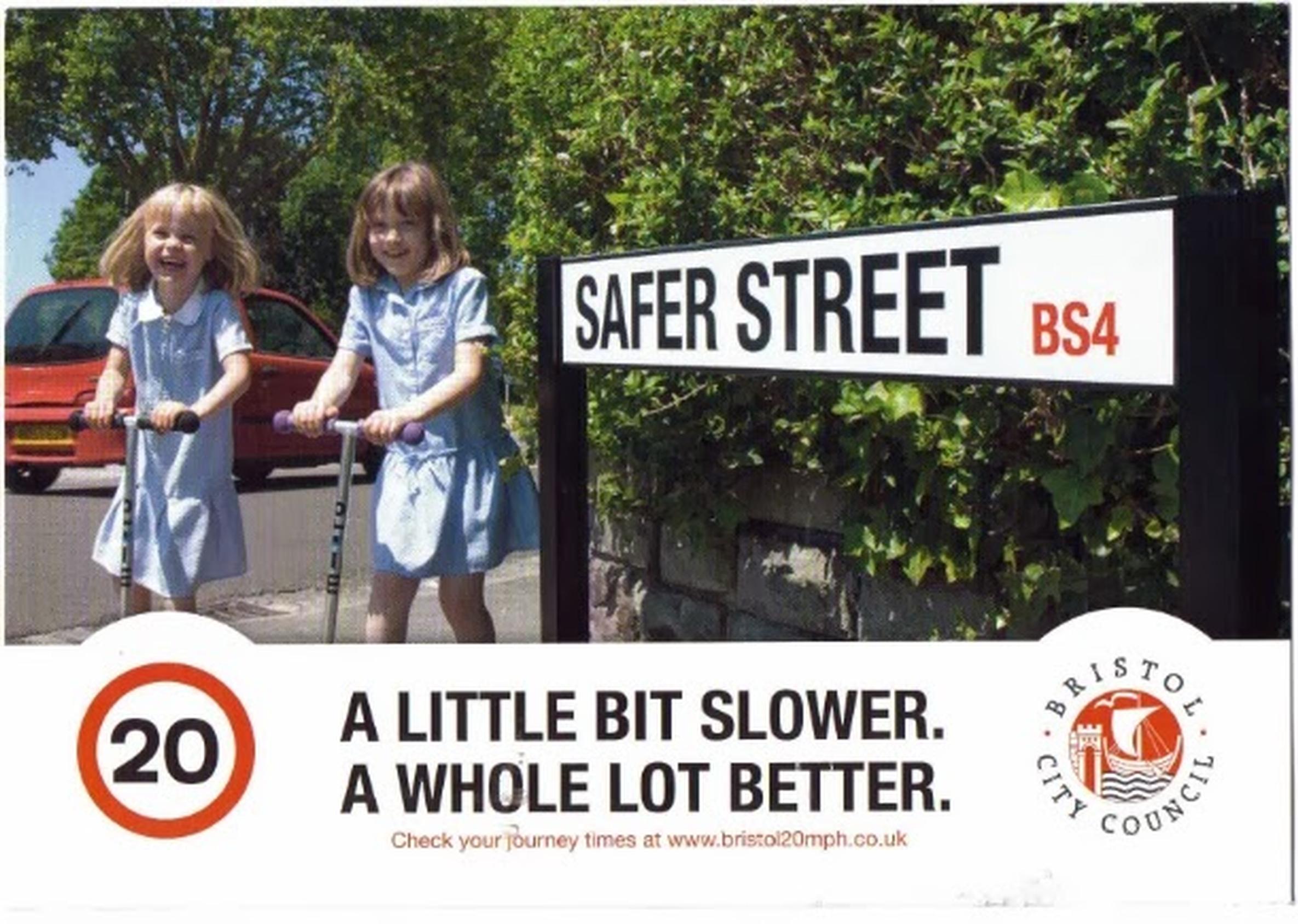 Researchers at the University of the West of England (UWE Bristol) found reduced speed limits have led to a reduction in the number of fatal, serious and slight injuries from road traffic collisions - including statistically significant reductions in average traffic speeds of 2.7mph. - equating to estimated cost savings of over £15 million per year.

Walking and cycling across Bristol has increased, both among children travelling to school and adults travelling to work. The introduction of 20mph speed limits in Bristol offers a model for other towns and cities across the UK, who are seeking to reduce traffic speeds, cut road traffic casualties, and promote community health and wellbeing through road danger reduction.

The study aimed to evaluate the impact of the roll-out of 20mph speed limits across the city of Bristol. The research took a holistic, public health approach to evaluation, using a variety of data sources to examine changes in vehicle speeds, road traffic casualties, levels of walking and cycling, public perceptions and attitudes, and reported levels of health and wellbeing across the city.

The study found statistically significant reductions in average traffic speeds of 2.7mph across the city of Bristol, following the introduction of 20mph speed limits. This is a larger reduction than seen in previous evaluations in other cities. The study employed a more sophisticated analysis than previous studies of 20mph limits, including using individual speed data from over 36 million vehicle observations and controlling for other factors that might affect changes in traffic speeds.

Although there is still majority support for 20mph speed limits in Bristol, there remains concern about compliance and behaviour of other drivers. In order to assess effectiveness of 20mph speed limits, it is vital that other towns and cities follow Bristol’s example, and prioritise the ongoing collection and analysis of appropriate data on vehicle speeds, road traffic casualties and wider public health impacts.