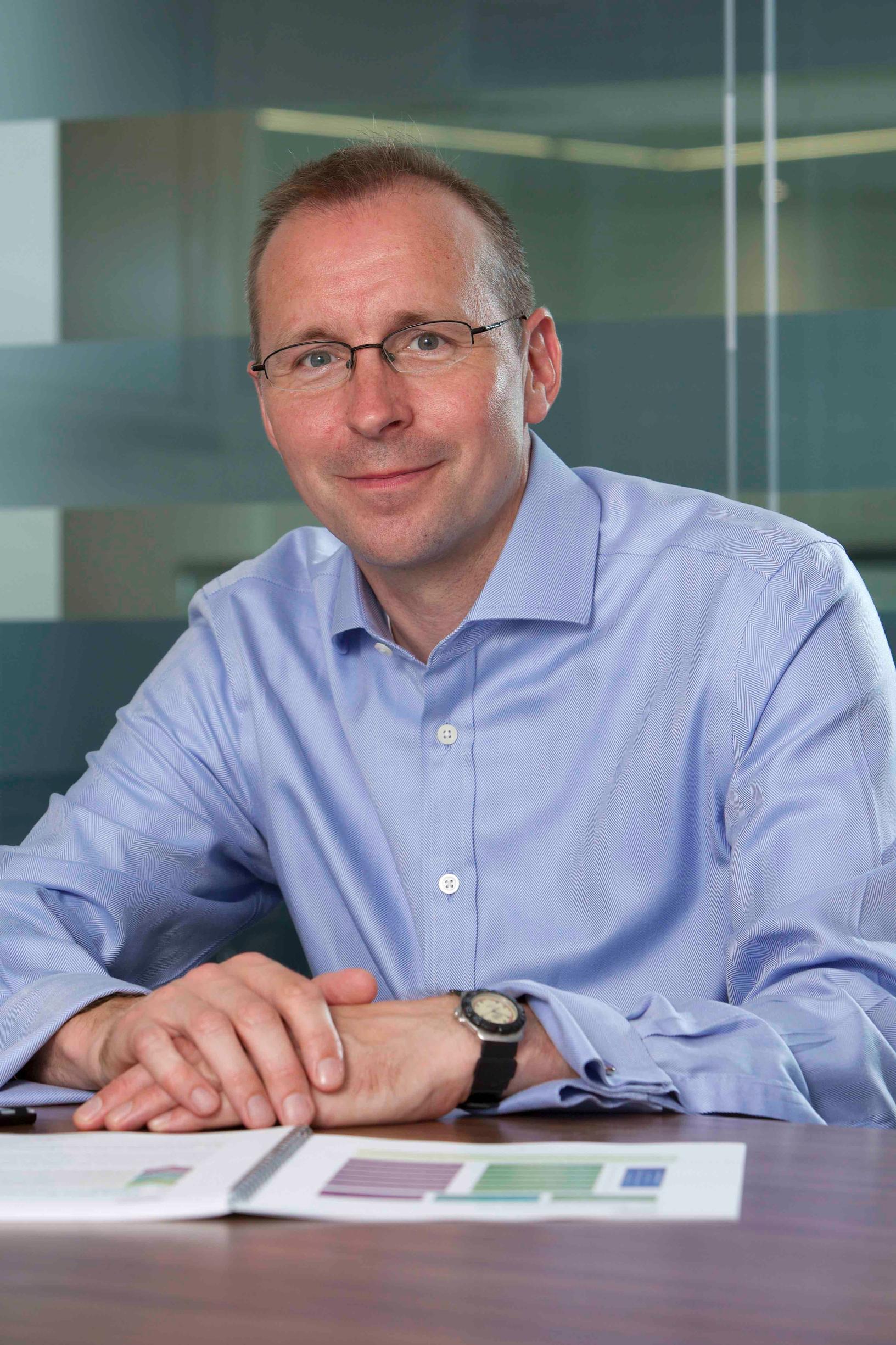 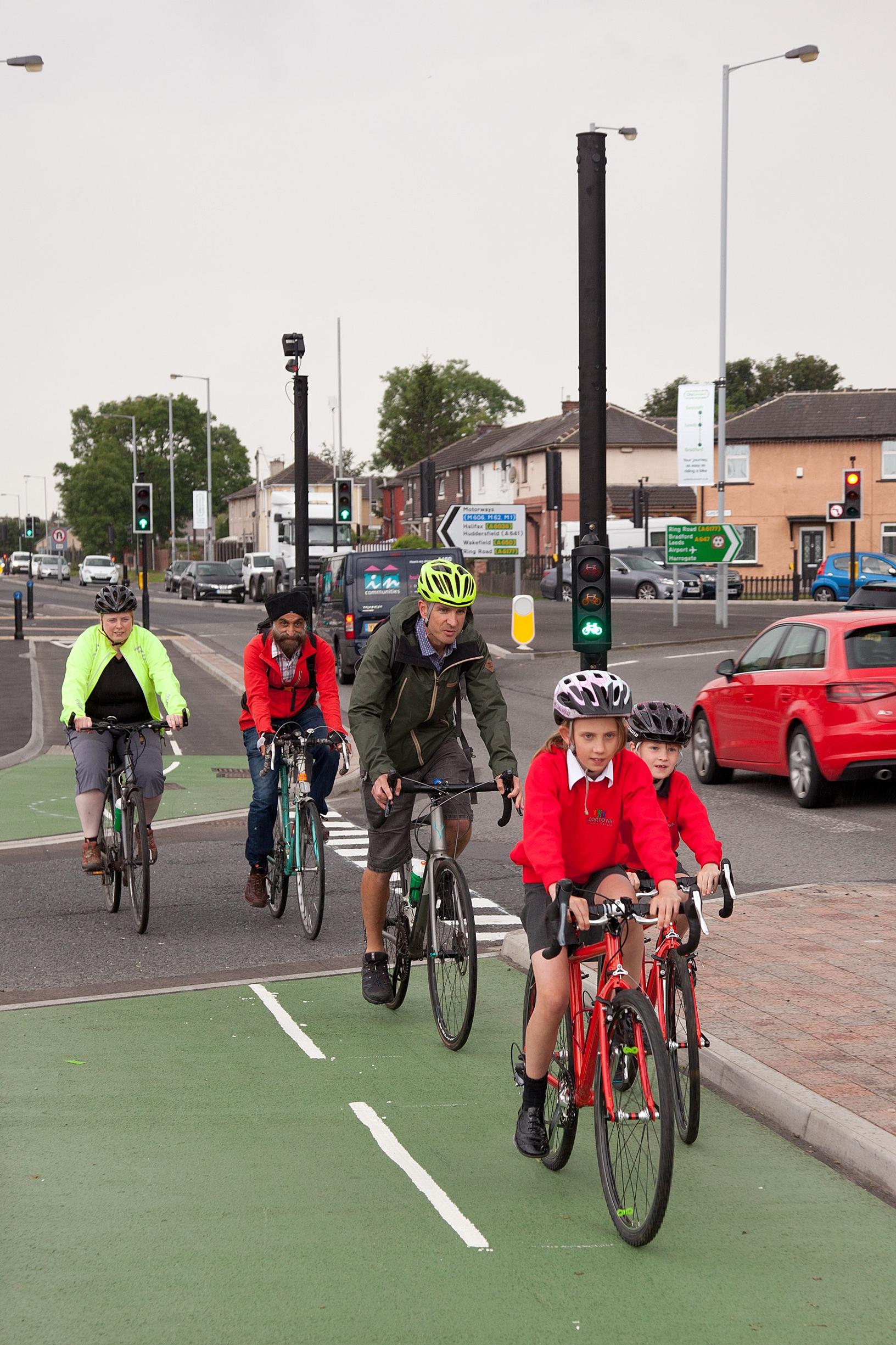 There has been plenty of debate across West Yorkshire and beyond about the Leeds to Bradford Cycle Superhighway, which was completed last summer. The 23km route – the flagship of the CityConnect project – is the largest scheme of its kind outside of London.

Questions have been raised about the route’s impact on traffic levels, the safety of bus stop bypasses for passengers and whether it will encourage people who have never cycled before to get in the saddle for everyday journeys.

It might be some years before data becomes available on the impact of the route on road safety and traffic levels. CityConnect has put in place a programme of monitoring and evaluation until 2026, which will capture the benefits of the infrastructure and engagement programme.

The early indications are that the Cycle Superhighway 1 (CS1), part of a £29m programme of initiatives, has seen a steady increase in cycling levels. There is, however, work to do, says Ben Still, managing director of West Yorkshire Combined Authority, which is overseeing CityConnect. “It will take time for use to build up on such a significant piece of infrastructure,” he suggests, adding that very few people cycled along the route prior to CS1 opening. Automated counters have recorded around 150,000 trips since the route opened last June, but Still expects to see journey levels rise over the coming year.

Since being appointed the combined authority’s chief a year ago, Still has been developing a strategy to take cycling from the margins to the mainstream as a practical way of making shorter journeys.

Developing safe cycle routes is about encouraging healthy lifestyles and getting that critical mass so that it is no longer seen as something that is odd to do but is seen as the norm. Ben Still

A major obstacle to getting more people cycling has undoubtedly been due to concerns about safety. This is why it was considered important to make CS1 fully segregated and to give those cycling along the route priority over vehicles joining from side roads. The route - which runs from Leeds city centre along the A647 to the new Broadway shopping centre in Bradford - offers a safe corridor of travel, Still points out. “It provides people of all ages, ethnicities and status along the route with the opportunity to cycle and walk, away from traffic.”

Most people currently ride sections of CS1 rather than the full route: “As the start of an integrated network, we expect people to use portions of the route to go about their daily lives.” It’s the first step to making cycling an everyday option, he explains.

The important first step is to have the right infrastructure in place, complemented by a reliable public transport system to create a network that allows active travel to flourish, says Still.

“The second step is around the culture, making cycling and walking modes of habit rather than modes of exception. That is a long-term gain; you don’t do this through single initiatives, you do it through sustained effort over successive years covering a wide range of policy areas.

“You’ve certainly got to ensure that transport policy is developing the infrastructure in the right way, but you’ve also got to link that to policies around the use of active travel as a mode to get to work and training. It is about encouraging healthy lifestyles and getting that critical mass so that it is no longer seen as something that is odd to do but is seen as the norm.”

For this reason it is vital to develop an effective network of cycling routes in West Yorkshire’s urban areas, says Still. “This will offer a practical, safe and pleasant way to cycle. But there are always balances and compromises with other road users and users of urban space. It is always a challenge but it is certainly our aspiration for major urban areas in the city region to have a larger portion of active travel. By combining that with the kind of place-making initiatives we are implementing our towns and cities can be vibrant and exciting places.”

Cycling levels in West Yorkshire are in line with the national average of around 2%. “So, while it may sound good to say you want to double cycling levels that, in reality, means a fairly small percentage shift,” says Still. “We have already said we want to increase cycling in West Yorkshire by 100% by 2026, but as a combined authority we are seeking to set more ambitious targets. It is about treating those targets as long-term aspirations, which we monitor performance against, and then having a broad package of measures that both directly and indirectly encourage more people to cycle.”

Several infrastructure projects are being implemented in West Yorkshire over the next two years, which together will lay the foundations for an active travel network.

Projects include the completion of a segregated route linking east Leeds with the city centre. The resurfacing of the Leeds-Liverpool canal towpath has also recently been completed as part of CityConnect phase 1.

Phase 2 of the CityConnect project is focusing on improving cycling infrastructure in other urban centres in West Yorkshire such as Huddersfield, Bradford and Wakefield, as well as expanding the network within Leeds City Centre.

A new segregated 2.3km cycle route along the Bradford Canal Road/Valley Road corridor is due to be completed by spring 2018. This new route will provide a strategic link between the developing residential areas of Canal Road and the jobs and training opportunities in Bradford city centre, supported by additional cycle parking.

Meanwhile, the City Cycle Loop would provide a segregated cycleway around Leeds city centre. Phase 2 seeks to provide a two-way, segregated route linking up the eastern and western sections of the cycle superhighway. This proposed route would bisect the city centre, with construction starting this summer and due to complete in 2019

West Yorkshire has secured £1.5m for active travel projects from the DfT’s Cycle & Walking Fund. Some of this may be used to run an electric bike share scheme, says Still. “We are looking to help people get to work and training through the provision of bikes, and we are very much looking at e-bikes as part of that.”

Alongside this, the combined authority aims to use its £1bn West Yorkshire 'Plus' Transport Fund to reduce congestion, improve the flow of freight and make it easier for people to commute to and from expected major growth areas.

Active travel has a key role to play in reducing emissions in West Yorkshire, says Still. All the councils in the combined authority have signed up to a low emissions strategy, which is due to come into effect next month. This will set out a package of measures including encouraging active travel modes to try and tackle air quality problems. West Yorkshire is working with the main bus operators in Leeds to cut emissions from the bus fleet.

The combined authority suffered a setback last May when its application for a trolleybus system in Leeds city centre was rejected by the government after an extended public enquiry. The trolleybus route would have replaced some more circuitous bus routes and freed up space for cyclists and pedestrians in the city centre. However, the £173.5m DfT funding allocated for the trolleybus system is being made available for public transport improvements in Leeds.

“We will use this funding to ensure that buses run punctually and to improve the environment for pedestrians and for active travel users down those key corridors,” says Still. This will involve working with bus operators to roll out a new fleet of 284 low emission vehicles, which will be in operation by 2020 in time for the city’s clean air zone

Bus services need to be high frequency with a simpler fare structure to ensure they offer a viable alternative to using the car for appropriate journeys, says Still. “Maximising the use of these public transport networks will ease pressure on the highway network and, alongside selective pinch point improvements, can deliver a whole transport network which meets the economic growth aspirations of Leeds.”

One future development that might cut congestion and improve air quality is the emergence of the automated car, suggests Still. “The Transport Fund is allowing us to bring together long-term policy objectives that are very difficult to do in isolation, the obvious one being getting the balance right in the key cities and towns between the motor vehicle, public space, active travel and public transport.

“There are significant schemes that involve taking some of the traffic out of the centre of Leeds, for example. The coming of autonomous vehicles, which is still a few years away, would allow more efficient use of the road space we are providing. But we need to think about how we design towns and cities that work afresh. How do we design them with the coming of autonomous vehicles? How will that change how you design key parts of your towns and cities?”

Kerbside space currently allocated to buses and taxis could instead be dedicated to autonomous vehicles dropping off and picking up drivers. “Automated vehicles could help cities to continue to be productive places. What’s really interesting is that it’s the private sector rather than the government leading the way. It is about the empowerment of the individual - we need to do the best we can to prepare for what it is a real opportunity.”

Achieving consensus within a combined authority is not without its challenges, says Still. “The key theme is everything we do is in partnership with other parties - we put a strong premium on engaging early with people, understanding different perspectives and developing solutions that ideally work for everyone or work for the majority. We then deal with those that might not benefit from a particular initiative as best we can as part of that process.”

West Yorkshire is probably the only combined authority that has cross-party political representation built into its constitution, according to Still. “That is a real strength in view of the many issues that the combined authority currently works on such as economic growth, inclusive growth skills and public sector reform. These are issues around which local leaders can come together and agree on ways forward, even if they are of a different political persuasion.”

Still says he is looking forward to Cycle City Active City coming to Bradford in May. Hosting the event will help put Bradford on the map as “one of those key places that are encouraging cycling and active travel”, he says.

Cycle City Active City is taking place shortly after the Tour de Yorkshire, which runs at the end of April. “The place-based design of the city centre is really taking shape, the Cycle Superhighway is fully operational and the canal towpath route will have just opened, so this will be a great time to visit Bradford. We will also be looking to have conversations about how Bradford might learn from other places and learn from the experiences of other delegates and speakers so we can take that work forward in the future.”