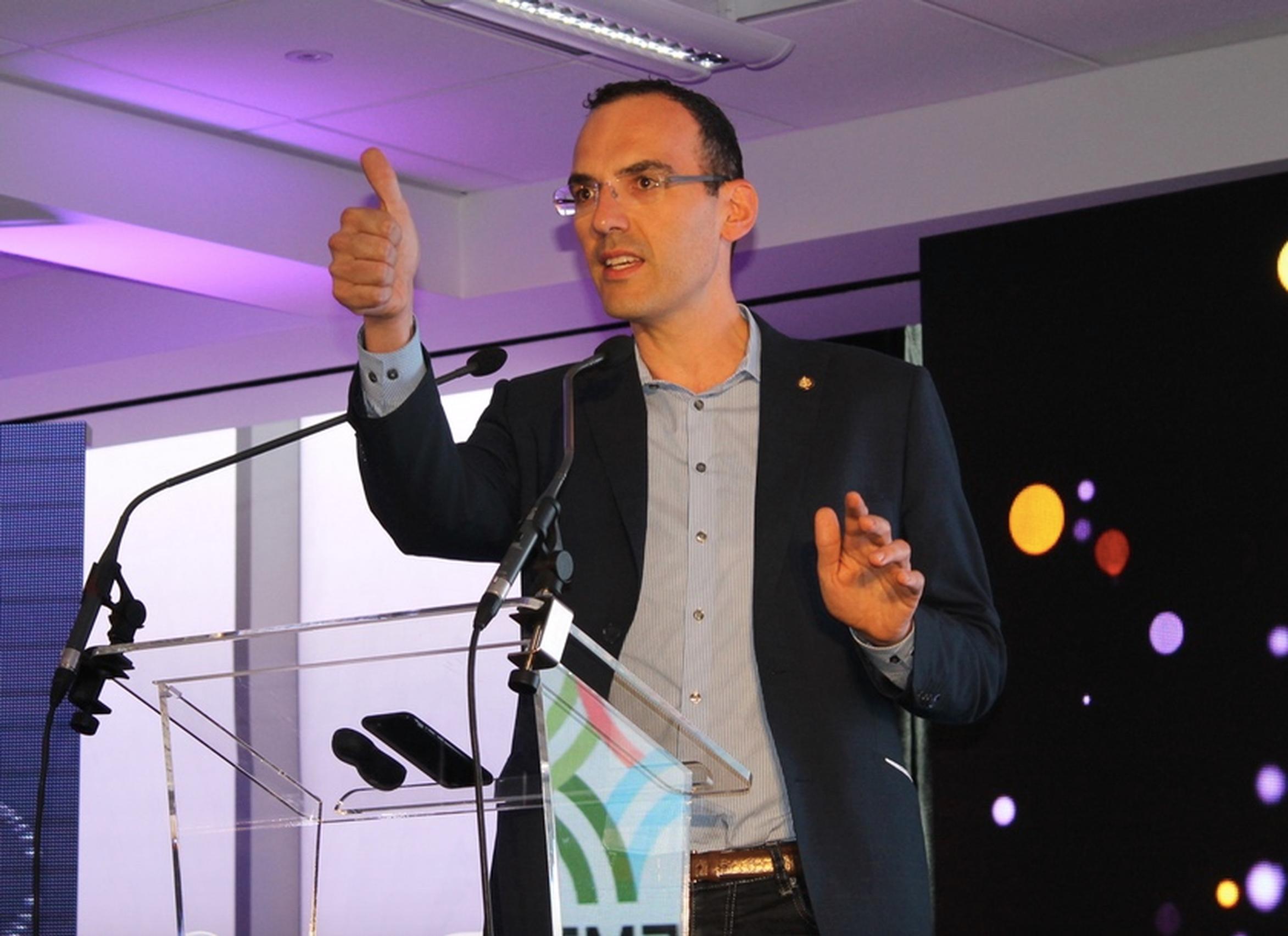 A multi-modal app-driven approach to transport in San Francisco has led to a dramatic fall in car usage in the US city, according to Timothy Papandreou, chief innovation officer and director at San Francisco Municipal Transportation Agency (SFMTA).

Speaking at the Imagine Festival in Milton Keynes on Tuesday, Papandreou said that SFMTA had set itself the target of reducing car use from 60% to 50% of miles travelled by 2018. But thanks to a range of ‘connectivity’ measures it achieved the target three years early, he reported.

“People are driving less than their parents, and a new generation of young adults are far less likely to buy a car than their older peers,” said Papandreou.

“The next few years we will see the introduction of connected and automated technology into passenger and commercial deliveries that will add even more potential for the shift away from car ownership in cities. These will be even more disruptive than the current sharing economy options and will drive the price of travel even lower.”

Red routes for buses have been rolled out across the city, as well as green routes for cyclists, which are “validating bike space”.

The agency has been developing a multi-modal approach based around ‘transport as a service’. This offers a range of services including: mobile ticketing between different modes of transport; car pooling; car, bike and electric scooter share; and private transit, all of which rely on smartphone apps to connect with users.

“In the past we have had too many modes not talking to each other. But we are now creating a platform linking them all together.”

Making it easier for people to use bike and car share, along with better management of parking supply, has pushed down traffic levels in San Francisco, Papandreou told delegates at the two-day event, organised by Transport Systems Catapult.

The Bay Area Bike Share scheme has proved very popular in the city since its launch in 2013, and is set to have increased ten-fold to 7,000 bikes by next year. There has been especially great demand for bike share to and from transit stations, and this has helped to extend the “reach and value” of public transit, said Papandreou.

But there has been some resistance to change. Plans to introduce a scheme similar to London’s congestion charge met with fierce opposition, said Papandreou. Instead, SFMTA opted for a parking demand management programme in 2011, and this has proved effective at cutting congestion, emissions and the time drivers spend circling blocks looking for a space, according to Papandreou.

The sensor-based SFpark system offers a minimum number of spaces on the streets at a price based on demand.

During periods when it is hard to find a parking space, rates increase incrementally until at least one space is available on each block most of the time. In areas where there are plenty of free parking spaces, rates decrease until some of the empty spaces fill.

“This not only reduced the time it took to find a parking spot but also nudged people to go to spaces that were available. It has helped reduce vehicle miles travelled and greenhouse gas emissions by 30%. Both of these also helped transit operations.”

SFpark has met its aim of 60% - 80% occupancy levels for parking space while cruising for spaces has gone down by 50%.

This and the growing popularity of multi-modal travel will result in a fall in parking density, freeing up more space for cycling, walking and affordable housing, he predicted.

All new large developments in the city are required to provide residents with Mobility Passes. “We’re constantly looking to see how we can integrate all the services we have to create a more customer-focused system that will ultimately see even more people shifting towards a lifestyle where owning a car is not necessary.”

A recent study revealed that 88% of those living in new developments in San Francisco did not bring their car or buy one. Papandreou sees as inevitable the shift to shared electric autonomous vehicles in the city, with around 10 companies including Google currently carrying out trials in the Bay area.

“The rise of driverless vehicles will bring a lot of opportunities including reducing the price of travel down to the point where it won’t make sense to own a car or pay to park it, so that will be a definite change in car ownership.”