The UK faces an under-resourced and congested future unless the Government acts urgently to reform motoring taxation, say MPs on the Transport Committee 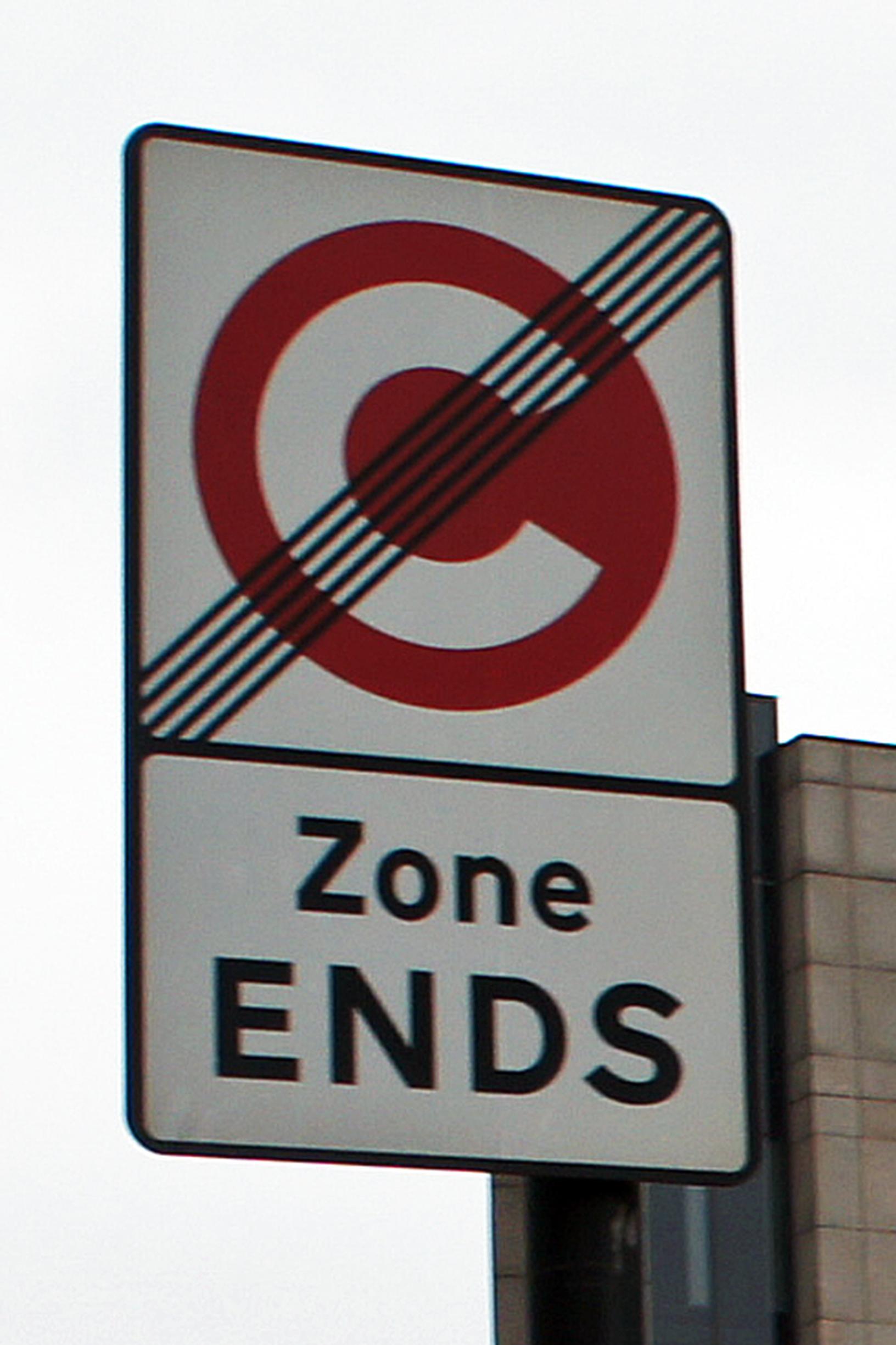 The Transport Select Committee has published a report urging Government to consider introducing a national road pricing system, based on miles travelled and vehicle type, in order to avoid a “£35 billion fiscal black hole".

The ban on the sale of new petrol and diesel vehicles from 2030 will result in a corresponding decline in two significant sources of Treasury revenue.

Without reform, policies to deliver net zero emissions by 2050 will result in zero revenue for the Government from motoring taxation.

The Committee "urges the Government to act now to replace a potential loss of £35 billion to the Exchequer".

The Committee launched its inquiry, which held oral hearings and solicited written responses, into road pricing in December 2020 to explore several issues:

Chair of the Transport Committee, Huw Merriman MP, said: “It’s time for an honest conversation on motoring taxes. The Government’s plans to reach net zero by 2050 are ambitious. Zero emission vehicles are part of that plan.

It's a mistake to think that 'revenue neutral' will be seen as fair by individuals, whatever organisations say

"However, the resulting loss of two major sources of motor taxation will leave a £35 billion black hole in finances unless the Government acts now - that’s four per cent of the entire tax-take.

"Only £7 billion of this goes back to the roads; schools and hospitals could be impacted if motorists don’t continue to pay," added Merriman – but the devil of who pays what, and how it will be spent, will definitely be in the detail.

Talking to LTT, Edward Leigh, Chair, Smarter Cambridge Transport said: "It is decidedly unhelpful that the report perpetuates a myth that road-building and maintenance is entirely covered by revenue from Vehicle Excise Duty (VED), and that duty and VAT on fuel fund other public services.

"Not only is this inaccurate (2020–21 funding for national and local roads was £12.5 billion; VED revenue was £7.0 billion), it ignores the external costs of motoring – deaths and injuries, congestion, air pollution, carbon emissions, etc. Together, these costs far exceed motoring tax revenues."

“We do need to talk about road pricing," agrees Steve Gooding, Director, RAC Foundation. "Innovative technology could deliver a national road-pricing scheme which prices up a journey based on the amount of road, and type of vehicle, used.

"Just like our current motoring taxes but, by using price as a lever, we can offer better prices at less congested times and have technology compare these directly to public transport alternatives.

"By offering choice, we can deliver for the driver and for the environment. Road pricing should not cost motorists more, overall, or undermine progress on active travel."

The report says: "A road pricing system, based on miles travelled and vehicle type, would enable the Government to maintain the existing link between motoring taxation and road usage."

Emphasising the need to act quickly, Steve Gooding, told LTT: "For all the economic calculations of the multi-million pound cost of road congestion to the economy, traffic jams have long felt like the paper-cut of policy problems – always irritating, sometimes painful, but never life-threatening.

"But now the Transport Committee has astutely spotted that the silver lining of zero-carbon motoring comes wrapped in a cloud of trouble for the Chancellor as his fuel duty income dries up. Our research shows that fuel duty income from cars alone could have fallen by £5bn a year by 2028, and the faster we electrify motoring the sooner the fiscal problem arises."

In signalling a shift to an alternative road charging mechanism, the report calls for drivers of electric vehicles to pay to maintain and use the roads which they drive on, as is currently the case for petrol and diesel drivers. There must, however, remain incentives for motorists to purchase vehicles with cleaner emissions, it says.

Gooding concurs. "If the Treasury is thinking it can leave this issue for another day but still recoup their losses from electric vehicles at some point in the future, they risk a furious backlash from drivers who made the choice to go electric expecting to save money."

The urgency was echoed by Charlene Rohr, Technical Director at Mott MacDonald: “With the switch to electric vehicles, it is urgent that we re-think the way we collect road taxes that is fair and transparent and helps us meet our ambitious carbon emission targets. I very much welcome the recommendation that the Government must start an honest conversation with the public on these issues.”

Glenn Lyons, Mott MacDonald Professor of Future Mobility at the University of the West of England, makes some key points in his review of the report. "Electrification of vehicles is not sufficient or fast enough to decarbonise transport – a reduction in vehicle miles travelled is also necessary," he says. "Cheaper electric vehicle motoring (without road pricing) will prompt more driving, congestion, vehicle manufacture and infrastructure provision (and related carbon emissions)."

According to the report, witnesses to the inquiry were generally in favour of a nationally-run road pricing system, rather than implementing a range of local schemes. They cited cost, user-friendliness and clear governance as key benefits of a national scheme.

"The devolution of road pricing to local areas could lead to the introduction of clunky, unconnected schemes. Fuel duty and vehicle excise duty are Treasury taxes that require a national-level replacement rather than a patchwork of incongruous local schemes," says the report.

It adds: "In our inquiry, we heard that the public are concerned how new forms of motoring taxation might affect their household budgets and mobility. We recognise those concerns.

"The Government must act now on this agenda. The taxes imposed by fuel duty and vehicle excise duty are increasingly duplicated by local schemes that charge motorists for entering congestion zones and clean air zones.

Edward Leigh wonders if this question needs more thought. "The report considers only a binary choice between local congestion charge schemes and a national road pricing scheme. However, the the Levelling Up white paper asserts that 'local public transport connectivity across the country will be significantly closer to the standards of London," he told LTT.

"How will that be funded? One way could be through a local premium on a national road user charge, set and received by the local transport authority."

Who pays, and how would revenue be spent?

The Committee calls for any road pricing system to be "revenue neutral, with most motorists paying the same or less than they do currently". However, this may be hard to communicate – and implement.

Says Phil Goodwin, emeritus professor of transport policy, Centre for Transport and Society, University of the West of England and at University College London: "It makes entire sense to charge for road use, in proportion to mileage, and vehicle type.

"But I think it's a mistake to think that 'revenue neutral' will be seen as fair by individuals, whatever organisations say.

"It's quite unavoidable that some people will pay more than now, others less. The fairness depends on how well the charges relate to the costs imposed, and what the revenue is spent on. Environment and accessibility have been damaged by making car use cheaper and public transport dearer, which is already unfair, and inefficient."

"But it should also be. We need to see a reduction in vehicle miles travelled - and we need that urgently, against the backdrop of a Government that has frozen fuel duty for 12 years in a row."

The Committee also calls for consideration of "the impact on vulnerable groups and those in the most rural areas, and states that road pricing should "not undermine progress towards targets on increased active travel and public transport modal shift".

It also adds that any data capture must be subject to "rigorous governance and oversight".

An Ipsos survey in December 2020 found that that 62% of people across the UK are in favour of schemes that would charge road users a fee to drive around towns and cities. A quarter, 25%, are strongly supportive.

The context for the Ipsos survey was revenue-raising potential given a multi-billion ‘tax hole’ caused by the Coronavirus pandemic and a move to electric cars. But the survey shows that while both public and industry’s instincts are ‘pro’- the introduction of charging schemes in principle, practical implementation will matter. Hypothecation and communication about the social and environmental benefits of any scheme will be really important, said Ipsos.

How to do it: simplicity

“The temptation with road-user charging is to succumb to the temptation of creating an over-complex system that’s expensive to run, complicated to explain, and fails to deliver the desired outcome," says Steve Gooding. "We believe the trick is to keep life simple – don’t sweep all the current system away, only apply any new charge to vehicles that would otherwise not be caught, and in the first instance only charge for distance travelled (mirroring fuel duty).

"What we need is an approach that is less risky to operate for the government and easy to pay for by the motorist, for example by allowing payment to be collected alongside vehicle insurance premiums.”

The Committee's report suggests that it "has not seen a viable alternative to a road charging system based on technology which measures road use".

Edward Leigh agrees: "The Committee’s report provides much-needed clarity that there is no viable alternative to a road pricing system (based on telematics), and no time to prevaricate further.

"However," he adds, "there is a huge gap between the report’s conclusions and having an implementable plan by the end of 2022 for a national road user charge to replace fuel duty."

Leigh also considers how such an implemenatble plan might be taken forward. "How might we overcome public concerns about equity and privacy? Could citizens’ assemblies design a publicly acceptable system of road pricing? How might we pilot road pricing to test the technology and behavioural impacts? HGVs, taxis and fleet cars could be a good place to start."

A potential “annual allowance of free travel miles” to support vulnerable groups is also a possibility, says the report.

“Work should begin without delay, says Steve Gooding. "The situation is urgent. New taxes, which rely on new technology, take years to introduce. A national scheme would avoid a confusing and potentially unfair and contradictory patchwork of local schemes but would be impossible to deliver if this patchwork becomes too vast."

"The countdown to net zero has begun. Net zero emissions should not mean zero tax revenue.”

The Committee suggests that the key departments involved need to work together. "As Departments responsible for managing congestion and maintaining the public purse, the Treasury and Department for Transport should join forces to set up an arm’s length body to examine solutions and recommend a new road charging mechanism by the end of 2022," it says.