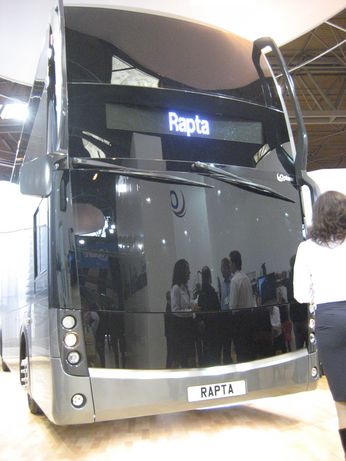 Although only a mock-up of the vehicle was on show, Optare believes that when production of the Rapta begins at its new plant in Blackburn next year it will be considerably lighter than its peers. With an unladen weight of 10,700kg it will be nearly 1,000kg lighter than its closest competitor resulting in a 5%  improvement in fuel...