Everything is connected on planet parking 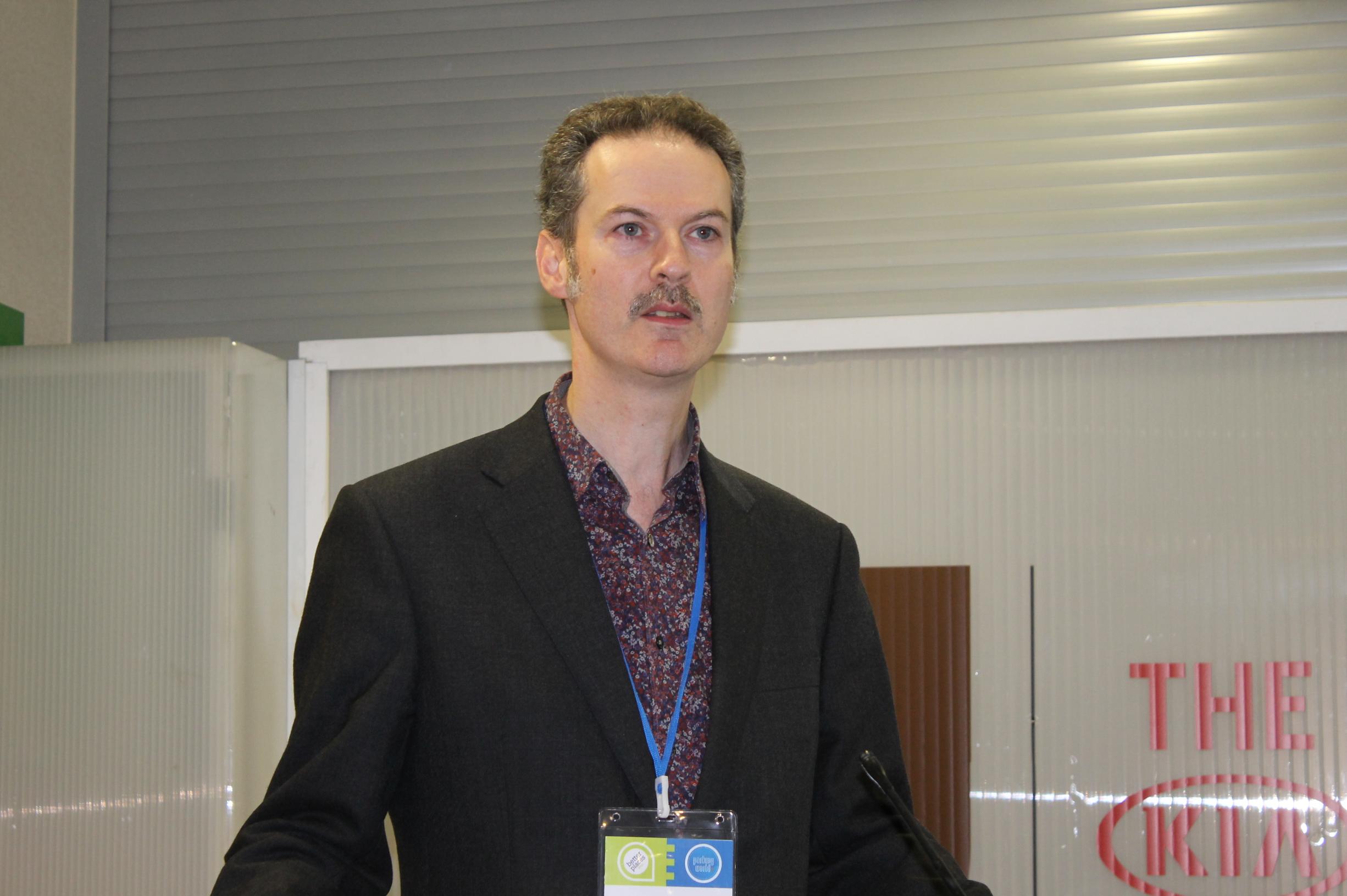 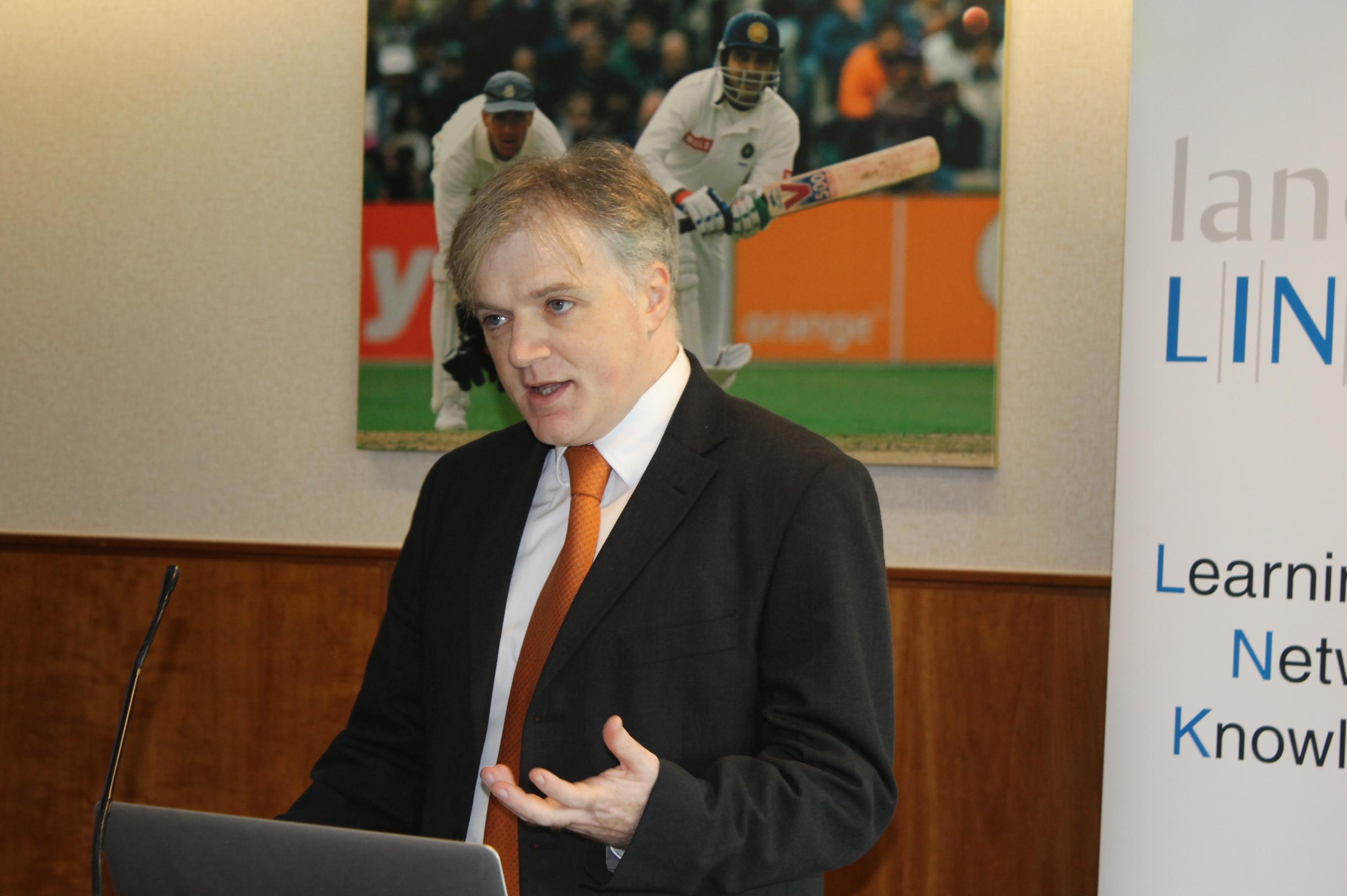 The efficient management of the kerbside and roadspace is essential to the health, wealth and vitality of urban centres. These were central themes of Parking World 2016, which took place in London on 24 November.

Over 250 people attended Parking World to listen to a programme featuring over 50 speakers from across UK and Europe. There were presentations by local authorities, academics, consultants, architects, technologists, campaigners and contractors.

The programme was devised by Mark Moran, editor of Parking Review, and urban expert and Landor LINKS editor Juliana O’Rourke.

Parking teams are key to ensuring the kerbsides in town centres remain accessible not just to shoppers, but also to the delivery vehicles and utilities that keep them running. Likewise, the provision of well located and accessible car parks by local authorities and private operators is important to the day-to-day operation of shops, businesses and leisure attractions.

The myth of free parking

The relationship between the car, parking and the High Street economy is often dictated by assumptions and myths. For example, many retailers and politicians continue believe the provision free parking encourages spending in stores. Guiliano Mingardo, a lecturer on transport economics from Erasmus University Rotterdam, debunked the idea that free parking is the key to healthy town centre.

“There are two major misunderstandings in parking policy: Free parking exists and paid parking is bad for the city economy,” he said.

On the first point, he pointed out there is no such thing as ‘free’ parking because the spaces need to be paid for by either the retailer or the taxpayer. He then showed that the most important challenges facing town centres have been the economic crisis, the rise of internet shopping and an oversupply of retail floor dating back to before the bank crash.

Mingardo drew on the European-wide ‘Push-Pull’ studies to show that there was no correlation between the provision of free parking and the vitality of town centres. Accessibility was far more important than the cost of parking, he said, but ultimately what drives the success of a retail centre is the quality of the stores and services on offer at the destination.

The importance of having an attractive retail offer and a wide variety of things to do was borne out by Paul Necus, who explained how the historic city of Cambridge managed its public parking provision.

“Cambridge has a policy of discouraging long-stay parking in central car parks, instead offering affordable, value for money short-stay parking,” said Necus, who has just retired as head of specialist services at Cambridge City Council.

“Parking is cheaper at off-peak times such as early evening, but more expensive on Saturday than other days of the week. The city has used differential pricing between its popular Grand Arcade site and other car parks to manage and reduce queuing. It is also cheaper to use park & ride than to drive into city to park.”

The parking management sector is having to adapt to the online world, moving from behaving like property companies to being more like retailers, said Max Crane-Robinson, commercial director at NCP. In this way, car park operators need to evolve in the same way that retailers are.

“In the future customers will find, park and pay using their mobile and in-car services that are linked to their own account,” he predicted. “Customers will pay more for using cash and anonymous card transactions, assuming those methods exist at all.”

Drivers will not need multiple, exclusive platforms to facilitate their parking based on location, he said. Instead, they will be offered differential pricing, offers and rewards based on where and when they park. They will have their parking sorted through seamless integration with their final destination,” he said. ?

Parking levies on the menu

While some local authorities may continue to believe that free parking is the route to improving the vitality of their high streets, others have long used pricing mechanisms to ration parking and so deter cars from entering town centres. But how about using parking revenues to fund the switch to public transport, walking and cycling? The workplace parking levy (WPL) is a mechanism that places a surcharge on private non-residential parking, encouraging a reduction in commuter traffic while funding public transport.

The city of Nottingham has pioneered the WPL approach in the UK. A panel comprising the council’s WPL officer Nigel Hallam, head of parking Jason Gooding and Tom Henderson, partner at the city’s legal advisors Bircham Dyson Bell, explained the process of implementing a levy and operating it.

Over the past four years the WPL has raised £34.6m revenue. “All funds generated are ringfenced by law for investment in Local Transport Plan objectives,” said Hallam. “The WPL has contributed to an extension of the tram network (NET Phase Two), redevelopment of Nottingham Railway Station, and improving the city’s Link bus service which serves key employment sites, hospitals and universities.”

There has been 100% compliance among employers liable to pay the WPL, and that 99.9% of WPL revenue has been collected.?

Session chair Chris Wade, from the People & Places Partnership, said: “Lessons from the Nottingham WPL is that it’s transferable with good engagement and clear benefits.”

Transport and city planners around the world want to reduce congestion and curb pollution by reducing car use. As Nigel Bidwell, a partner at architects Farrells, pointed out, between 30-45% of drivers in urban centres are searching for parking.

The impact of vehicle emissions on the economic health of towns and cities, and the physical health of their populations has recently become a major political concern. Offering alternatives to the car has been central to Vienna’s approach to making the city a better place to live, as was explained by its head of urban development Andreas Trisko. Just 26% trips in Vienna are made by car, and this is percentage is falling, he said.

Parking World also explored how the emergence of car-sharing, car clubs and Uber cars will allow us to travel by car when we need it but be released from the costs of owning a car, and stress of finding a place to park it. The future could thus be one where cars are part of a matrix of travel options that we can buy as when needed. Depending on the journey and travel conditions, we could mix hired bikes, buses, trains and car hire for just the time we use it. This approach, known as Mobility as a Service (MaaS), is being considered by city planners, transport operators, technology providers and the auto industry alike.

The car may not remain the problem child of urban transport for long. Vehicles are becoming less polluting and feature ever smarter route guidance systems that optimise journey times and find both the best routes and available parking. Many cars can now park themselves and autonomous vehicles are already being tested on our roads.

Cars are also becoming ever more connected into the way we live, which is online. Robert Shorten, Professor of Control Engineering and Decision Science at University of Dublin, discussed how the array of sensors, cameras and communications systems modern cars have mean they are able to share data about the availability and exact location of available parking. He showed how, via the Internet of Things (IoT), sensor equipped hybrid vehicles could have a role to play in improving air quality by adjusting their engine mode so as to use electric power when pollution levels were high, or they were near sensitive sites such as schools.

Cars have transformed the way streets look, for the worse. But the era of roads lined with parked cars could be coming to an end, said Rory Bergin, partner at HTA Design. “Autonomous cars will change the way we design and use our streets,” he said. “We’re confident it will happen within a decade.”

Bergin showcased ‘Supurbia’, a vision of residential streets where the move from individual car ownership to use of shared autonomous vehicles enables roadspace to be transformed into green space, play areas and attractive public realm. “We need to sell people a vision of how their streets would look with fewer cars,” he said.

Mahmood Siddiqi, bi-borough director for transport and highways in the Royal Borough of Kensington & Chelsea and London Borough of Hammersmith & Fulham, said the spread of electric vehicles, car clubs and the development of autonomous vehicles were all factors that local authorities need to start considering.

However, the political realities of managing the next generation of vehicles in urban settings were flagged up by Daniel Moylan, former deputy leader of Kensington & Chelsea and now chairman of Urban Design London. “Can we map these emerging technologies on to the problems we face?” he said. “If we do, we find that most of them do not map very well, with electric cars being an exception. But even electric cars bring problems of on-street parking and charging reliability.”

Moylan expressed concern about what he sees as a complete absence of plans to mix autonomous vehicles with pedestrians in inner urban areas. “Autonomous vehicles will require substantial new control measures to manage pedestrian conflict, with no assurance that urban congestion will fall,” he warned.

One factor that planners and politicians will always have to factor in is the human one. While car-makers and technologists are keen on autonomous cars, it does seem that large sections of the motoring public remain sceptical about surrendering control to a computer.

“Half of motorists can’t see driverless cars becoming the norm,” said Neil Greig, policy and research director at IAM RoadSmart. Research undertaken by the safer driving charity suggests that 65% of drivers believe a human should always be in control of a vehicle.“One of the issues raised about driverless cars is if they could be hacked,” he revealed.