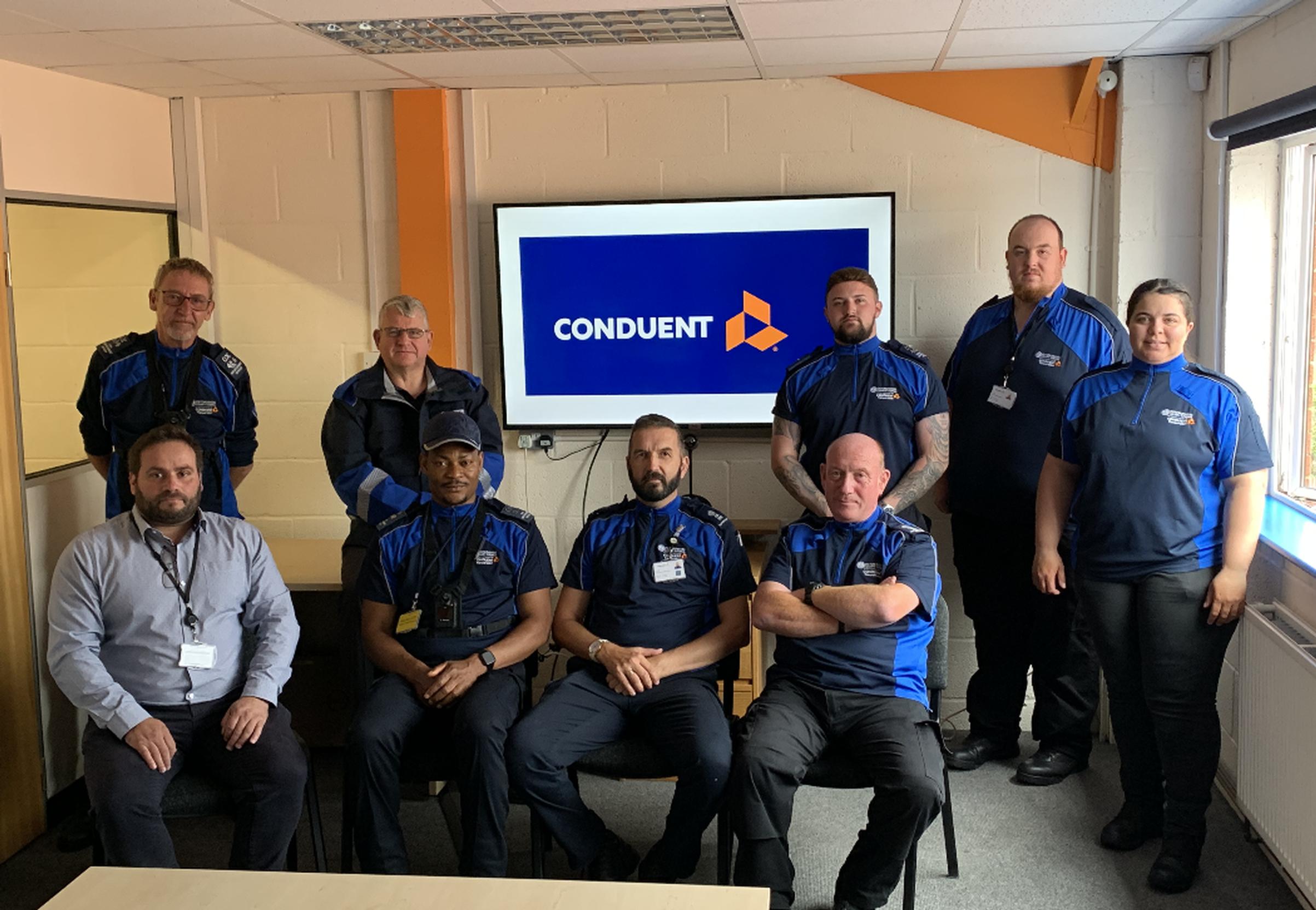 People who feel unsafe or at risk on Oxfordshire’s streets can now get help from the county’s parking patrol officers.

Oxfordshire County Council’s parking contractor Conduent Transportation is training its on-street parking civil enforcement officers to become the first in the country to participate in the ‘Ask for Angela’ campaign to help vulnerable members of the public in dangerous or uncomfortable situations.

It is an extension of the Ask for Angela campaign that started in 2016 and is used by bars and other venues in the hospitality industry to protect people from sexual or violent assault. Anyone who feels unsafe, vulnerable or threatened can discreetly seek help by approaching staff and asking for Angela.

Cllr Jenny Hannaby, Oxfordshire’s cabinet member for community services and safety, said: “This is an incredibly worthwhile initiative, and we are delighted to be trialling it first in Oxfordshire. Conduent and its officers are pioneering a new approach which we hope will make our streets safer for everyone.”

Jade Neville, head of user experience at Conduent Transportation, said: “Conduent is proud to be the first on-street parking provider in the country to join the Ask for Angela campaign and make its contribution to improving safety on the county’s streets.”

The code phrase ‘Angela’ indicates that they require help, and a trained member of staff will look to support them. This might be through reuniting them with a friend, arranging a taxi, or calling security or the police.

Working with Thames Valley Police and Oxfordshire County Council and Oxford City Council’s ODS parking officers, Conduent saw an opportunity to help tackle violence against women, girls` and vulnerable people by expanding the Ask for Angela campaign outside of the hospitality industry.

Thames Valley Police assistant chief constable Katy Barrow-Grint, said: “Protecting vulnerable people is a priority for Thames Valley Police and partnership working is key to achieving this. Whilst we seek to prevent harm from ever taking place, we believe initiatives like this help to make people across Oxfordshire feel safer and prevent criminal activity.”

Cllr Diko Walcott, Oxford City Council cabinet member for safer communities, said: “Oxford City Council has long supported and participated in the Ask for Angela initiative as part of our community safety strategy. It’s great to know that ODS are now including their parking attendants along with those from the county council in the scheme.”

Through the training, Conduent’s parking officers have been given an awareness of vulnerability and their responsibilities towards the public during their shifts. The aim is for officers to be an additional point of contact for those who feel unsafe, as Ask for Angela is taken into the wider environment.

Members of the Oxfordshire parking enforcement team receive welfare and vulnerability engagement training from the Safer Business Network, and this will also form part of the new starters’ induction process.

The training is based on real life incidents and is designed to look at what can be done to tackle vulnerability on streets.

Parking enforcement officer Roberta Santos said: “The training helped me to identify a person in a vulnerable situation, or someone who does not appear comfortable. After this training, I am confident in my ability to help a person in need.”

The scheme will be operating in Oxford city, plus the Vale of White Horse, South Oxfordshire, and Cherwell District Council areas of Oxfordshire. West Oxfordshire will not be included at this stage, as different parking enforcement arrangements are in place until spring 2023.

Conduent is also working with the British Parking Association as sponsors of Women in Parking to support its tackling violence against women and girls campaign, which is backed by the government.