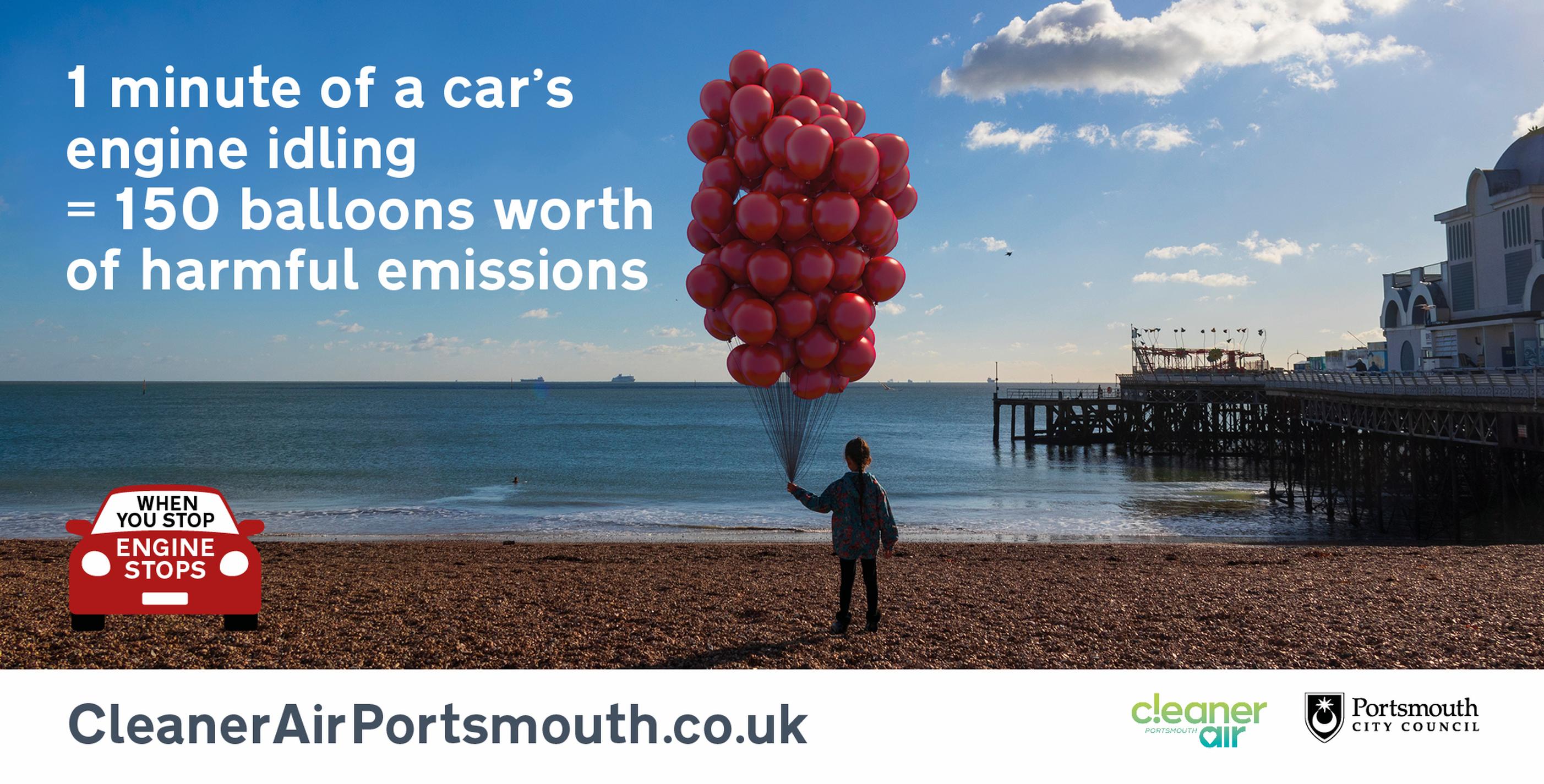 ‘When you stop, engine stops’ is the message of an anti-idling campaign launched by Portsmouth City Council. The council is asking residents to consider the next generation, and, if public transport is not an option, to drive responsibly and not idle.

The campaign focusses on how a single minute of a car’s engine idling releases 150 balloons worth of harmful emissions into the air. It aims to evoke thoughts on how small changes to everyday habits can create big changes.

The council launched the awareness campaign just over a year after a clean air zone (CAZ) was introduced during 2021 in a bid from government to lower air pollution rates in the city.

People do not need to include any personal details or the number plate of the idling car, and it will only take one or two minutes to complete the form.

Cllr Lynne Stagg, cabinet member for traffic and transportation, said: “Air pollution is a real problem that we need to act on now, for the health of our residents now and our next generations. Thousands of residents are experiencing the health consequences of toxic air, yet we still see engine idling rife throughout the city.

“We cannot fix the issue alone – we need drivers to reconsider if their car journey is needed, and if it is, to reduce their engine idling wherever possible. We cannot forget that the carbon dioxide released by vehicles is also contributing significantly to climate change with rising sea levels, droughts, floods and severe storms. I hope to see residents remembering our campaign and either opting for public transport or switching off their engines, considering the 150 balloons worth of harmful emissions each minute of idling that will enter the lungs of those around them and pollute our air.”

The quality of Portsmouth’s air triggered the government mandated introduction of the clean air zone (CAZ), put in place in November 2021. Over this time the council has been monitoring air quality in the CAZ as part of a city-wide air quality monitoring programme.

The data for the past year is in the process of being quality checked and then submitted to the government for analysis. The council expects the first-year report back from the government in early 2023 and will share the findings publicly in due course.

The government requires at least two consecutive years of data to evaluate whether the CAZ has led to a satisfactory drop in air pollution in the area. If the CAZ is found to be compliant with UK recommended air quality levels after this time, the government will let the council know what the next steps can be.

Air pollution has a major impact on the health of people who suffer from respiratory conditions, older people, those with heart disease, children and more. In the UK it is estimated that 28,000-36,000 premature deaths occur annually due to air pollution, with many residents suffering daily from the consequences of breathing toxic air. Thousands of Portsmouth residents are within the vulnerable category for air pollution health consequences.