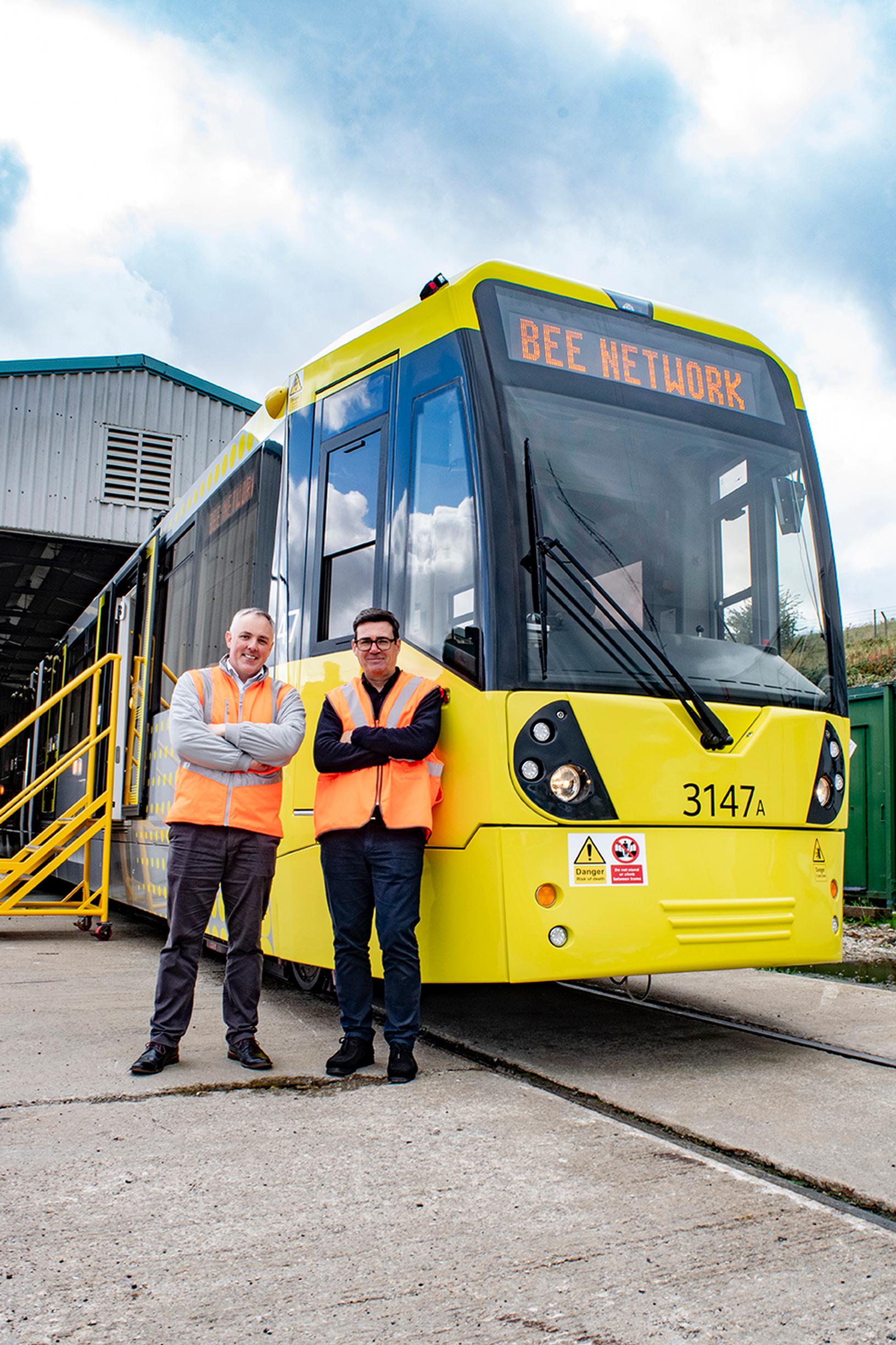 Greater Manchester’s Metrolink has taken delivery of 27 new trams, as part of a £72m investment in the network.

This is the last of a new batch of trams was received by Metrolink operator Keolis Amey Metrolink (KAM) las month, and is undergoing testing and commission before going into service.

In 2018 Transport for Greater Manchester (TfGM) signed a contract with Bombardier Transportation UK – now Alstom – and Kiepe Electric to produce the M5000 tram.

The new trams are funded by the Government’s Transforming Cities Fund, which has also helped build more car parking capacity around the network, as well as expanding Trafford and Queens Road depots.

The new trams will make Metrolink’s fleet more resilient, boost capacity for passengers and allow for more services to be scheduled for high-profile events within the city region, said TfGM.

Andy Burnham, mayor of Greater Manchester, said: “It’s really important we attract people onto public transport as we build the Bee Network, and Metrolink is a key part of our plans for a more integrated, ‘London-style’ system.

“Metrolink is synonymous with Greater Manchester and, following a decade of investment and growth is now the largest network in the country. We are proud of it, and it shows what can be done when you have local control over something that is run in the interests of the people it serves.”

He added: “Like the buses, we now need more people to get on board their local Metrolink services so that we can grow patronage and revenues and put Metrolink back on a more financially sustainable footing.

“The more people that use public transport to more we will ultimately be able to reinvest back into the system and make the Bee Network the first-class public transport system that Greater Manchester needs.”