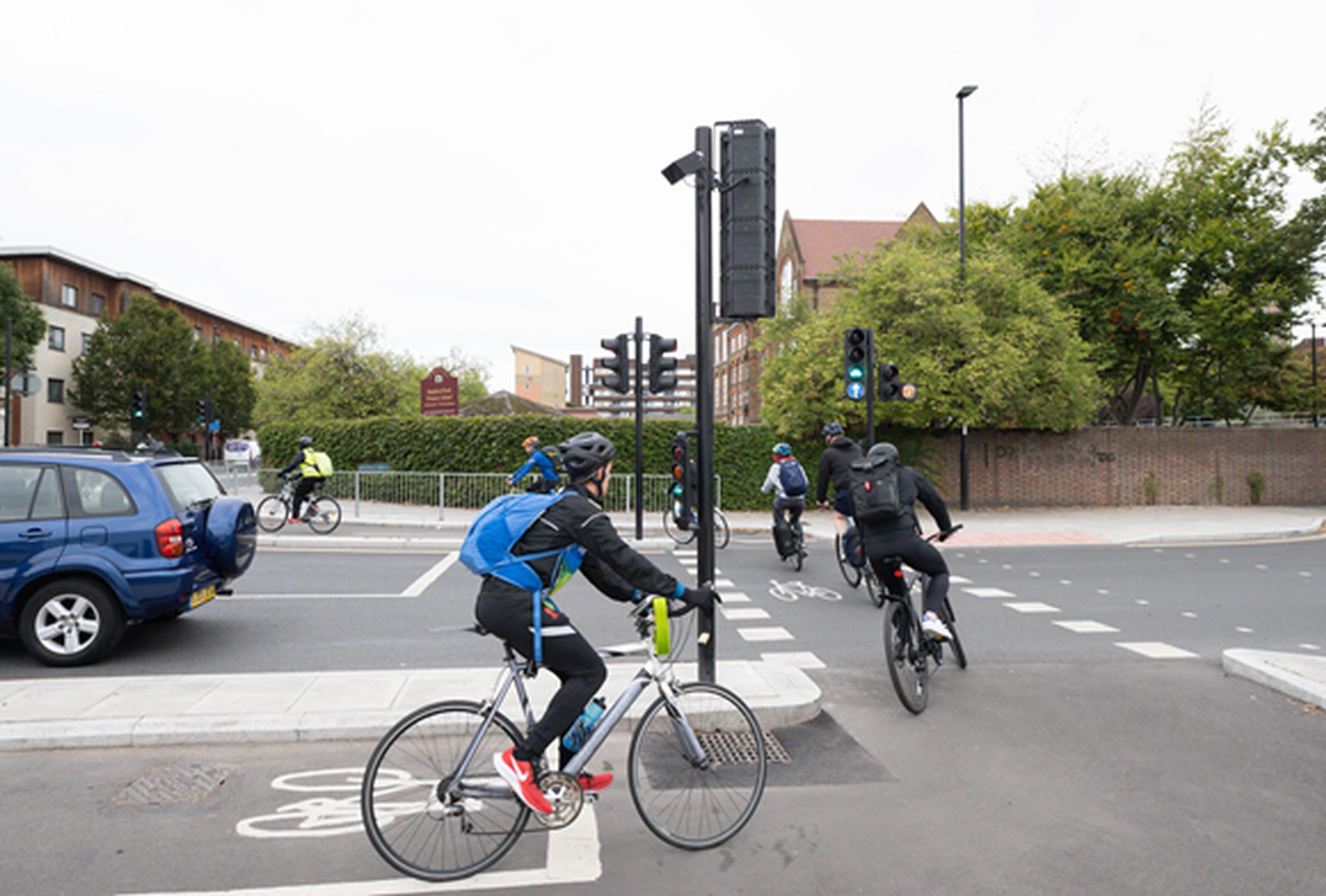 Transport for London (TfL) is to re-start funding for schemes designed to improve streets for  cycling and walking. A range of active travel projects across the capital were paused after TfL’s finances were hit by the Covid-19 pandemic.

In August TfL agreed a £1.2bn funding settlement with DfT up to March 2024 (LTT 2 Sep). This follows a series of short-term emergency deals which, said TfL, curtailed its ability to support active travel projects.

Under the new settlement, TfL must allocate £80m every year to active travel schemes.

Funding will go to safer junction schemes at Holloway Road/Drayton Park and Battersea Bridge (subject to consultation), and pedestrian and cycling improvements at Streatham High Road and Manor Circus.

TfL will also continue lowering speed limits across London to reduce road danger, with plans to introduce a 20mph speed limit on a further 28km of roads in the boroughs of Camden, Islington, Hackney, Tower Hamlets and Haringey by March 2023.

As part of the next phase of the Healthy Streets programme, TfL will complete cycleways currently under construction and begin work on up to 14km of additional sections, including on:

• C37, from Hackney to Westferry

TfL will also continue the design of a further 16km of cycleways, including sections of:

• C9 West, from Hounslow to Brentford

• C4 Extension, from Greenwich to Charlton

• Further sections of the C50, from Finsbury Park to Camden Town

• A new cycle route, from Wembley to Wood Lane

Also, London boroughs will get £12.8m as part of the LIP Bus Priority Programme to deliver bus journey time improvements, contributing to the target of building 25km of new bus lane by March 2025.

In total, £69m annual funding has already been allocated to London’s boroughs to restart work on schemes to make the capital’s transport network safer, greener and more sustainable. TfL said a further £9.8m in 2022/23 and £11m in 2023/24 will be provided to the boroughs as part of the Cycle Network Development programme. Construction includes the missing section of C4 on Lower Road, extending C2 from Stratford to Forest Gate, extending C6 from Kentish Town to Hampstead and protected cycle lanes on Loughborough Road.

Funding also includes the next phase of the Direct Vision Standard (DVS) programme, which aims to develop these standards further to improve visibility for HGV drivers. This includes consultation with the freight industry on proposed safe systems kit, that non-compliant HGVs would need to retrofit to their vehicles in order to obtain a Safety Permit from TfL and operate in London.

London’s walking and cycling commissioner, Will Norman, said: “In the last two years we’ve seen more Londoners than ever choosing to walk and cycle around the capital, but successive short-term funding agreements from Government forced TfL and boroughs to pause spending on some permanent walking and cycling schemes. With the funding now agreed, I’m delighted that we can now restart work on these vital schemes -?as well as beginning the design work for the next generation of new projects.”