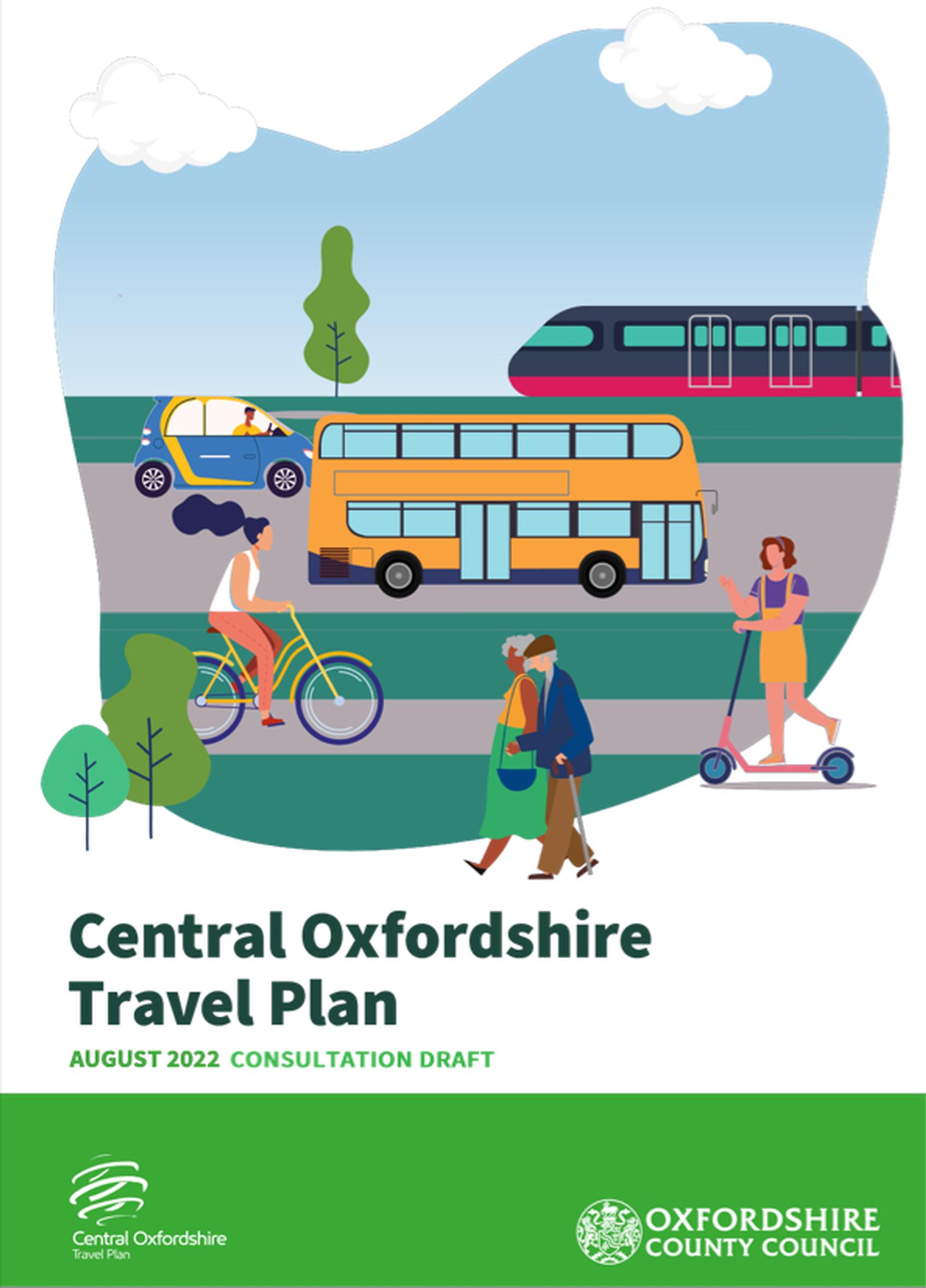 The council is developing area travel plans across Oxfordshire, with the first being the COTP covering the urban area of Oxford, corridors to and from the city, as well as the villages on these corridors such as Kidlington, Eynsham, Botley, Cumnor, Kennington and Wheatley.

The COTP – which is out for public consultation until 3 October – comprises 22 actions. They include:

• A zero-emission bus network with new and improved routes, able to travel at the speed limit 24 hours a day, 7 days a week

• A safe cycle and footpath network for pedestrians and cyclists

• 20-minute neighbourhoods, where everything people need for their daily lives can be found within a 20-minute walk

• Improved safety through a Vision Zero approach to transport safety.

• An inclusive transport network that improves accessibility for all of our residents.

COTP’s targets include: reducing car trips by a quarter by 2030; increasing the number of cycle trips in Oxfordshire from 600,000 to 1 million cycle trips per week  by 2030; delivering a net zero transport network by 2040 and having zero, or as close as possible, road fatalities or life-changing injuries by 2050.

Oxford has poor air quality, particularly in areas with high levels of road traffic, said the council. “The entire Oxford City area has been designated an Air Quality Management Area (AQMA) due to exceedances of nitrogen dioxide (NO2) since 2010. The transport sector continues to be, by far, the largest contributor at 68% to total emissions of nitrogen oxides (NOx) across Oxford. Pollution hotspots are typically located where congestion and a dense urban form exists.”

To tackle this, the council, in partnership with Oxford City Council, is planning a charge-based zero emission zone (ZEZ), which would extend a pilot scheme implemented on a select number of city centre streets in February 2022. The ZEZ pilot itself builds upon a bus based Low Emission Zone (LEZ) that has been in place in central Oxford since 2014.

The county council is also pressing ahead with plans for a workplace parking levy to cover businesses with 11 or more staff parking spaces within the Oxford ring road.

To ensure that commuter parking is not displaced locally, new controlled parking zones (CPZ) may be required, said the council. “Where implemented, CPZs have been extremely successful in managing on-street parking and removing commuter parking.”

There are 43 CPZs across Oxford, and the county council plans to implement a further 13. “We also propose a review of eligibility and quantity of permits issued per property to ensure parking pressure is effectively managed,” the council said.

On-street public parking on routes identified as either being on active travel Primary Routes (Quickways) or on a core bus route will be reviewed. The county council said it will remove on-street parking where it “compromises the functioning of these streets”.

Secure cycle parking is essential to increasing cycling by “ensuring people can safely park their bike close to their destination”, the council said. “A key issue is where the demand for cycle parking, such as in the city centre and district centres, exceeds the formal provision.”

With transport interchanges such as Oxford Station, Gloucester Green Bus and Coach Station, and the Park and Ride sites all in the process of being revamped, this represents an opportunity “to significantly expand the quality and quantity of cycle parking facilities available”.

Public cycle hire scheme will also be implemented at transport hubs. “With a high transient population of students and tourists, a scalable cycle hire scheme has significant potential, and is likely to attract interest from a number of operators.”

This will involve developing a “toolkit of potential transport interventions”. This could include:

• Timed vehicle restriction measures around schools and on neighbourhood streets

• Public realm measures such as parklets where on-street car parking space is repurposed as a social space with seating and planting.

Other proposals in the COTP include a network of cycle routes linking residential and employment areas. The routes would include a mix of “Primary Routes (Quickways), Secondary Routes (Quietways), and Connector Routes” which combined would form a network of over 70 routes across central Oxfordshire.

Funding for proposals in the COTP will come from a range of sources including the DfT, council resources including parking income, community Infrastructure Levy and S106 developer funding contributions.

Duncan Enright, cabinet member for travel and development strategy, said: “We need to look at options that re-allocate the limited road space we have to create a place where buses are fast, affordable, and reliable; where people can walk and cycle in pleasant and safe environments; and where high polluting, unnecessary, individual car journeys take a back seat.”