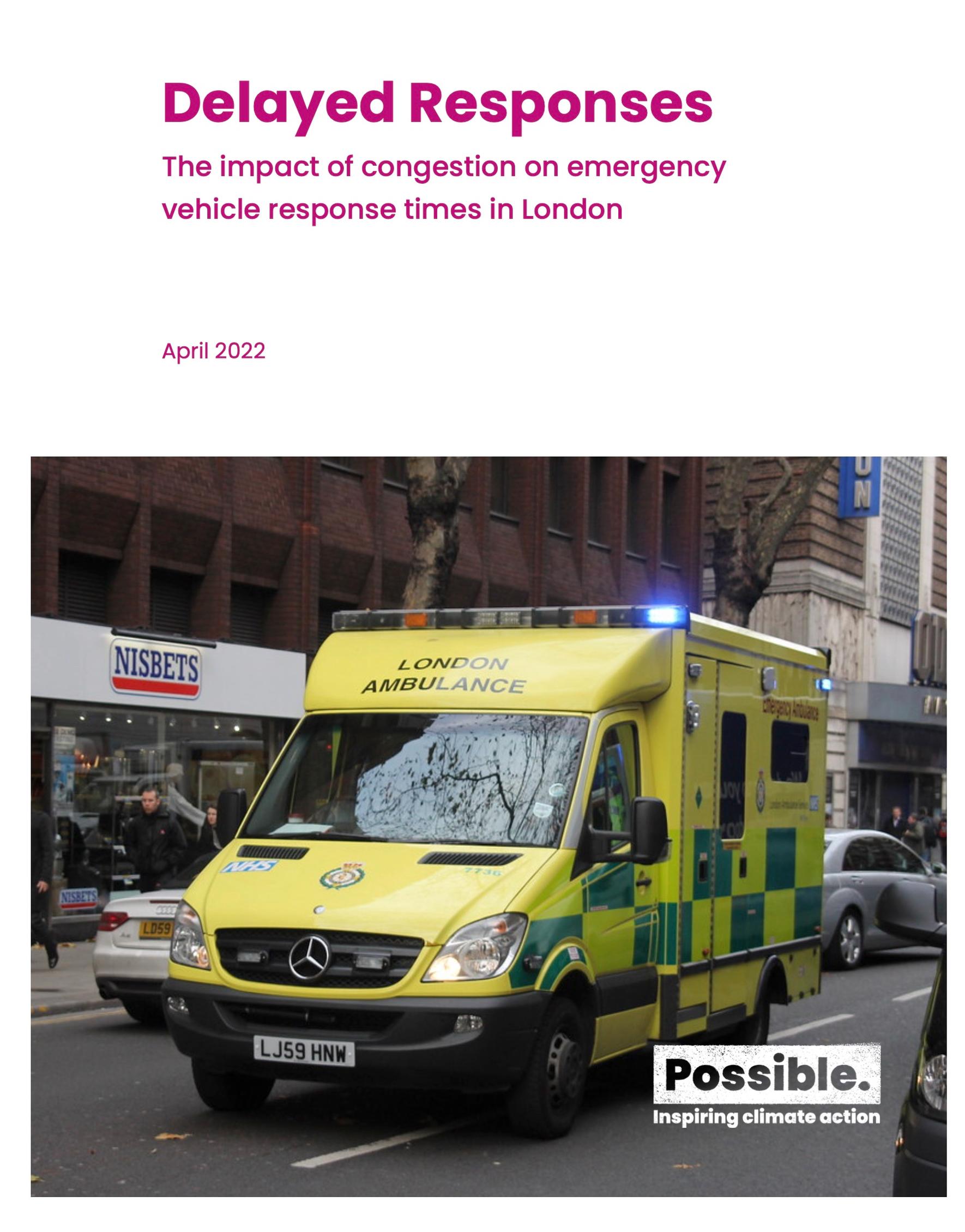 Too many vehicles rather than traffic calming measures is the most likely reason for delays in ambulance and fire engine response times in London, concludes a report by climate action charity Possible.

Its analysis of the 2020 Covid-19 lockdowns found that 999 London Ambulance Service average response times to the most serious medical emergencies fell by 47 seconds, and by 2 minutes 39 seconds for serious emergencies where patients were conveyed to hospital.

Data also showed that 999 London Fire Brigade average response times to the most serious fires fell by 40 seconds during the lockdowns.

“Both drops in response times correlate closely with reductions in traffic congestion on London’s roads during these periods,” says the report.

“The traffic-calming measures introduced during the lockdown were accused as being a cause for delays to emergency vehicles. However, research does not support these claims but instead shows that the real problem is excess car use causing traffic and congestion.

Each percentage point increase in London’s congestion levels is associated with a one second increase in fire service 999 response times, says the report.

Leo Murray, Possible’s director of innovation, told LTT: “There is still no evidence that cycle lanes or LTNs lead to delays in emergency response times. But the living experiment of London's Covid-19 lockdown periods, when the streets were entirely free of traffic congestion for the first time in half a century, showed that average 999 response times to the most dangerous fires and medical emergencies would be precious seconds faster - minutes, in some cases - if not for the traffic jams which plague the city every rush hour.”

Those speaking against the “menace of cycle lanes remain curiously silent about the chronic, ubiquitous, daily delays that ambulance and fire crews suffer from the gridlock caused by too many single occupant private cars trying to drive on our streets at the same time”, said Murray.

“We hope the experience of traffic-free, much faster blue light responses during lockdown might offer a chance to reflect on whether the status quo on the roads might be the real problem here - and not the easy scapegoats of a few new cycle lanes."