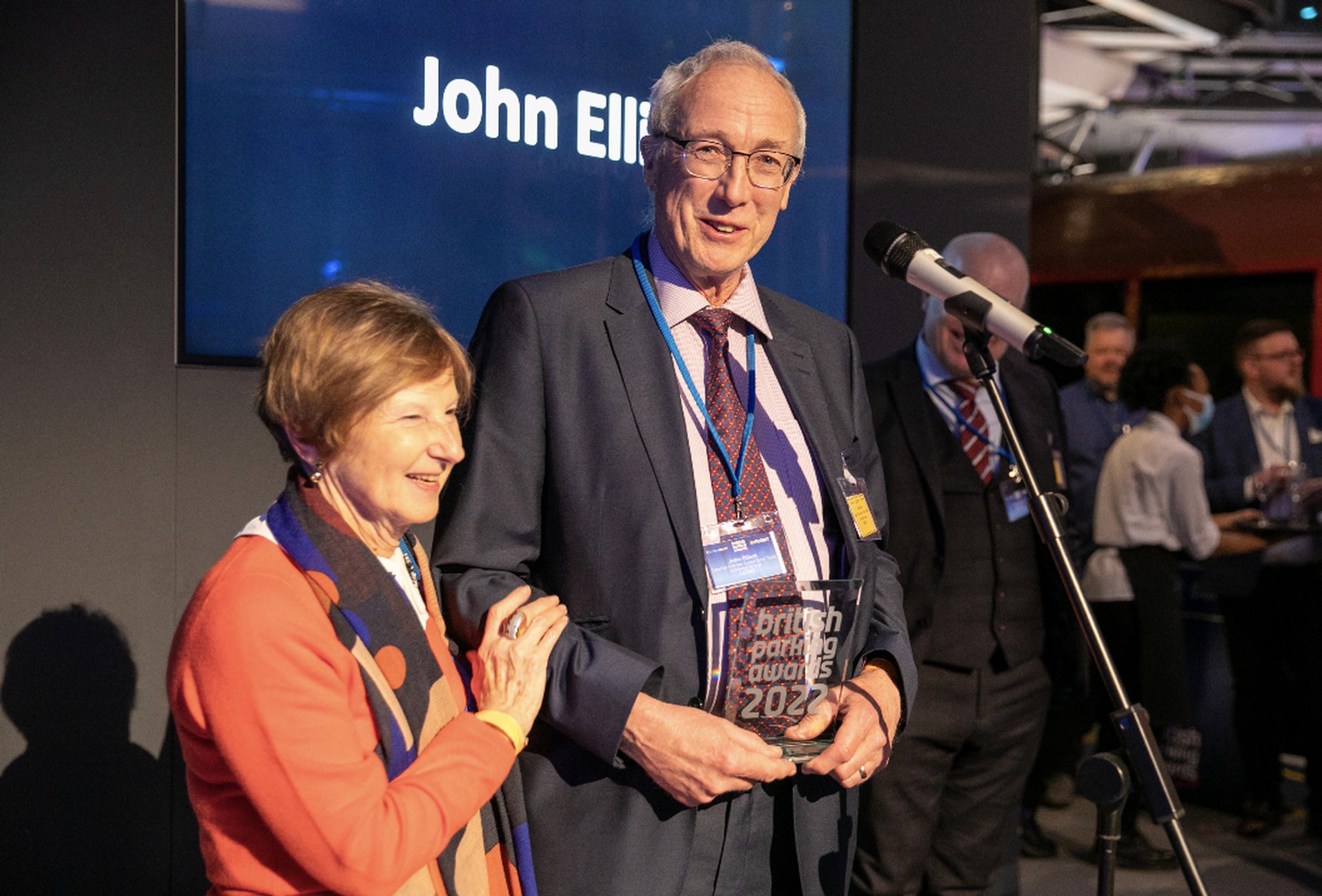 During a very distinguished career, John Elliott, who has worked in the traffic and parking sector for over 50 years, has been a pioneer of effective traffic and parking management, as well as an early advocate of green travel plans. Elliott started his working life as an aeronautics engineer but swapped the conquering of the skies for sorting out the streets in 1971. Since then he has undertaken key transport planning and operational roles within local authorities, universities, civil engineering and planning consultancies, industrial companies, facilities management and parking management operators.

Elliott was chief traffic engineer for Westminster City Council. In 1979, he presented a policy paper with Nick Bursey of Colin Buchanan & Partners on a policy paper that explored the use of parking controls as a method of traffic restraint in London. This influential publication, together with extensive analysis carried out by Elliott and others helped, helped lay the ground for civil parking enforcement.

His public sector posts have also included a stint as head of policy and project assessment for the Greater London Council (GLC), as well as becoming deputy borough engineer, surveyor and planning officer for the London Borough of Barking and Dagenham and director of technical services and planning for Aylesbury Vale District Council. In the private sector his roles included being head of traffic and parking at Sterling Security and later director of parking for Legion Group.

He was also transport and planning manager for Pfizer, where he developed a sector-defining sustainable travel plan including the novel parking cash-out system  that achieved significant change in company culture and major change in staff travel (a 20% reduction in car use in two-and-a-half years). Pfizer’s experience provided a model reflected in many other travel plan guides. He also achieved large changes in staff travel for Canterbury Christ Church University, where he was sustainable transport manager, and also for the London Borough of Southwark.

Elliott is a Chartered Civil Engineer, Fellow of the Chartered Institution of Highways and Transportation, a Member of the Institution of Civil Engineers and the Chartered Management Institute. Elliott is now an independent transport consultant and a part-time lecturer at the University of Hertfordshire and an independent consultant. He also finds time to be a special adviser to the  the National Transport Committee of Local Government Technical Advisers Group (LGTAG).

Mark Moran, editor of Parking Review, said: “John is one of the most insightful, perceptive and compassionate people I have ever met, both in the world of parking and everyday life. He is also perhaps the politest person in parking. It is an honour for the British Parking Awards to recognise such a brilliant career.”