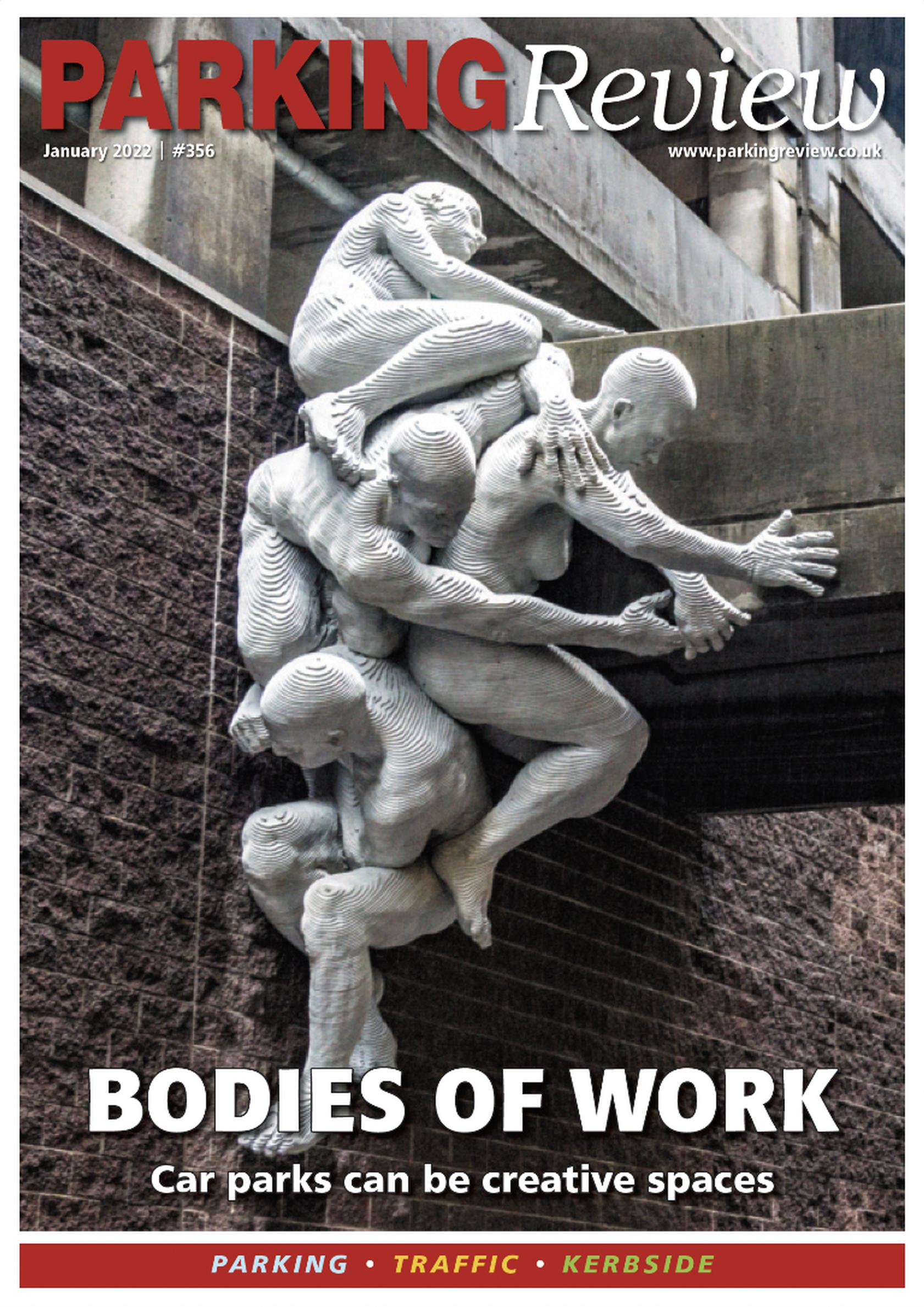 A buttress is an architectural structure built against a wall which serves to support or reinforce it. The Spanish word for buttress is ‘contrafuerte’, which is the title of the striking artwork which features on the cover of this month’s magazine. ContraFuerte is a sculpture by Latino artist Miguel Horn that has been installed at a new car park in the US city of Philadelphia. It comprises the forms of naked people clinging to a wall, supporting one another as they work together to hold either end a bridge in place.

Horn was commissioned by property developer Parkway Corporation as part of the Percent for Art programme, a city council mandate that requires at least 1% of budget costs for major renovation projects or new constructions in public land be dedicated to original site-specific public art. Joe Zuritsky, the chairman for Parkway Corporation, is a collector of Horn’s work so reached out to the artist, asking if he would be interested in presenting an idea for this project with Percent for Art programme. Horn accepted and then started working ideas for the project. Horn wanted to create a piece about how people can support one another.

The artist says he was influenced by the emergence of the #MeToo movement against sexual harassment towards women, his concerns by the growth of negative rhetoric around immigrants, and the fact that in his personal life he was going to have a daughter. These factors came together to shape his idea for a sculpture that uses a vehicle ramp as a stage for figures representing the need to work together.

Philadelphia is clearly a city which has a real commitment to showcasing public art that is both intellectually and emotionally challenging. In this issue we also feature a piece commissioned by Mural Arts Philadelphia called Declaration, a massive artwork created by artist-filmmaker Titus Kaphar and writer-attorney Reginald Dwayne Betts. The piece explores the relationship between justice and race in the United States. The 80-metre cloth mural has been hung on a multi-storey garage facing the city’s Family Court.

Maybe UK cities can emulate ideas like Philadelphia’s Percent for Art programme and use car parks as, in effect, galleries for public artworks that engage, challenge and inspire the communities in which they sit.