Road traffic is a COVID emergency

Unless the government takes a hands-on approach to Low Traffic Neighbourhood schemes, motor traffic will continue its upward trajectory and cycling will diminish 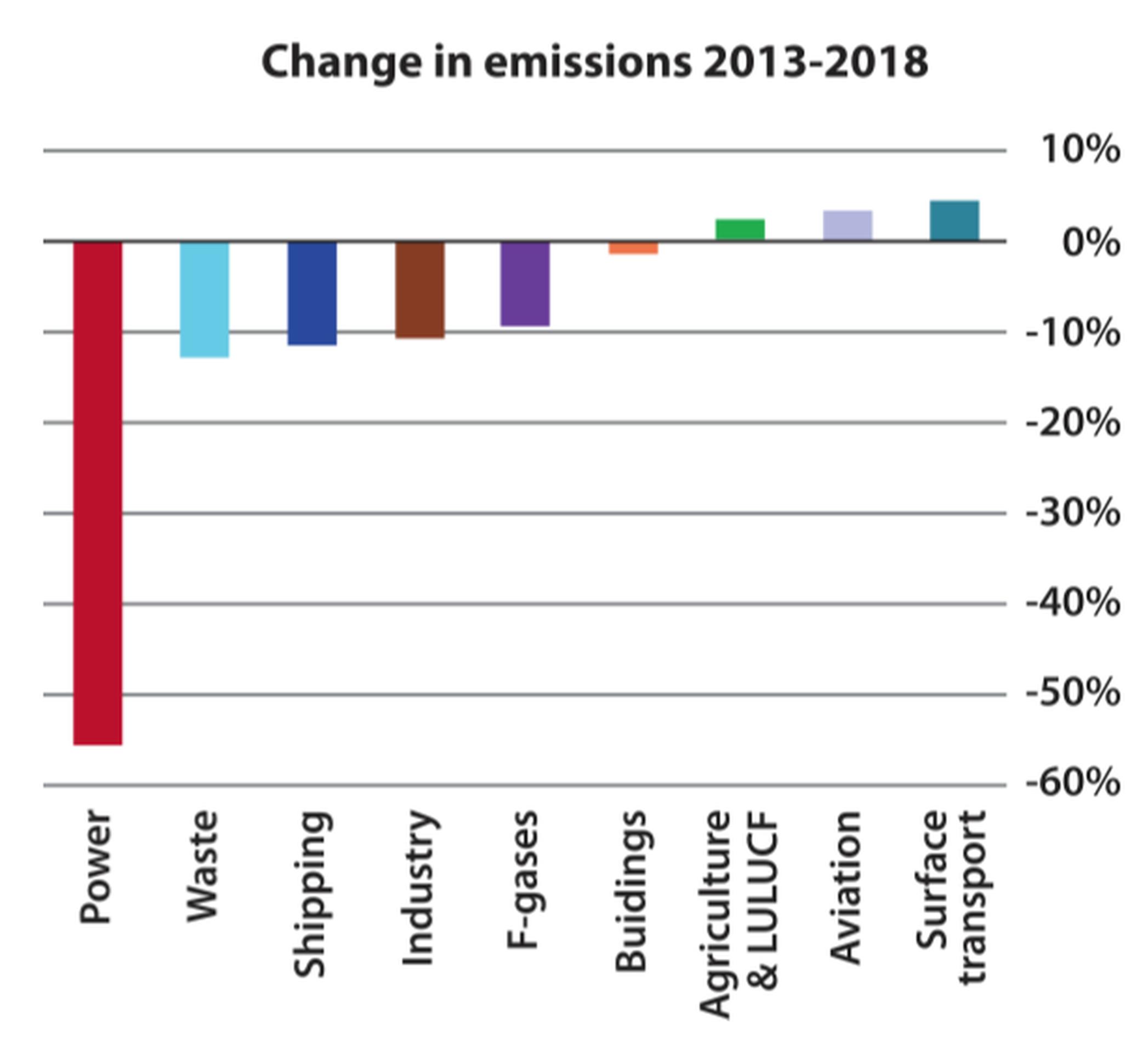 COVID-19 has forced the government to intervene in most spheres of life: locking down the nation, a multi-billion-pound furlough scheme, cancelling exams and closing theatres. From employment to health, education, sport, culture, and public transport, our lives have been regulated in a way we would have found unbelievable a year ago.

But one area has remained largely untouched – road transport. Since the early 1990s, despite increased emphasis on walking and cycling policy, governments have failed to comprehensively increase cycling levels; 2% of trips are cycled in the UK compared with 10% in Germany and 26% in The Netherlands. Meanwhile, motor traffic on side roads has increased by a staggering 44% in the last ten years. Surface transport, in contrast to other sectors, has induced rising CO2 levels1 (see graph). Most car trips are short; a quarter are less than one mile, 60% less than five miles2. So there is vast potential for many of these trips to be done on foot or cycle.

With COVID it became clear that pressure on the road network would increase as people avoided public transport. More short trips needed to be done on foot or cycle to avoid gridlock and more COVID-linked pollution3. Government stepped in. Gear Shift: A Bold Vision for Walking and Cycling was announced in July 2020 alongside the new National Cycle Design Guidance LTN 1/20 and Active Travel funding. Schoolchildren and commuters were urged by Government to cycle or walk.

LTN postcode lottery
Enabling active travel requires protected cycle routes on main roads with the areas between safeguarded against through traffic – what has become known as the ‘Low Traffic Neighbourhood (LTN) approach’. A street closed to through traffic is one open to walking and cycling. Planters, bollards or, in London, ANPR (automatic number plate recognition) cameras can be used to filter streets.

Ten months into COVID, what has been achieved? While some authorities have embraced the chance to filter streets and create protected cycle routes, others have ended up with watered down plans; a couple of modal filters and some School Streets. Or worse, they have ripped out newly installed protected cycle lanes. Many of us will see no change where we live.

Cycling and walking provision is blighted by levels of inequality unparalleled in other spheres. It would be rather like some hospitals having PPE (personal protective equipment), others not. Or some companies offering furlough, others not. The ability to walk or cycle safely – or breathe clean air – is a postcode lottery.

Recent polls show mass support for change; 88% want government to increase road safety, 78% support cutting motor traffic and 65% want space given over to walking and cycling4. Given this extraordinary level of public consensus, what is hindering local authorities from acting to transform streets?

A UK study conducted during 2019 by Rachel Aldred, Professor in Transport at the University of Westminster5, found the top three barriers to cycling were:

Central policy may have changed, the barriers have not. The £2bn announced in July to kick-start the cycling revolution equates to £9 per head falling well short of the £20-£25 needed to catch up with cycling nations. And when it comes to granular level politics, arguing for or against modal filters or space re-allocation often the status quo wins out. Some councillors fear even trialling modal filters. The noisy, well-publicised LTN backlash is drowning out the quieter supportive majority.

Lack of local authority support may also remain. Some officers are passionately committed to walking and cycling. Others less so. If an officer argued that re-allocating space to cycling creates congestion when the Aldred study was done in 2019, they are likely to be making the same flawed arguments in 2020.

How can making space for cycling cause gridlock when cycle traffic is seven times more space efficient than motor traffic? As a member of staff at the Copenhagen Municipality in Denmark remarked to me – “on roads with too much congestion, we create space for cycling”. Congestion results from too little, not too much, cycling space.

The last two barriers – political and officer support – are intertwined. Talk of congestion by officers can make councillors uneasy so they backtrack on schemes. Equally, politicians may not understand transport planning (why should they?) or fear triggering opposition. And now there is a new barrier – people threatening those who support LTNs with road violence. None of this is conducive to getting a nation cycling.

The case for intervention
The government has taken charge of other realms of life from education to employment by compulsion, not request. Government could do the same with highways.

To protect the public, it could requisition highways powers from recalcitrant authorities. Imagine if a safe cycle network were built by decree? Active Travel England, the proposed inspectorate, needs powers to intervene with local strategic transport planning, maintenance schemes, and implementation of LTNs as well as the more grandiose cycling schemes if we are to see the scale of change that is needed.

A public outcry would ensue if dirty water were pumped into our taps. Dirty air is no different. Following the Ella Kissi-Debrah ruling, the right to breathe clean air should be enshrined in law.

We make roads political; they do not have to be. The UK’s current defective highways design approach has lasted seven decades in its present form. It has induced tonnes of CO2 emissions, cost billions in ill-health, noise, pollution and killed thousands of our children. These are deaths by design, not accident.

We need new thinking to overturn the old ‘predict and provide’ orthodoxies, which have not worked. Now is the time to do things differently; trial radical change, create safe streets, replace traffic lanes with trees and cycle routes on main roads. Base space reallocation and LTNs on the brilliant evidence-based Department for Transport tools like the ‘Propensity to Cycle’ on a national scale. Build all the LTNs flagged by London’s Streetscape so that all Londoners can travel safely on their streets, not just a lucky few. Re-direct the £27bn ear-marked for national road building and the estimated £2bn for the Silvertown Tunnel in London6 – schemes designed to induce more motor traffic – to projects which make the existing road network fit for people and the planet.

Allow evidence, rather than local politics, to shape surface transport. For a green road recovery, the government will have to intervene more strongly and treat road transport and air pollution as the COVID emergency it is.

Lucy Marstrand-Taussig is a transport planner with a focus on inclusive planning and highways design. She delivered the keynote address at Landor LINKS’s Traffic + Parking 2020 conference.