Greenwich and Chiswick get new routes under Streetspace programme 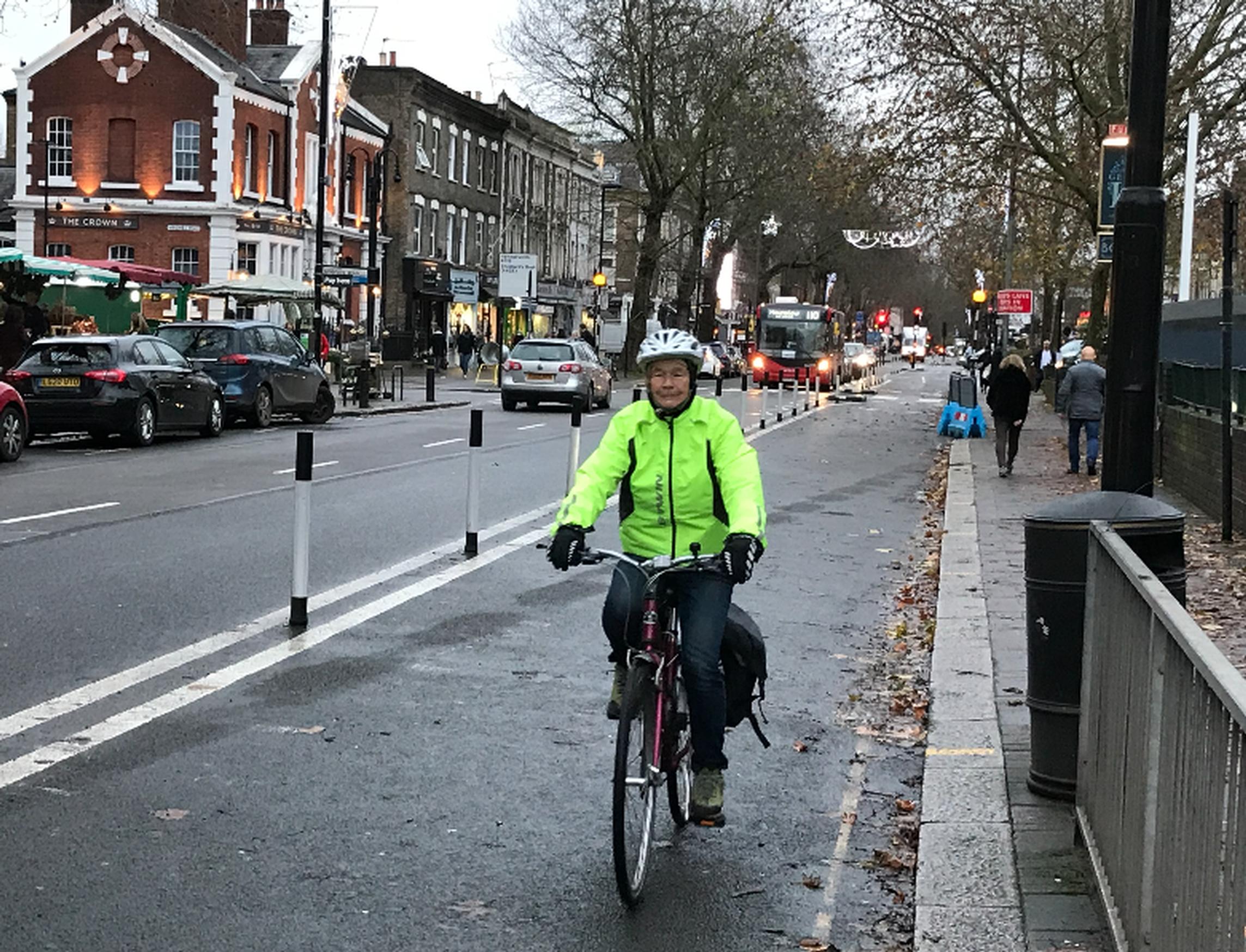 Transport for London (TfL), the Royal Borough of Greenwich and the London Borough of Hounslow have opened two new temporary cycle lanes totalling almost 5.5km of space as part of the Mayor’s bold Streetspace programme.

This project builds on the 90km of new or upgraded cycle lanes that have been delivered or are under construction since May in response to coronavirus.

The new lane will form part of an extended Cycleway 4 (C4), which when complete, will connect Charlton and Greenwich to central London via Rotherhithe and Bermondsey. In September, TfL opened the first section of the route between Tower Bridge Road and Rotherhithe, including a complete overhaul of Rotherhithe Roundabout and three new Santander Cycles docking stations along the route.

Cllr Sizwe James, cabinet member for environment, sustainability and transport at the Royal Borough of Greenwich, said: “Making cycling and walking safer is key to keeping up the momentum of people choosing these active modes of transport as we continue to find our way through the pandemic.

“The junction at the Angerstein roundabout has been an especially dangerous and difficult junction to navigate for cyclists and pedestrians, so I’m glad that there’s now a safer route through there for everyone.”

In west London, the new 2.4km track along Chiswick High Road is the first major section of the Cycleway 9 (C9) route to open. The new route links to other changes to create one of the longest Cycleways to have opened under the Streetspace programme so far. The new cycle track runs between Heathfield Terrace and Goldhawk Road, separating people cycling from traffic and reducing the risk of collisions with motor vehicles.

Other temporary work on C9 that has been carried out so far includes measures on Wellesley Road and between Olympia and Goldhawk Road, which have together created a safer cycling corridor between Olympia and Gunnersbury for the first time. TfL will continue to work with Hammersmith & Fulham and Hounslow Councils on plans to create the Cycleway 9 route in full.

Cllr Hanif Khan, Hounslow Council's cabinet member for transport and One Hounslow, said: "Providing safe spaces for pedestrians and cyclists is not just a short-term COVID-19 commitment, but one London needs for the longer term, to ensure better safety, and better opportunities for people to improve their health, and to play their part in tackling climate crisis and the quality of our environment.

“Although a few minor works are still to be completed we have every reason to believe that, when Tier 4 ends, this route will be well used. Providing opportunities for people to change how they get about can lead to significant benefits for them, for our communities and for the environment.”

Nick Fairholme, TfL’s director of project and programme delivery, said: “We’re determined to do all we can to ensure that London recovers from coronavirus sustainably and measures to keep people cycling safe are absolutely vital to this. These new protected cycle lanes will make a real difference to thousands of people in the area and beyond, giving them confidence as they make journeys by bike. I’d like to thank people in the area for their patience during construction work and as with all of our new infrastructure, we’ll continue to monitor local roads to ensure that the new lanes are working as intended.”

Enabling more people to walk and cycle safely has been a central part of TfL’s response to the coronavirus and plans help London to avoid a car-led recovery from the pandemic.  Recent data published by TfL showed walking and cycling accounted for half of all journeys between April and June, up from 29%.

TfL is working with London’s boroughs on plans for the next phase of its Streetspace programme, which is creating extra space across the capital to enable more people to walk and cycle safely while social distancing. More than 90km of new or upgraded cycle lanes have been delivered or are under construction so far, and 22,500m2 of extra space for people walking has also been created.

TfL has made a commitment to eliminate death and serious injury on the transport network as part of its Vision Zero approach. It anticipates that the new cycle lanes will reduce the chance of conflict with motor vehicles by separating people cycling from traffic, enabling more people across the local areas and beyond to cycle with confidence.

Will Norman, London’s walking and cycling commissioner, said: “Creating more cycle routes is more important than ever so I’m delighted that these two new routes are now complete. Not only will they enable many more journeys to be made by bike, which is vital to reduce the risk of a car-led recovery from the pandemic, but they also help ease pressure on public transport while social distancing continues to limit capacity. I’m particularly pleased that the notorious Angerstein roundabout has been made much safer for both people cycling and those on foot.”

Ashok Sinha, chief executive of the London Cycling Campaign, said: “The London Cycling Campaign warmly welcomes the opening of these two new cycle lanes. They will further extend the success of the Mayor’s Streetspace programme, enabling many more Londoners to get around safely during the pandemic and beyond. A mass extension of the cycling network is also exactly what our city needs to help create climate safe streets, reduce air pollution and support active lifestyles. This news is also particularly welcome because the Angerstein junction in Greenwich, where a cyclist was killed in a collision two years ago, is now safer to cycle across.”