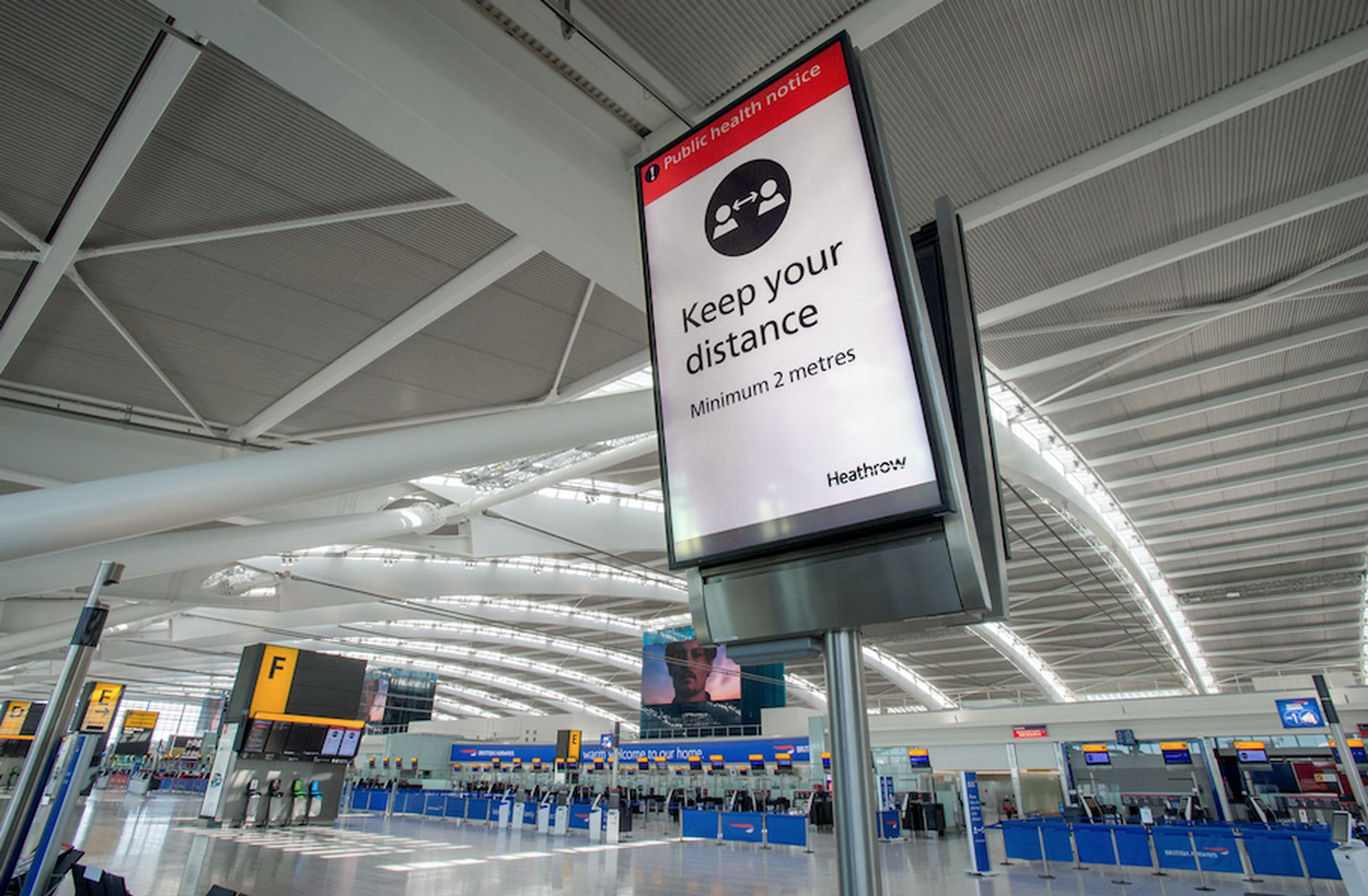 Passengers arriving into England will be able to reduce mandatory self-isolation by at least a week of they pay for a COVID test under a new UK government for testing international arrivals.

Transport Secretary Grant Shapps has announced that from 15 December 2020, passengers arriving into England from countries not featured on the government’s travel corridor list will have the option to take a test after five days of self-isolation, with a negative result releasing them from the need to isolate.

The move is intended give passengers the confidence to book international trips in the knowledge that they can return home and isolate for a shorter period if they have received a negative test.

To protect NHS Test and Trace testing capacity, the tests will be paid for by passengers and carried out by private sector suppliers. Those opting in to the scheme will book and pay for a COVID-19 test from a private provider on the GOV.UK list.

It is being predicted that the tests from private firms will cost between £65 and £120.

Under the ‘Test to release for international travel’ strategy, passengers arriving into England by plane, ferry or train should book their test before they travel; must complete a passenger locator form and will still need to self-isolate for five days before taking a test, rather than taking it at their port of arrival.

Transport Secretary Grant Shapps, said: “We have a plan in place to ensure that our route out of this pandemic is careful and balanced, allowing us to focus on what we can now do to bolster international travel while keeping the public safe.

“Our new testing strategy will allow us to travel more freely, see loved ones and drive international business. By giving people the choice to test on day 5, we are also supporting the travel industry as it continues to rebuild out of the pandemic.”

The Government said it considered the evidence which demonstrates that a test after five days of self-isolation provides materially better results than just having a test on arrival, as it allows time for the virus, should it be present, to incubate, helping reduce the risk of a false negative result.

Health and Social Care Secretary Matt Hancock said: “Ensuring that safe travel is possible has been a priority for the Global Travel Taskforce. This test on Day 5 of the 14-day self-solation period will identify positive coronavirus cases and allow those who test negative to return to work and see their loved ones while abiding by domestic coronavirus restrictions. This will be done at the cost of the traveller to protect the capacity of NHS Test and Trace and ensure that any UK resident who has symptoms is able to get a test.”

Passengers will be able to book a test from a provider on a GOV.UK list before arriving in England. If they choose to book a test, they will need to state this on their passenger locator form prior to arriving and then go straight into self-isolation at home as usual. If they choose to opt in after arrival, they will need to resubmit their passenger locator form.

They can then take a test on or after Day 5 of the isolation period either at home or at a private provider’s testing site, and on receipt of a negative result, can immediately finish self-isolating and return to following domestic rules.

Those choosing not to take a test when arriving from a non-exempt country must continue to follow the current self-isolation requirements (two weeks).

The testing strategy is one outcome of the Government’s Global Travel Taskforce report recently presented to the Prime Minister, which also sets out a pathway to restarting the cruise sector.

The recommendations are based on advice from a consortium of expert representatives from the aviation, maritime, international rail, tourism and hospitality industries to boost international travel for all modes, whilst safeguarding public health in the UK.

The Government will also continue to work with international partners and representatives across the transport industries to further build on the recommendations in the report, including exploring pre-departure testing pilots with partner countries on a bilateral basis.

Scotland and Northern Ireland are considering a similar scheme, while Wales said it was supportive in principle

A Welsh Government spokesperson said: “We will need to consider the data and evidence underpinning this scheme before making any decisions on changing international travel restrictions in Wales.”

The Scottish Government said it was working with Scotland's main commercial airports and clinical advisers to understand the possible risks and benefits of the scheme as well as the capacity of private sector labs to conduct testing. A spokesperson told the BBC: “It is important that any travellers arriving in the UK understand, and respect, the different restrictions in place in the different nations.”

Northern Ireland's Department of Health said: "Consideration is currently being given to the implementation of testing scheme which could potentially allow those who have arrived in Northern Ireland from a non-exempt country to end their self-isolation following receipt of a negative test, which would be privately provided.”

There was mixed and muted support from the aviation sector. Tim Alderslade, Chief Executive of Airlines UK, which represents UK-registered carriers, welcomed the announcement. He predicted demand for air travel will return “tentatively return” following the decision, but said a pre-departure testing regime that completely removes the need to self-isolate was the only way to reopen the market.

London Heathrow’s chief executuve John Holland-Kaye said the new regime would be better than current situation  but was not the end solution.
Holland-Kaye said: “At the moment these private tests are quite expensive but we are seeing costs coming down quickly and if we can use the lateral flow tests, then of course they are very quick and very cheap. If they are part of the solution then that could be something anybody could use to get close to business as usual.”

The UK Government has meanwhile promised new financial support for English airports and ground handlers serving them. The support will address fixed costs and be equivalent to the business rates liabilities of each business, capped at up to £8 million per site, and subject to certain conditions. This scheme will open in the New Year.

Chancellor Rishi Sunak said: “The aviation industry is vital to our economy – creating jobs and driving growth- which is why we have supported them throughout this crisis through the job retention scheme, loans and tax deferrals. This new package of support for airports, alongside a new testing regime for international arrivals, will help the sector take off once again as we build back better from the pandemic.”