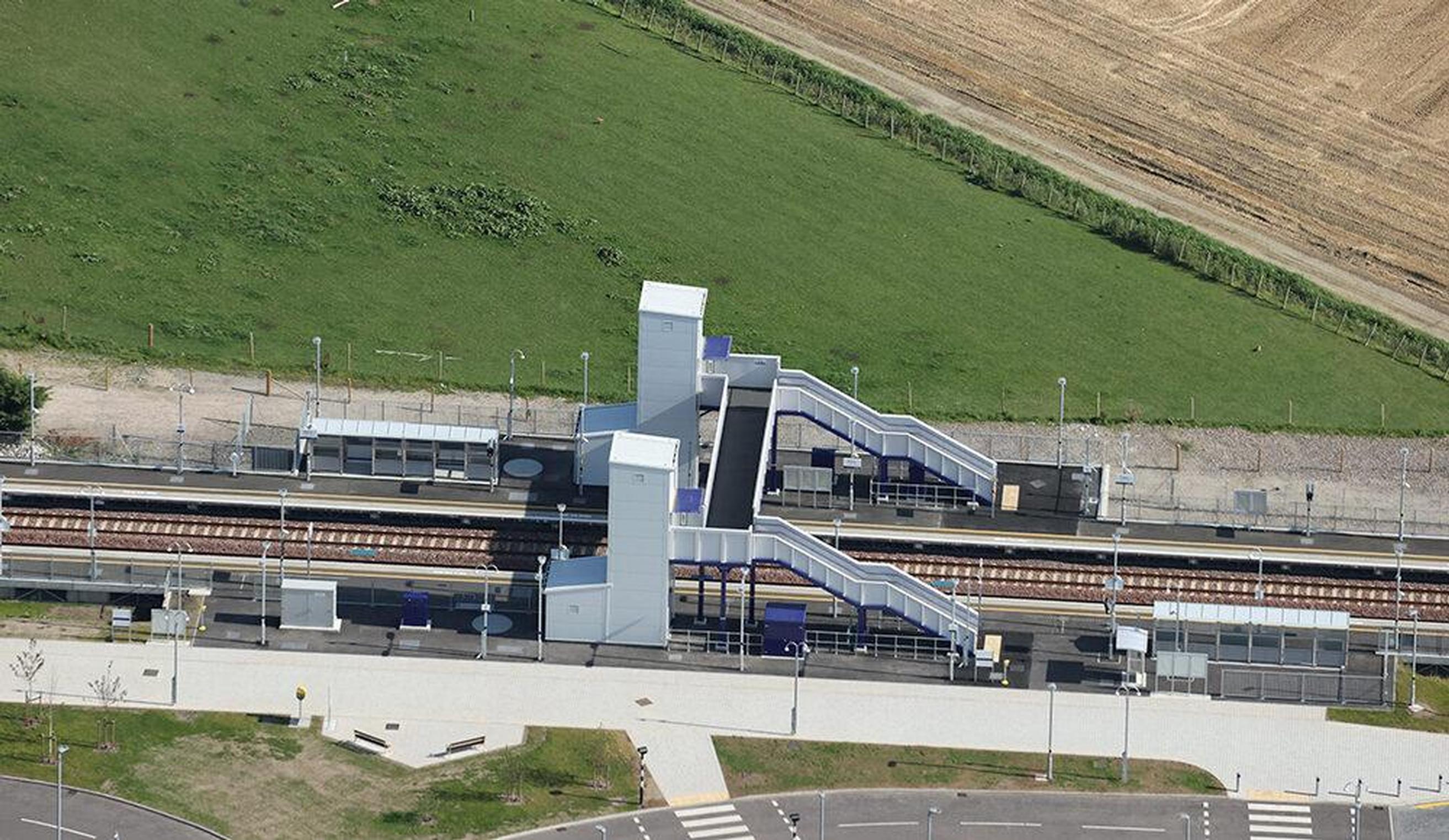 Kintore re-joined Scotland’s rail network after an absence of 56 years on 15 October with the opening of the town’s new station. Providing an interchange between rail and road, the two-platform station is fully accessible, offering step-free access between platforms via a footbridge with lifts.

With 24 of the 168 parking spaces fitted with electric charging points, Kintore station is now the largest electric vehicle charging place in the north-east of Scotland.

Connected to the local bus network, the station also links into the Inverurie-Kintore cycle path.

The new station will be served by up to 28 ScotRail trains each day, including refurbished high-speed InterCity trains. Customers will benefit from a half-hourly service at peak times Monday to Saturday, and an hourly service on Sundays.

Funded by Transport Scotland, Aberdeenshire Council and Nestrans the new station reconnects Kintore to rail for the first time since 1964, when the original 1854-built station closed as part of the Beeching cuts. Elements of the original station, including heritage benches and salvaged signs, have been reincorporated into the new facility.

Reopening Kintore was made possible by the recently completed Aberdeen-Inverness Improvement Project that doubled the track between Aberdeen and Inverurie, increasing capacity for new passenger and freight service on the route.

Kris Kinnear, Network Rail Scotland’s capital delivery director, said: “We’re committed to working alongside the Scottish Government to open up our railway to as many communities as possible across Scotland. This station will create new social and economic opportunities for people in Kintore and we are pleased to have been able to deliver the new facility for the town. The north east’s rail network has benefited from significant investment over the last five years to increase capacity and create more flexible journeys for passengers.”

David Simpson, ScotRail operations director, said: “It’s fantastic to see trains call at the station for the first time in almost 60 years. Customers in Kintore can now benefit from a fast and frequent service to Aberdeen and Inverness, which will be transformational for the town and the surrounding area for years to come.”

Nissar Mohammed, BAM Nuttall operations director rail, said: “The opening of Kintore Station is one of the final pieces of the jigsaw puzzle for Network Rail and BAM in our efforts to transform rail connectivity between Aberdeen and Inverness. Kintore Station offers local commuters the chance to travel in speed and comfort into Aberdeen in less than 20 minutes and onwards to the rest of the rail network. Alongside our work to dual the line between Aberdeen and Inverurie, this new station is the culmination of over five years work to make rail the transport option of choice for people living and working in North East Scotland. I’m very proud of BAM and the rest of the ‘Scotland’s Railway’ team and I know that rail customers will benefit from their work for years to come.”