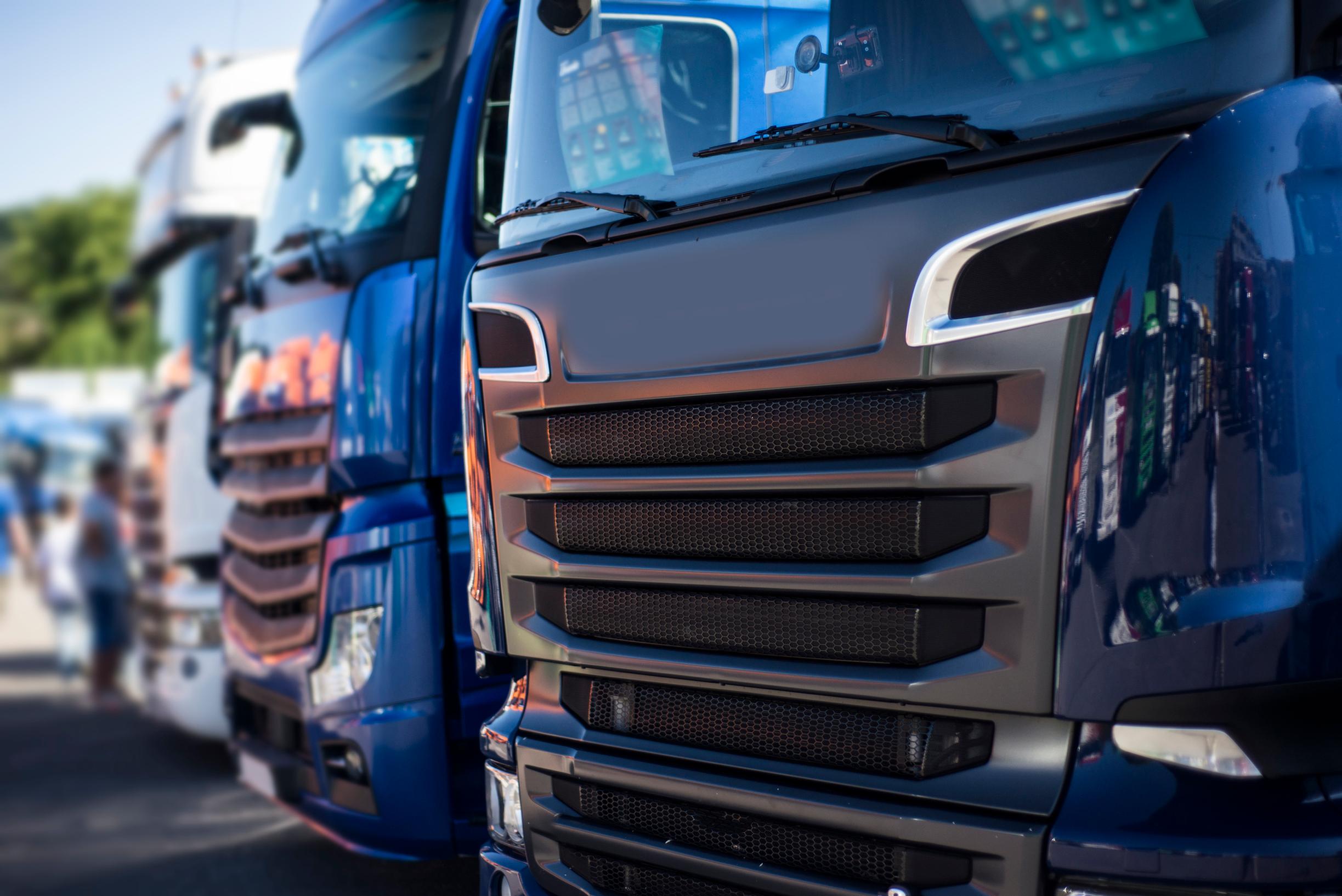 Over €85m of products were stolen from air, road, sea and rail freight supply chains in 46 countries in the Europe, Middle East & Africa (EMEA) region in the first half of 2020, even with national COVID-related lockdowns restricting people and vehicle movements.

While the activities of opportunist, ad hoc cargo thieves almost certainly reduced in the first six months of the year, the Transported Asset Protection Association (TAPA) says its 2020H1 intelligence indicates the strong presence of organised crime groups (OCGs) across the EMEA region.

TAPA suggests many were ‘stealing to order’ given the number of losses of personal protective equipment (PPE) and other in-demand goods such as food, drink, cosmetics and hygiene products.

Over €52m of the 2020 first-half loss total was attributed to 96 major incidents; classified as those crimes with individual losses of goods worth €100,000 or more. The average value of products stolen in these cases was €542,761.

The supply and demand nature of the black market for stolen goods prompted a noticeable spate of thefts of PPE equipment as offenders looked to cash in on one of the most sought-after products to help fight the outbreak of the coronavirus.

In the biggest single loss of PPE, two million face masks and other PPE equipment valued at €5,000,000 were stolen from an Origin Facility warehouse in Santiago de Compostela in northwest Spain in April.

Similar demand for a product in short supply in supermarkets and shops during the lockdown was also reflected in the theft of 130,000 toilet rolls from trailers in Walsall in the United Kingdom on 20 March.

Thorsten Neumann, president and chief executive of TAPA EMEA, said the latest figures have quickly dispelled any hopes that national lockdowns during the height of the pandemic would eradicate cargo losses.

“It clearly takes more than a global pandemic to stop the activities of organised crime groups,” said Neumann. “Anecdotal evidence also suggests an increase in cases of ‘stealing to order’ for goods in high demand during the early months of the pandemic. Our IIS database recorded a higher than usual number of incidents in which, for example, multiple vehicles in parking locations had their tarpaulin curtains slashed by thieves looking for products but no goods were taken in the attacks. This indicates offenders had very specific types of products in mind – and, almost certainly, black market customers already lined up to buy the goods,” he added. “

The United Kingdom recorded the highest number of major cargo losses in the TAPA IIS database in this reporting period with 56 or 63.6% of all crimes with a value of €100,000 or more. These produced a total loss of €27,658,653 or an average of €493,905. This is largely due to the high level of support and intelligence TAPA receives from UK law enforcement agencies (LEAs) as opposed to indicating the UK crime rate is significantly higher than in other countries in EMEA.

Outside of the €1m-plus thefts, the next 10 highest loss incidents reported to TAPA’s IIS between 1 January-30 June were:

Five of the 46 countries recording cargo theft incidents in 2020H1 accounted for 87% of losses reported to TAPA’s IIS:

In the UK, the 88.2% of crimes giving a value produced a total loss of €53,215,364. The included 176 crimes involving thefts of Tobacco products, 146 losses of food and drink shipments, 131 thefts of trucks/trailers with no loads, and 72 crimes targeting clothing and footwear goods.

In most cases, crimes involved ‘Theft from Vehicle incidents, 83.4% of the UK total, and 51.1% of these occurred in unclassified or unsecured parking places.
Germany recorded the second highest incident rate in the IIS database in EMEA in the first six months of 2020. Its 827 crimes resulted in a combined loss value of €5,047,535 – but this figure is based only on the 33.6% of incidents sharing financial data.

The TAPA IIS categories recording the highest number of losses were clothing and footwear, tools/building materials, furniture/household appliances, and food and drink. Once again, goods in supply chains were most at risk when trucks parked in unsecured parking places, the location stated in 534 or 64.6% of crime reports.

Overall, TAPA recorded losses in 19 IIS product categories over the six months. Those with 100 incidents or more were:

Across all 46 countries recording cargo crimes, Theft from Vehicle remained the most recorded type of incident with 2,179 cases. TAPA was notified of only 122 Theft from Facility crimes. Some 1,605, or 48.9%, of freight thefts involved thieves targeting trucks in unclassified or unsecured parking locations.

TAPA's Thorsten Neumann said: “One of the outcomes of the COVID outbreak has been the global focus on supply chain resilience. The level of cargo crime during the lockdown will also focus the minds of companies to make their operations more secure, and TAPA is best-placed to help them with this through our highly-respected industry standards, training and incident intelligence programmes to support risk management and loss prevention. Although TAPA has very important intelligence sharing partnerships with law enforcement agencies in some of the major European countries, the overall percentage of all cargo crime reporting to our IIS database across the entire EMEA region remains only a small percentage of what we believe to be the true figure, which we estimate runs into billions of euros of losses a year. We actively encourage more police forces to work with us because incident intelligence is the most effective tool in our industry’s programme to significantly reduce cargo thefts from supply chains,”

The number of secure truck parking places in TAPA EMEA’s Parking Security Requirement (PSR) database broke through the 7,000 barrier in July as more sites joined the association’s programme to support the resilience of trucking operations, improve driver safety and reduce cargo thefts across the region.

The most recent growth has been driven by SNAP Account, a cashless payment system working with over 220 HGV parking sites across the UK and Europe, which is actively encouraging parking operators to adopt the TAPA security standard.

Nineteen of these sites are already participating in TAPA’s PSR, with the latest locations in the UK, France, the Netherlands and Slovakia. Six more are in the pipeline, according to SNAP, which provides 10,500 parking spaces per day or 3.7 million a year for over 100,000 truck drivers.

Criminal attacks on trucks accounted for 53.8% of the 8,548 cargo crimes reported to TAPA’s Incident Information Service (IIS) in 2019. TAPA members effectively protect their supply chains by using the Association’s digital supply chain resilience tools. This includes identifying cargo crimes on specific transport routings across EMEA to support risk assessment and loss prevention, alongside a listing of the nearest TAPA-approved secure parking locations to ensure drivers, vehicles and high value, theft targeted loads remain safe during mandatory rest breaks.
SNAP, which recruits two to three new parking sites each week, is volunteering the support of its access and security team to bring more locations up to PSR Level 3 of the TAPA security standard.

Nick Long, SNAP’s European network manager, said: “We always try our best to help a location bring its standards up to reach the TAPA PSR Level 3. When a new location starts working with SNAP, we explain the benefits of joining the PSR programme and ask if they would like to gain the accreditation. It is vital to increase security throughout the haulage sector and we illustrate the reasons why.

“Our access and security team are continuing to carry out security ‘health checks’ and offering specialised advice to any parking locations who would like to join the programme. SNAP will continue to volunteer and support TAPA to create safer parking areas across Europe because the market size for secure parking completely overshadows the availability.”

Thorsten Neumann, president and chief executive of TAPA EMEA, said: “We greatly appreciate the support we are receiving from SNAP Account. They clearly understand the importance and value of creating more secure truck parking places in our region, and are taking proactive action to support the growth of our parking database. Our PSR standard is gaining such wide support because it has been designed by the industry, for the industry, or to be more precise, by the companies that want to book secure parking places. We have already seen record growth in 2020 and I am confident this will continue.”

TAPA is also hoping to benefit from SNAP’s new partnership with ELVIS, the European Cargo Federation of International Freight Forwarders, to extend the number of secure parking areas in Germany. The ELVIS network has more than 250 companies that could be suitable for SNAP’s Depot Parking scheme, with over 10 locations set to launch very soon. Earlier this year, a SNAP survey of 350 people working in the Transport and Automotive sector in Germany on the causes, impact and solutions to rising cargo crime, found that 46.3% of those working in the industry have been affected by cargo crime or know someone affected.