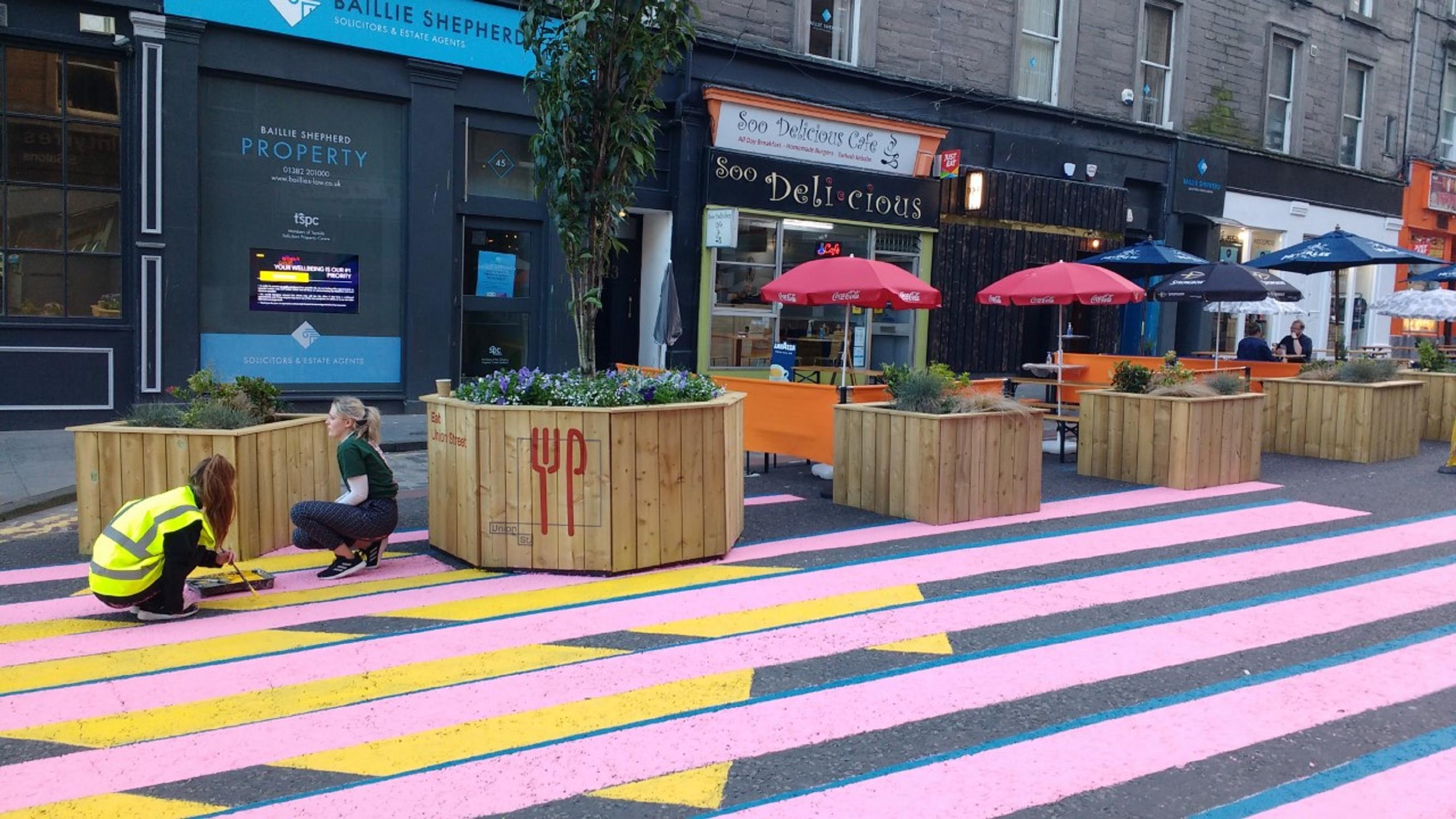 A pilot pedestrianisation project that has been broadly welcomed by traders and customers in the centre of Dundee will continue into the New Year.

Union Street was closed to through traffic in July as part of the Scottish Government’s Spaces for People programme to create extra room to follow physical distancing guidelines and help to avoid a second peak of the virus.

In a survey carried out on behalf of Dundee City Council, 84% of traders said that the changes have been positive for the street, with 62% saying it has been good for their business.

Retailers in Union Street also report 68% of their customers saying that they are more positive about the area.

Mark Flynn convener of Dundee City Council’s city development committee said: “The traffic ban in Union Street has been well received by businesses who, despite some people’s initial scepticism, are seeing the benefits and reporting increased interest in the area.

“Keeping vehicles off the street was a way of doing something different to try to open it up to locals and visitors so that they had more time and space to use the shops, pubs, restaurants and cafes.

“It has gone down so well that the street will remain closed to through traffic until the end of January, but we will continue monitoring the change carefully and engaging with businesses over the coming months.”

The project was supported by UNESCO City of Design Dundee, which worked to ensure input from businesses influenced the changes and overall design. These included using natural materials to create space for outdoor dining by installing wooden planters, maintained by Bonnie Dundee volunteers, and selecting bold, bright colours for the street mural designed by recent DJCAD graduate Callum Laird.

Delivery vehicles still have access at off peak times and buses have been re-routed to neighbouring streets.

Dundee City Council was awarded £460,000 from the Scottish Government’s Spaces for People Fund in May, which as well as being spent on the temporary pedestrianisation of Union Street covers work to introduce 20mph zones and through traffic reduction on various routes.

Funded by Scottish Government and managed by Sustrans Scotland, Spaces for People is a temporary infrastructure programme in Scotland offering funding and support to make it safer for people who choose to walk, cycle or wheel for permitted journeys and exercise, while physical distancing is in place during COVID-19 and as we transition out of lockdown.