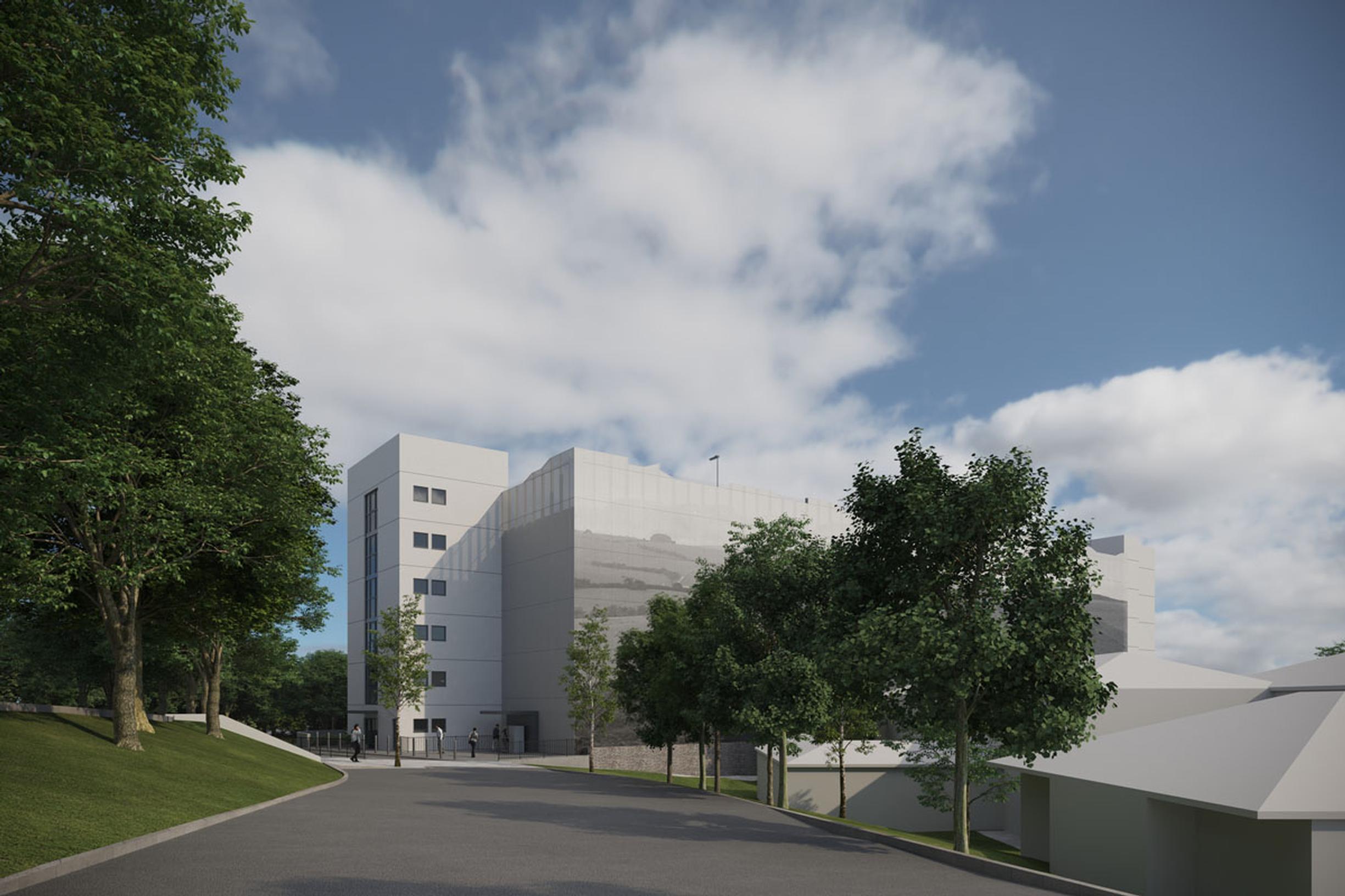 Plans to build a multi-storey car park at a hospital to make space for its expansion have been approved by Dorset Council despite concerns over the structure’s potential visual impact.

Dorset County Hospital (DCH) in Dorchester has been allocated £62.5m by the government to expand its emergency and intensive care services to meet demand.

Dorset County Hospital NHS Foundation Trust said its emergency department, which was designed for 22,000 patients a year, was dealing with nearly 50,000 people prior to the COVID-19 outbreak.

The extended facilities will be built on the site of existing surface-level car parks, which would be replaced by a seven-storey, 654-space car park off Williams Avenue.

The car park will be delivered by main contractor Prime, working with structural engineers Stripe Consulting and architectural practice Ryder.

Proposals to free up land by building a multi-storey car park were unanimously agreed by councillors last month, despite planning officers recommending refusal. The officers had advised Dorset Council’s northern area planning committee to reject the car park application, on the basis of its size, positioning and massing. The officers described the structure as “an incongruous addition” to the hospital.

The officers’ report said the structure would detract from the character and appearance of the wider neighbourhood, which includes historic buildings, a conservation area and Victorian and Edwardian houses.

Some members of the public had also raised concerns about the planning application, claiming the car park would be an ‘eyesore’. Concerns were also raised about the impact on wildlife, particularly hedgehogs, losing their habitats. However, roughly 80% of the comments on the planning application have been in support of the multi-storey car park. Project supporters cited improved patient experience, reduced stress and poor public transport facilities as reasons why the application should be approved.

Planning committee chairman Cllr Sherry Jespersen said the members were satisfied that the harm to the heritage and landscape would be outweighed by social and economic benefits.

The hospital trust said: “We are very grateful to the local councillors for so carefully considering our application and recognising the importance of this development for our hospital and local people.”

The funding has been allocated to DCH as part of the national Health Infrastructure Plan and the project had been recognised as a priority. The plans include the expansion of the Emergency Department (ED) and Intensive Care Unit (ICU) as well as the establishment of an Integrated Care Hub as part of a long-term project to deliver the recommendations of Dorset’s Clinical Services Review.

The hospital’s strategy director Nick Johnson said: “Our existing Emergency Department and ICU were not built to accommodate the volume of patients we are seeing now. We must create additional space and facilities to ensure the safety of our patients,” he said. “We are delighted to have been allocated £62.5m of government funding for the development of these essential clinical facilities and named as a national priority project.

“However, before we can progress with this major building programme we need to free up space on the hospital site by constructing a multi-storey car park to accommodate the lost spaces and improve parking for patients, visitors and staff.

“Anyone visiting our hospital knows that parking has been an issue for many years so we simply cannot build on our car parks without replacing the spaces. We’re committed to green travel but many people coming to our hospital need to travel by car – the public transport links from rural areas of Dorset are simply not adequate.”