Section of new Brighton cycle lane to be removed 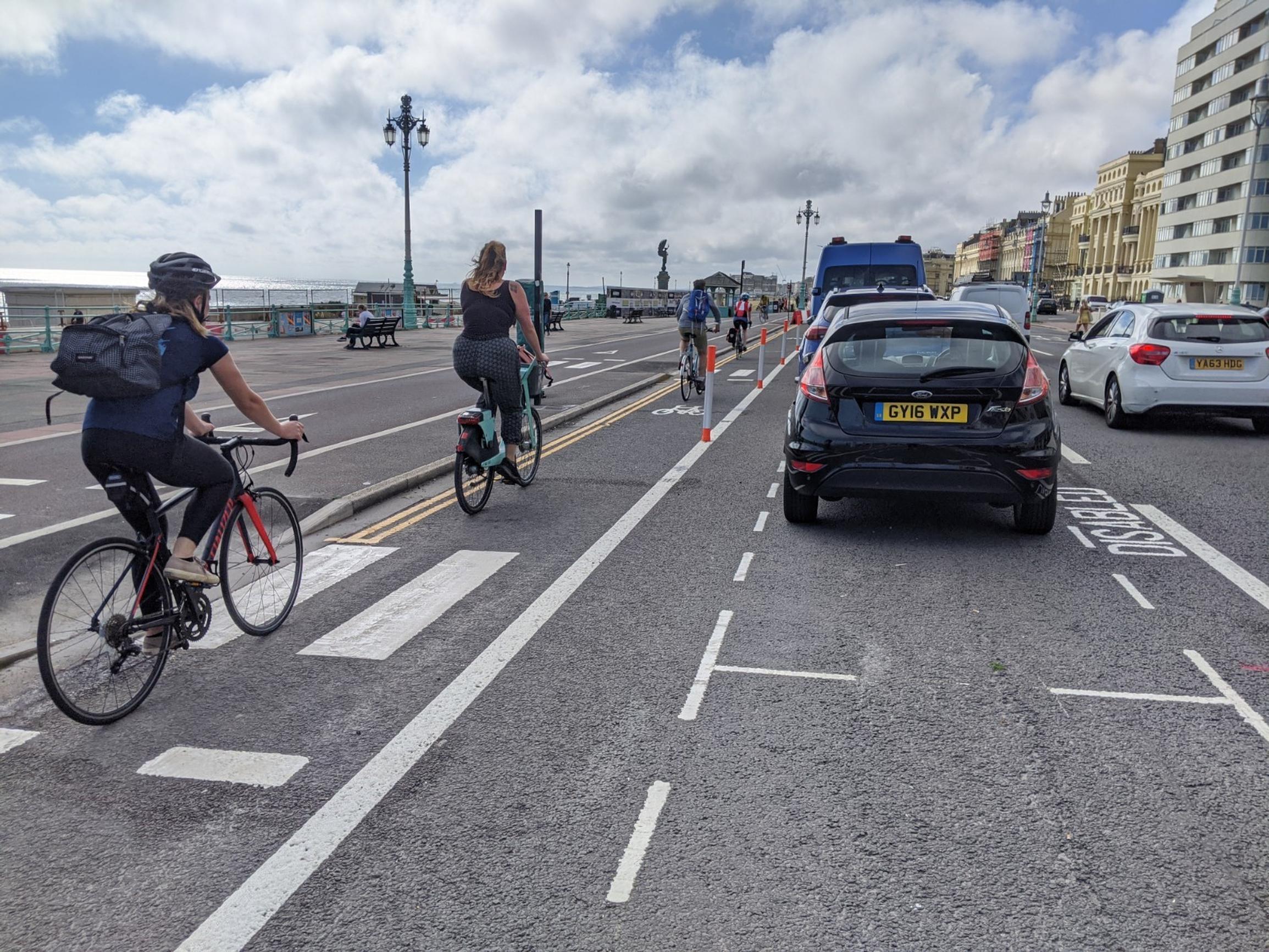 Brighton & Hove City Council is removing a 600-metre section of a temporary cycle lane created the A259.

The decision follows discussions with Brighton & Hove Buses about bus journey times and congestion on the westbound carriageway between the Aquarium roundabout and West Street.

The rest of the temporary cycle lane will remain in place, as agreed by councillors at the Environment, Transport and Sustainability committee in June.
Work to remove the section took place overnight on 25 August to minimise disruption

The council said removal of the 600-metre section will mean quicker bus journeys for school children returning to the classroom in September.

Lead member for Transport Pete West said: “Congestion on this stretch has had a knock-on for major bus routes and delays to bus journey times, that is unacceptable. Sadly, attempted changes to adjust traffic light timings have not provided the answers needed as there is still insufficient capacity for the volume of traffic heading towards West Street.

“We recognise the serious concerns raised by public transport users and providers that congestion in a small section of the additional temporary A259 cycle lane has caused unavoidable delay to public transport in the city. We have therefore reluctantly agreed to suspend this short stretch of the lane.

“In the midst of a pandemic which attacks our lungs, as our city recovers we are committed to ensuring that we have many good sustainable transport options including public transport, walking and cycling, and ensuring that these form part of a network of attractive alternatives to private car use.  We urge those using cars for to consider alternative travel options, the necessity of their journey and the impact this has on others by creating congestion.”

The cycle lane was created using an Experimental Traffic Regulation Order (ETRO). “The temporary measures recently introduced aim to offer additional sustainable transport capacity and choice,” said Cllr West. “The Government requested that councils across the country make changes to walking and cycling on a swift timescale, so throughout the temporary period they have been implemented there may be a need for tweaks.

“We will continue to look closely at the data, listen to what people are saying and make changes where necessary, particularly around disability access. Many of the schemes we are now implementing were planned under the previous Labour administration. In the short time since we became the minority Green administration of the council, we have shown that we will listen and take decisive action.”

Nick Hill, Commercial Director of Brighton & Hove Buses, said: “This is great news for our passengers who have recently been experiencing delays on our services. With over half a million passengers a week coming back to bus, it will certainly help to provide a much smoother service for many.”