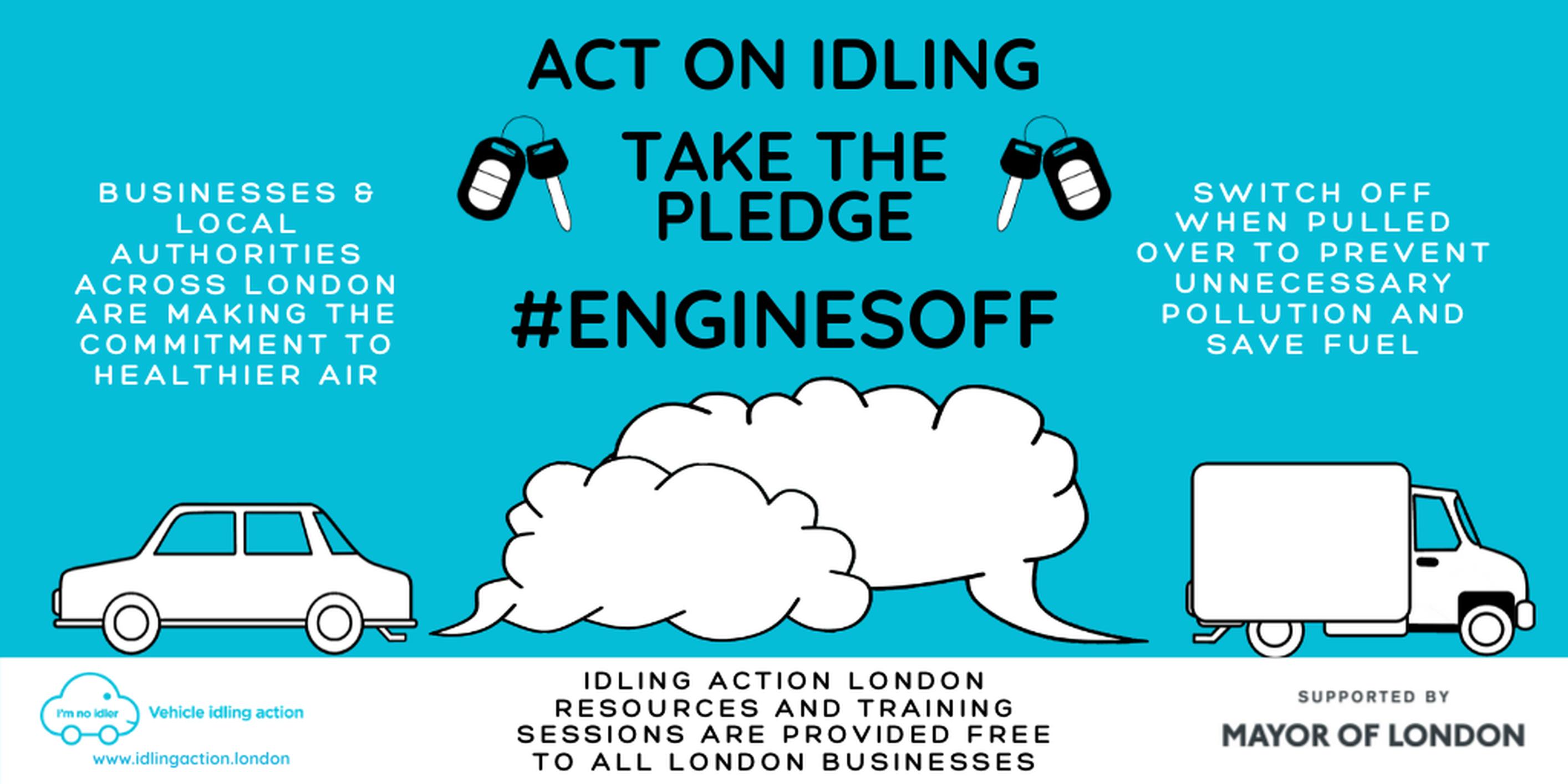 A London-wide campaign aims to encourage businesses to tackle air pollution caused by idling engines. The call for action comes amidst emerging evidence that air pollution is linked to poor recovery and higher infection rates of COVID19 due to damage caused to the lungs.

Launched on 3 August, Idling Action’s #EnginesOff campaign asks firms to pledge that their fleet drivers and other employees will not leave their engines on when parked.

Keith Bottomley, chairman of the City of London Corporation’s Environmental Services Committee, said: “64,000 people die prematurely every year in the UK from breathing polluted air. Switching off the engine when your vehicle is parked is more important now than ever before. As we learn more about the harmful effects of COVID-19 on the lungs, we are making a particular plea to London’s businesses to play their part in ridding the capital of toxic air and saving lives.”

As part of the #EnginesOff pledge, Idling Action is offering London drivers free training and a providing a toolkit of resources to businesses, whose operations involve vehicle fleets, professional drivers, or employees who travel by car to work. The group wants to equip companies with the knowledge of how best to reduce air pollution caused by vehicles to protect the health of drivers and the public.

Construction company MACE have already signed up to the initiative. Omar Rouchdy, MACE’s senior sustainability manager, said: “A clean work environment and work processes makes for a safer and healthier workplace. MACE will work with the Idling Action Project to deliver anti-idling training to our colleagues and those who work for our supply chain, equipping them with the knowledge needed to reduce unnecessary air pollution.

“Asking drivers not to idle is a simple action that can help to protect the health of the those working on site and the local community. “

Veolia’s Central London contracts with City of London Corporation, Camden and Westminster have been among the first companies to pledge their support for the campaign, continuing to demonstrate the company’s commitment to reducing vehicle emissions and helping to improve air quality.

Michael Clarke, general manager for Veolia Central London, said: “Veolia is investing in zero-emission electric vehicles, as well as trialling alternative fleet solutions, to support the improvement of air quality and avoid pollution. We continue to work closely with our teams to ensure that engines are only running when necessary and are switched off when not in use.”

Idling Action officers have already run air pollution anti-idling workshops with 40 schools, and spoken with nearly 8,000 drivers to ask them to switch off their engines at regular idling action events with London’s local authorities. As well as asking businesses to pledge, the partner local authorities own fleets will be taking part in driver training and taking the #EnginesOff pledge.

Vehicle Idling Action is a London-wide behaviour change campaign which is helping to reduce localised air pollution caused by motorists leaving their engines running when parked. The project has been awarded funding as part of the Mayor’s Air Quality Fund Round 3.

As well as the delivery of idling action events, in which teams of volunteers, local authority officers and project staff work to educate both motorists and pedestrians, the project is delivering school workshops, engaging with businesses, offering vehicle fleet training, and is working with all local authorities to ensure idling regulations are enforced across London.