Face coverings to be mandatory in transport hubs

People will be expected to wear masks at rail and bus stations, in shops, supermarkets and shopping centres from Friday 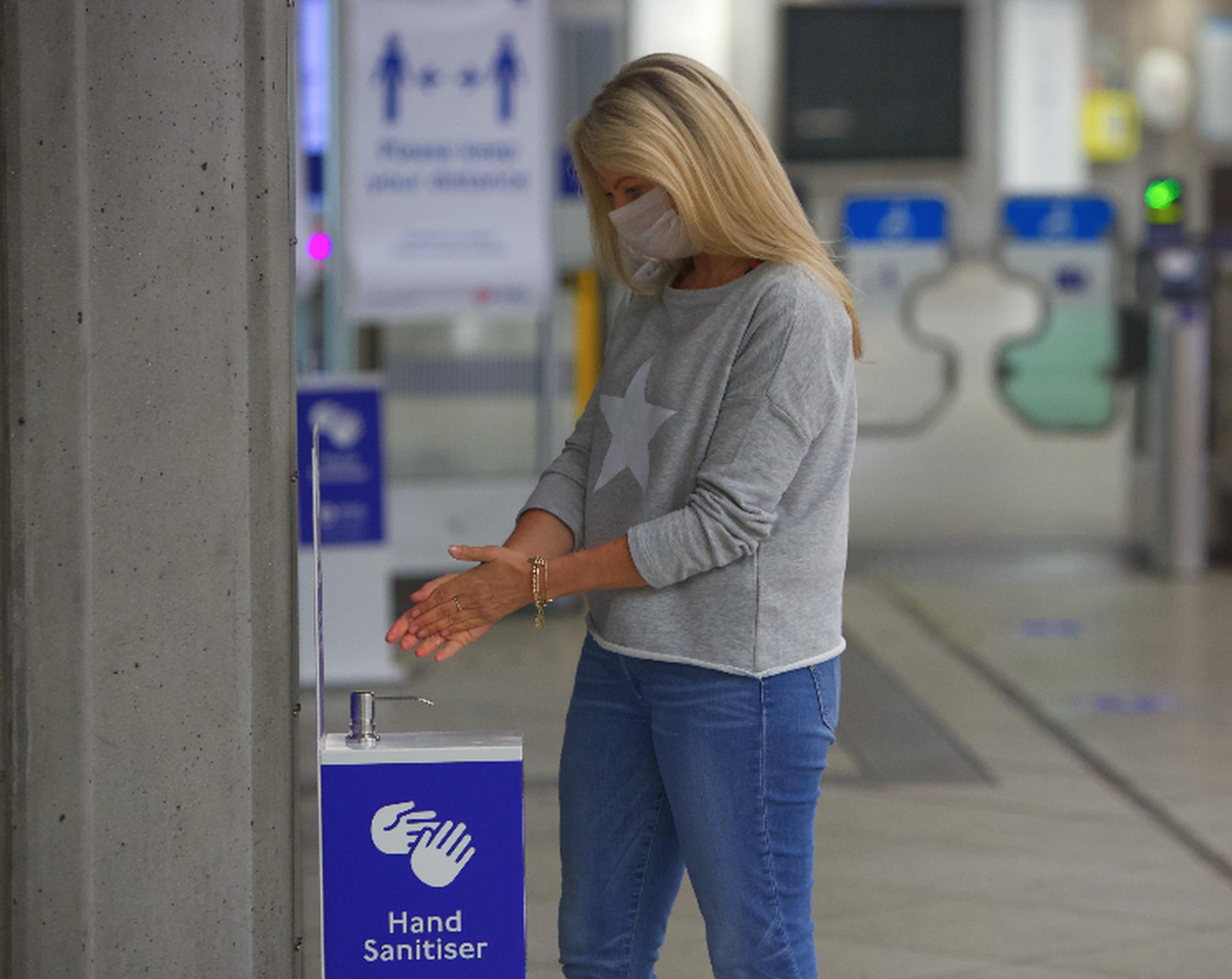 The wearing of face coverings will be mandatory in enclosed transport hubs in England from Friday 24 July. This brings rail, bus and coach stations into line with public transport, where the wearing of coverings has been mandatory since mid-June.

The UK government has set out settings in which coverings will be mandatory, a list that also includes shops, supermarkets and shopping centres. However, venues such as restaurants, pubs and gyms will be exempt.

England's stance on face coverings is now more in line with Scotland, where the wearing of face coverings in shops has been mandatory since 10 July. Their use remains a matter of choice in Wales and Northern Ireland.

Under the new regulations laid today by Health and Care Secretary Matt Hancock, members of the public in England will need to wear face coverings – for example, a fabric covering, scarf or bandana – that covers the nose and mouth in additional enclosed public spaces, as well as frequent hand washing and careful social distancing.

It will be compulsory to wear a face covering when buying food and drink to take away from cafes and shops. If you are in a premises where you are able to sit down and consume food or drink that you have bought, then you can remove your face covering in order to eat and drink on-site.
Face coverings will not be mandatory for:

The government says there is evidence to suggest that, when used correctly, face coverings may reduce the likelihood of someone with the infection passing it on to others, particularly if they are asymptomatic.

The government is thus telling the public to play their part and wear face coverings in order to help fight the spread of the virus, enabling further easing of national restrictions. The responsibility for wearing a face covering sits with individuals. Businesses are encouraged to take reasonable steps to encourage customers to follow the law, including through signs and providing other information in store.

Health Secretary Matt Hancock said: “As we move into the next stage of easing restrictions for the public, it is vital we continue to shop safely so that we can make the most of our fantastic retail industry this summer.

“Everyone must play their part in fighting this virus by following this new guidance. I also want to thank the British public for all the sacrifices they are making to help keep this country safe.”

As well as shops and supermarkets, face coverings must be worn in banks, building societies and post offices.

Wearing a face covering will not be made mandatory in other venues that have measures in place to protect staff and the public from COVID-19. These include:

For transport hubs in England, the requirements mean face coverings must be worn in indoor train stations and terminals, airports, maritime ports, and indoor bus and coach stations or terminals.

Anyone who does not abide by the regulations – and is not exempt under one of the categories set out in the regulations – could face a fine by the police of up to £100, as is currently the case on public transport. The police have been very clear throughout the pandemic that they will “engage, explain, encourage and finally enforce as a last resort”.

On enforcement in transport hubs, transport and hub operators will be expected to remind passengers of the law and if necessary ask people to leave a transport hub if they are not wearing a face covering. It will be for the Police (and British Transport Police on the rail network) to enforce £100 fixed-term penalties, or remove people from services. Transport for London (TfL) will have the same enforcement and prosecution powers in TfL transport hubs as they currently have in TfL carriages.

It is not compulsory for shop or supermarket staff to wear face coverings although the government strongly recommend that employers consider their use where appropriate and where other mitigations are not in place.

Employees should continue to follow COVID-19 secure guidelines to reduce the proximity and duration of contact between employees.

Businesses are already subject to legal obligations to protect their staff under existing employment law. This means taking appropriate steps to provide a safe working environment, which may include face coverings where appropriate, alongside other mitigation such as perspex screens to separate workers from customers.

Further regulations will come into force on Saturday 25 July, to open more businesses and venues to the public. This will include swimming pools and water parks, indoor fitness and dance studios, gyms and sport courts.

The regulations, made under the Public Health (Control of Diseases) Act 1984, will include powers for the police to enforce the requirement to wear a face covering.

The latest guidance will be published on GOV.UK soon.