Call to deliver a greener transport recovery in Wales

Decarbonisation should be at heart of economy restart, says Senedd committee 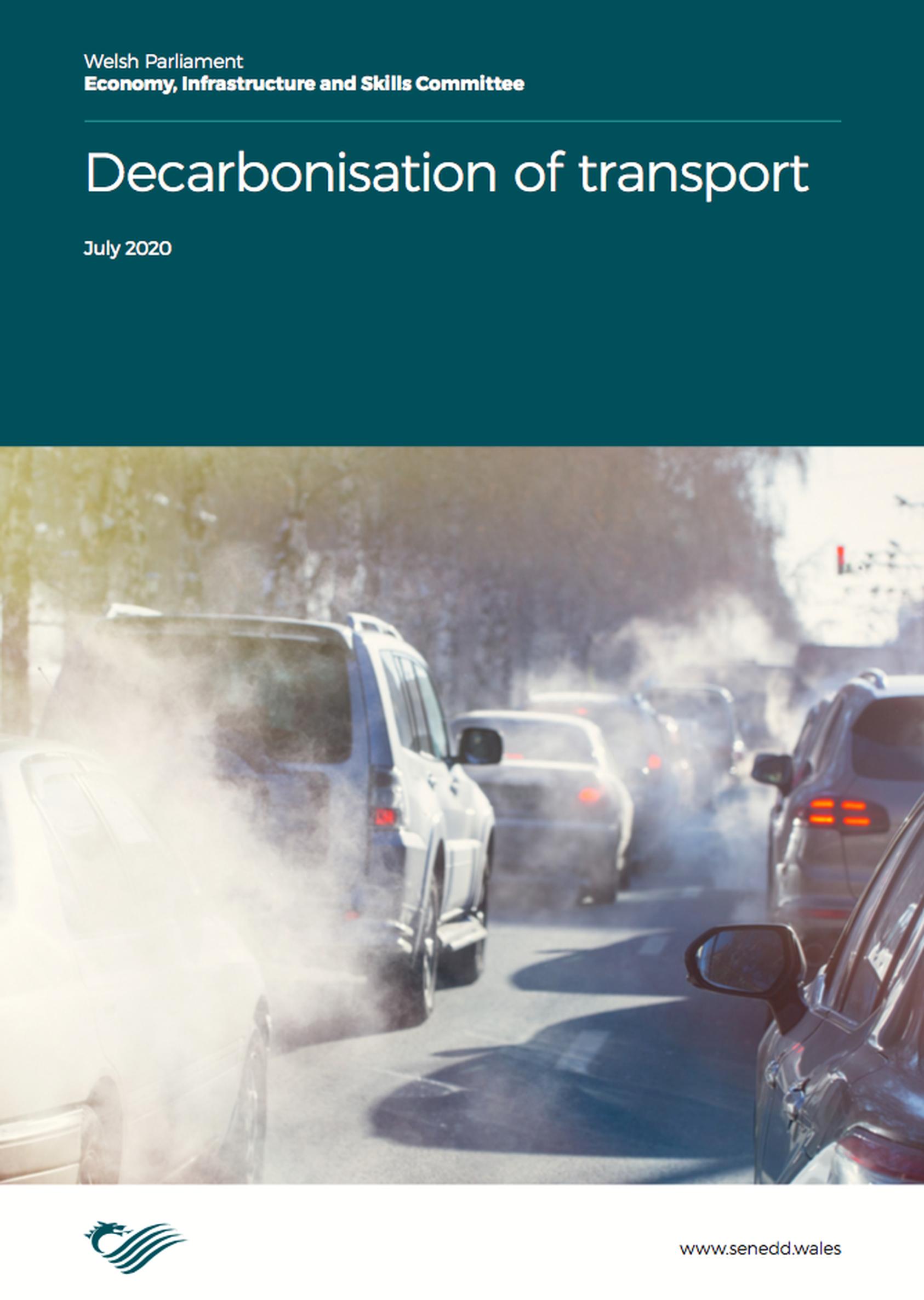 Wales cannot afford to miss an opportunity for a culture shift in the way its population travel, argues the Senedd’s Economy, Infrastructure and Skills Committee.

The lockdown restrictions brought in as a result of the COVID-19 pandemic have seen a dramatic reduction in the amount of traffic on Welsh roads and a 17% dip in greenhouse gas emissions as a result.

As restrictions are eased, new challenges are emerging. Social distancing measures mean buses and trains will have to slash their capacity to 10-20% of what they were before the pandemic.

Whilst some people are willing to move over to active travel, more will be getting in their cars and an initial short-term switch from public transport to cars could very quickly become a normal commuting habit.

The committee believes it will be important for the Welsh Government to align any COVID-19 recovery funding with its longer-term decarbonisation targets.

The committee’s inquiry into Decarbonisation of Transport examined whether Welsh Government targets for decarbonisation are realistic or overambitious.

Bus Users UK told the Committee: “The admirable objective of a zero-emission fleet being achieved by 2028 is extremely unlikely unless significant Welsh Government funding is provided to meet the extra costs this would require.”

The committee makes 15 recommendations in its report, including:

The committee found there has been little consideration for decarbonisation of freight transport in the Welsh Government’s thinking. Professor Robert Mason, chair in Logistics at Cardiff Business School pointed out that long-haul transport accounted for the biggest share of emissions in the road freight sector.

When the asked whether people should be flying at all - Deb Bowen Rees, chief executive of Cardiff Airport, told the committee last November that the airport needed to grow to provide economic benefit of Wales but in an environmentally sustainable way.

Evidence from Cardiff Community Energy suggested that short-haul electric light aircraft would be available very soon. The Welsh Government should explore the possibility of making the Cardiff to Anglesey air link an electric service (although the service is currently suspended due to COVID-19).

“We welcome the Welsh Government’s commitment to decarbonisation, but recognise the immense challenges and ambitious targets it has set itself,” said Russell George MS, chair of the Economy, Infrastructure and Skills Committee. “The climate emergency hasn’t gone away in the global pandemic and the economy must now re-open under new and extremely challenging conditions. The government must be really clear about how it will meet its decarbonisation targets in the ‘new normal.’

“Before lockdown the rail network was creaking under the strain of overcrowding while bus passenger numbers were falling and routes were being reduced. Transport operators now also face the additional challenge of maintaining the network with social distancing.
“We believe the government’s post-COVID recovery plans present an opportunity to drive growth and a culture shift towards greener, more sustainable transport. We cannot afford to let this opportunity slip by.”

The Welsh Government has responded to the report, saying it wants to have a “values led” recovery based on principles of social justice, fair work and environmental sustainability.

Lee Waters, deputy minister for economy and transport, wrote that the Welsh Government accepted the committee’s recommendations on bus, rail and air travel, pointing to its work on socially distancing and revenue support with public transport operators throughout the pandemic.

The committee asked for more information on the basis for the £250m per annum estimated additional funding, including how this figure was reached and the split by mode.

The minister responded: “To maintain current levels of bus services would continue to cost the Welsh Government around £23m in the next quarter, and provide around 30% of services that are currently being operated – so around 3-5% of normal capacity. This option would not result in any additional capacity being provided and would exacerbate existing capacity constraints which are already resulting in people being left at bus stops. Data suggests that overall numbers in Wales were around 15% of normal patronage so there would be no capacity for additional journeys.

“Increasing services to as close to 100% as possible as soon as possible (which is likely to be initially 80-85% because of vulnerable driver shielding) would cost around £50-60m per quarter (so an additional £80 – £120m per annum) in total and would deliver around 2-3 times more capacity by than current service levels (with 2-metre social distancing).

“Under the Rail Franchise the cost of operating the Wales and Borders Network is approximately £350m per annum. Usually around half of this cost is covered from passenger revenue, which as a result of Covid-19 has now fallen by over 95%. Consequently an additional £175-£180m (depending on revenue) would be needed to maintain the current provision of rail services on the Wales and Borders Network.”

Water said that Welsh Government said it remains committed to bus reform, but explained the legislative challenges caused by COVID-19 and EU transition, compounded by the impact of the pandemic on the bus industry, mean that the planned Bus Services (Wales) Bill was withdrawn.
“Bus reform remains a high priority of Welsh Government and I am giving urgent consideration on how we take that forward, whether through a Bill or other means,“ said Water
The Welsh Government is the sole shareholder of Cardiff Airport, which has suffered a dramatic loss of business during the pandemic. Waters explained that the government has provided the airport with financial support in the form of a £21.2m commercial loan, with an additional tranche of £6.8m being considered.

“COVID-19 has brought unprecedented changes to Aviation industry businesses, including Cardiff Airport, which has resulted in the airport needing to revisit its entire funding strategy. Crudely that means the idea of a further £6.8m tranche is out of date and needs to be subsumed into a broader consideration. Officials are working with the airport to understand what the new funding requirements are likely to be and how it is most effectively provided. This will include any necessary regulatory expenditure.”