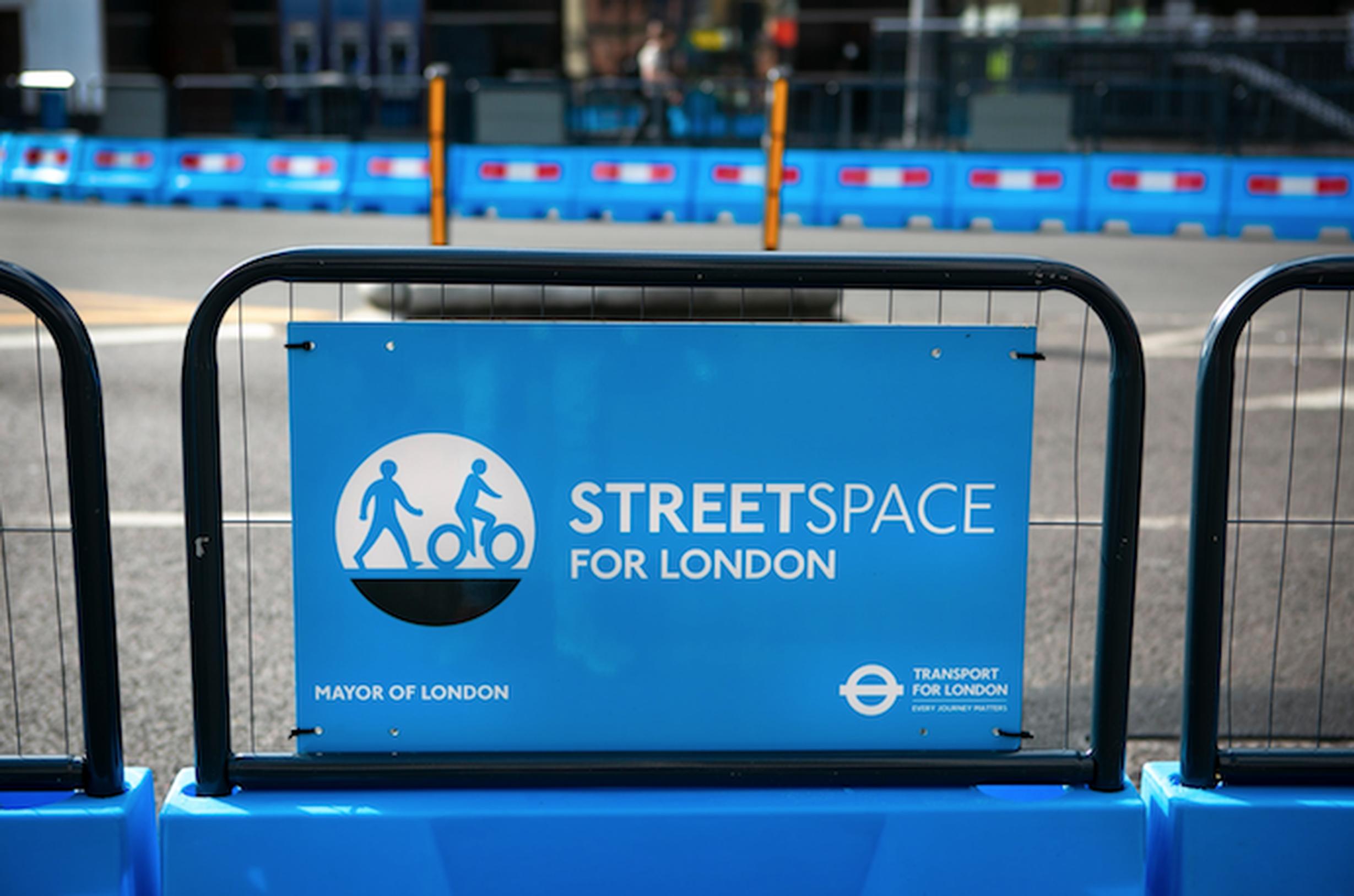 Transport for London will be making changes to one of central London's major thoroughfares to prioritises walking and cycling. The traffic restrictions between Shoreditch and London Bridge are a part of the Mayor of London and TfL's Streetspace project, which aims to reduce levels of cars in the city.

The traffic restrictions on Bishopsgate and Gracechurch Street in the City of London, streets that connect major cultural and financial centres, will be in operation on weekdays between 7am and 7pm.

In addition to removing most traffic, TfL is widening footways along this part of the A10 corridor to provide more space for people walking.

A number of banned turns, which will be in operation 24 hours a day, are also being introduced along the road. This is to reduce the level of motor traffic on the road around the clock, and reduce the risk of a car-based recovery.

Gareth Powell, TfL's Managing Director for Surface Transport, said: “We're determined that transport will be at the heart of London's green, healthy and sustainable recovery from coronavirus. We're running near normal levels of public transport services and are working hard to deliver extra space for walking and cycling right across the capital.

“The first walking and cycling priority zone on Bishopsgate will play a central role in enabling people who are returning to work to do so safely and without relying on cars.”

Access for emergency services and disabled people will be maintained and signage is being introduced on local roads to make the new restrictions clear, including no motor vehicle access between Middlesex Street to Liverpool Street, and Leadenhall Street to Fenchurch Street. The new zone is set to be operational by the start of August.

Work is also set to begin on a major 3.7km upgrade to an older cycle route, CS7, in south west London. Work in Balham and Tooting will add new sections of protected cycle lane to the existing route, which is one of London's busiest, making it much safer and more attractive to people wanting to cycle in the area and to central London and beyond.

The route follows a busy section of the Northern line and will help to create extra space on the Tube for people who cannot cycle.

“The City Corporation is already dedicated to a sustainable transport recovery plan that does not rely on the increased use of cars and taxis as that would lead to increased congestion, air pollution and road danger.

“Plans to maximise the space available for sustainable and socially distanced travel in the Square Mile are already underway, including the temporary closure or timed closure of streets, the reallocation of carriageway and introduction of additional cycle parking bays.”

With London’s public transport capacity restricted while social distancing measures remain in place, millions of journeys a day will need to be made by other means. The number of cycle journeys made across London has increased in recent weeks, with particular increases at weekends as people make the most of quieter roads to try out cycling for leisure journeys. The weekend of 11-12 July saw a 117% increase in cycling compared to the same weekend last year, with cycling across the week up by 3%.

Sadiq Khan, the Mayor of London, said: “Londoners have shown a record-breaking demand for cycling over the past few months and I'm delighted that our bold new measures build on that momentum and ensure we're doing all we can to avoid a damaging car-based recovery. Enabling more people to walk and cycle is key to a green recovery for our city, and our world-leading Streetspace for London plans will make a huge immediate difference as staff return to work.”

Simon Munk, Infrastructure Campaigner at the London Cycling Campaign, said: “This scheme, along with other bold moves by TfL and boroughs to reallocate street space to public transport, cycling and walking, and away from unsustainable levels of private motor traffic, is another vital step towards safer streets, cleaner air, a healthier London, and reducing our city's carbon emissions.”

Other works underway
TfL is working closely with local boroughs to rapidly create space for walking and cycling across the city. This includes building a strategic network for cycling in London, transforming town centres and reducing traffic on residential streets.

Boroughs have been awarded £30m of funding to reallocate road space away from motor traffic and to make walking and cycling safer and easier.
Work on a number of new cycle routes is underway in Camden and Waltham Forest, with routes set to link Chalk Farm to Kings Cross, and Blackhorse Road to Haringey. Some 38km of new and upgraded cycle lanes have been completed or are under construction so far.

Low traffic neighbourhoods continue to transform streets for communities across London by reducing the amount of motor traffic on local roads.

New schemes have been introduced in Southwark, Lambeth and Islington with many more planned across London in the coming weeks.

School Streets have been created in Hounslow, Wandsworth and Greenwich, which will make it easier for people to walk and cycle to school by banning motor traffic during drop-off and pick-up times.

Meanwhile, an additional 15,815m2 of space for walking has been created by widening pavements across London, to enable more people to social distance while travelling and visiting shops along major high streets in the capital. Work has now been completed at 36 locations, with more improvements planned in the coming months.

Planning for Car Free Day
The Mayor and TfL have set out plans to adapt celebrations for Car Free Day on 20 September in light of coronavirus. The plan is to celebrate the benefits of reduced traffic through a campaign to reinforce the positive changes that many Londoners have made and encourage more people to walk and cycle.

TfL said it will work with boroughs and partners to ask people to share their walking and cycling stories online. The stories will be used to highlight the benefits that walking and cycling has for high streets, the environment and the health and wellbeing of Londoners.

People will be able to pledge a personal commitment to use their cars less as part of London's green recovery and the campaign will showcase the tens of thousands of extra square metres of space created across London as part of Streetspace that can help them achieve this.

As part of Car Free Day, TfL will be working with the Open House architecture festival to showcase transport buildings in local areas through created walking routes and guided cycling tours.

TfL will also collaborate with London Living Streets on the launch of its Footways map, which illustrates a network of routes that connects London's mainline railway stations, popular destinations and green spaces with the city's most welcoming, appealing and accessible streets.