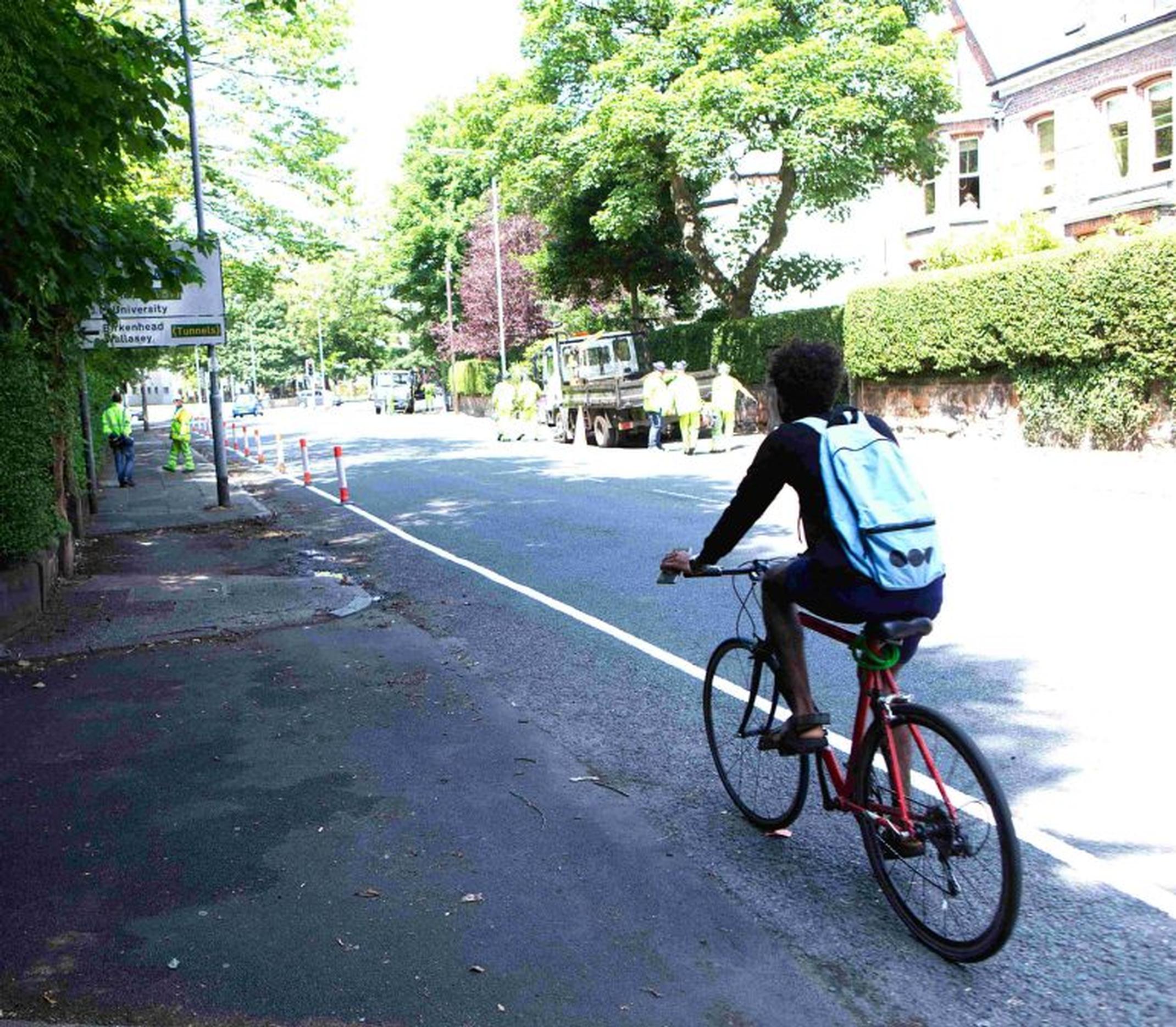 Work has begun on Liverpool’s second pop-up cycling route. The temporary four-and-half-mile route is one of seven across the city which will eventually create a 65-mile long network. The routewill run from Sefton Park Road in south Liverpool via Kingsley Road, Crown Street and Hall Lane before ending at the University hospital

Liverpool City Council’s Highways team has already installed a three-mile long branch from West Derby Road – along the eastern corridor into the city centre. This new route to and from the 148 year-old park is expected to be completed by the end of the week.

The city council’s cabinet recently approved a £4m fund to create the segregated pop-up cycle lanes, which will be phased in over the coming weeks and months as a response to the COVID-19 impact on people’s travel plans.

A key aim of Liverpool’s new pop-up routes is to connect people to the city’s permanent cycle network
Liverpool’s pop-up seven are:

Funding for the pop-up cycle lanes is to be sourced from the council’s highways investment programme and via the Active Travel Grant established by the Department of Transport. A further £100,000 has been identified to invest in upgrading infrastructure for Liverpool’s existing CityBike hire scheme.

The proposed £4m pop-up cycling fund is part of a wider £15.5m investment in a new phase of Liverpool’s £500m Better Roads programme. In addition, the council is currently overseeing a £45m upgrade to city centre connectivity and is introducing 11km of new permanent cycle lanes. It is also about to look at expanding its 20mph zones to further improve safety and air pollution.

To promote cycling in the city, the public are being asked to come forward with ideas on how to improve access for cyclists and pedestrians.

People are encouraged to post their views online at a Commonplace webpage.

Cllr Sharon Connor, Liverpool City Council’s Cabinet Member for Highways, said: “The council is determined to make a real difference to how people travel around Liverpool. Even with the easing of the coronavirus lockdown there will be severe limitations on how public transport is used so there has never been a better time to encourage people to get on their bike.

“These pop-up lanes are a temporary solution but as a council we will continue to invest in the permanent cycling network and promote the benefits of being on a bike because it simply is an enjoyable and affordable way to travel – and a great way to improve your body, your mind and the environment.”

Simon O’Brien, Liverpool’s Cycling Commissioner, added: “These pop-up cycle lanes are going to allow everyone to have a real choice of how to get around Liverpool. It’s also an amazing opportunity to test out the permanent network of cycle lanes that the Mayor has asked me to help create in the next few years.”