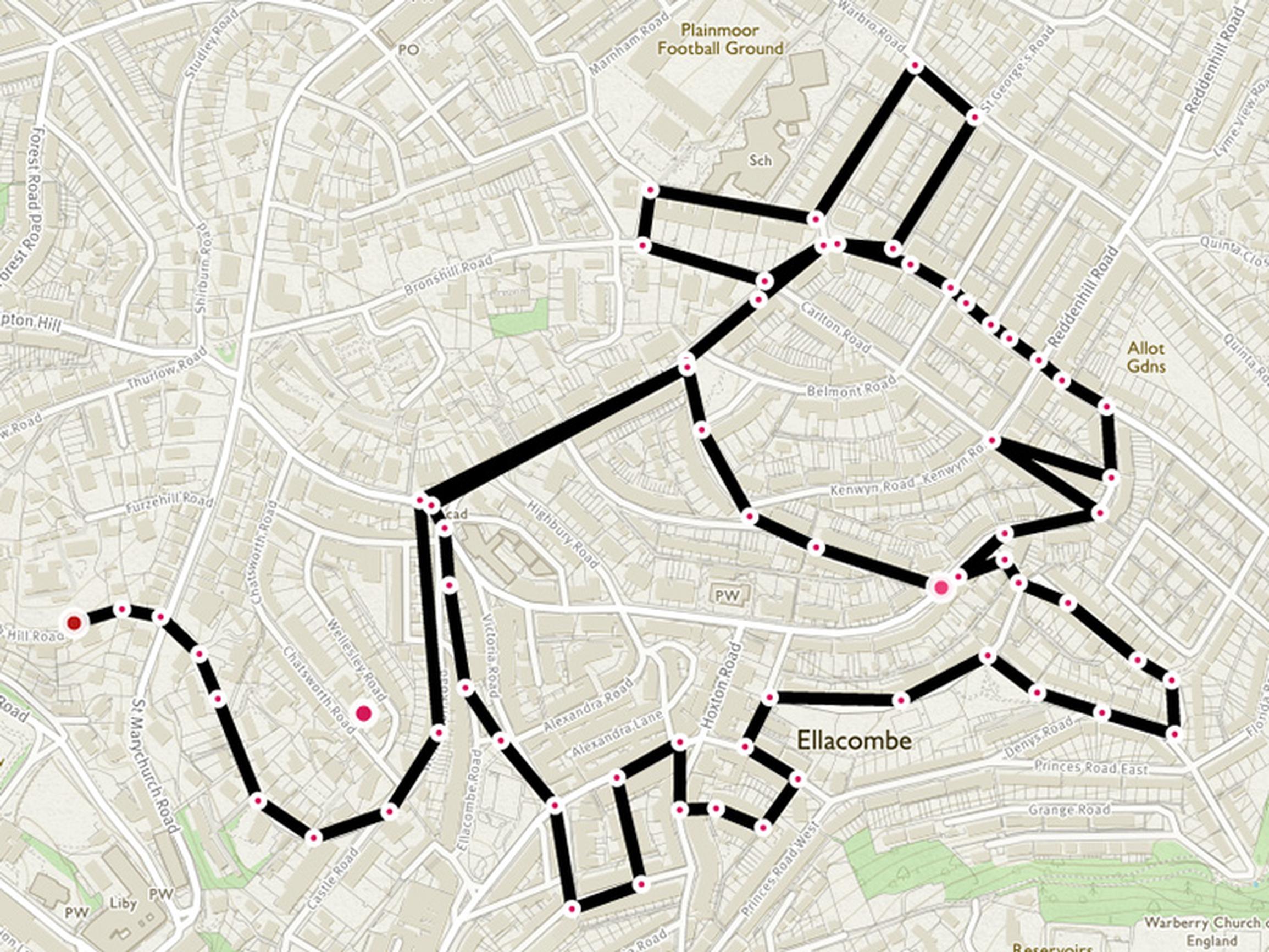 Since February, use of Ordnance Survey’s (OS) digital mapping and outdoor adventure planning tool and app OS Maps has increased by 78% despite the nation entering lockdown.

Views of the OS Maps’ recently added National Cycle Layer Network has increased since February by 98% as people are discovering cycling routes near where they live.

Analysis of the app’s figures shows an upsurge in people planning more ambitious routes that are further afield. OS Maps’ National Parks layer has seen an increase in use of 96%. With April this year up 23% on April of the previous year.

Since lockdown was introduced on March 23 there has been just short of 300,000 new routes created across Great Britain in the app. In total, OS Maps contains 3.4 million private and publicly shared routes, covering 30 million miles.

In addition to users recording routes in their local area figures also show an increase in the number of routes being planned and drawn using OS Maps.
Analysis of these plotted routes shows that people are busy planning their adventures for when lockdown restrictions are lifted.

The small percentage of remaining users wanted OS Maps for its Augmented Reality feature that takes you on 3D walks anywhere in Great Britain, its Aerial 3D layer and for access to the millions of existing publicly available routes.

"This demonstrates that exercise and being outside is key to the nation’s health and wellbeing, and OS Maps has enabled people to do this while respecting government wishes and protecting the NHS. Additional analysis has revealed an increase in use of the planning tools in OS Maps to when lockdown is over.

"As measures are eased and our freedoms are returned the temptation will be to rush out, but as we gradually transition out of lockdown Ordnance Survey encourages people to continue following government advice, to be responsible and to keep themselves and others safe.”

To help the nation through this testing time, Ordnance Survey rebranded its award-winning GetOutside initiative GetOutside Inside has been running a series of fun challenges and educational pieces.

These have included a European-wide attempt to break the world record for number of steps climbed with the creation of a calculator to help people at home know if they have walked far enough to have climbed Mount Everest, a quiz hosted by TV presenter and former World Champion athlete Iwan Thomas, and supporting the national 2.6 challenge over the postponed London Marathon weekend.
os.uk/getoutside