Social distancing on the streets of Hammersmith & Fulham 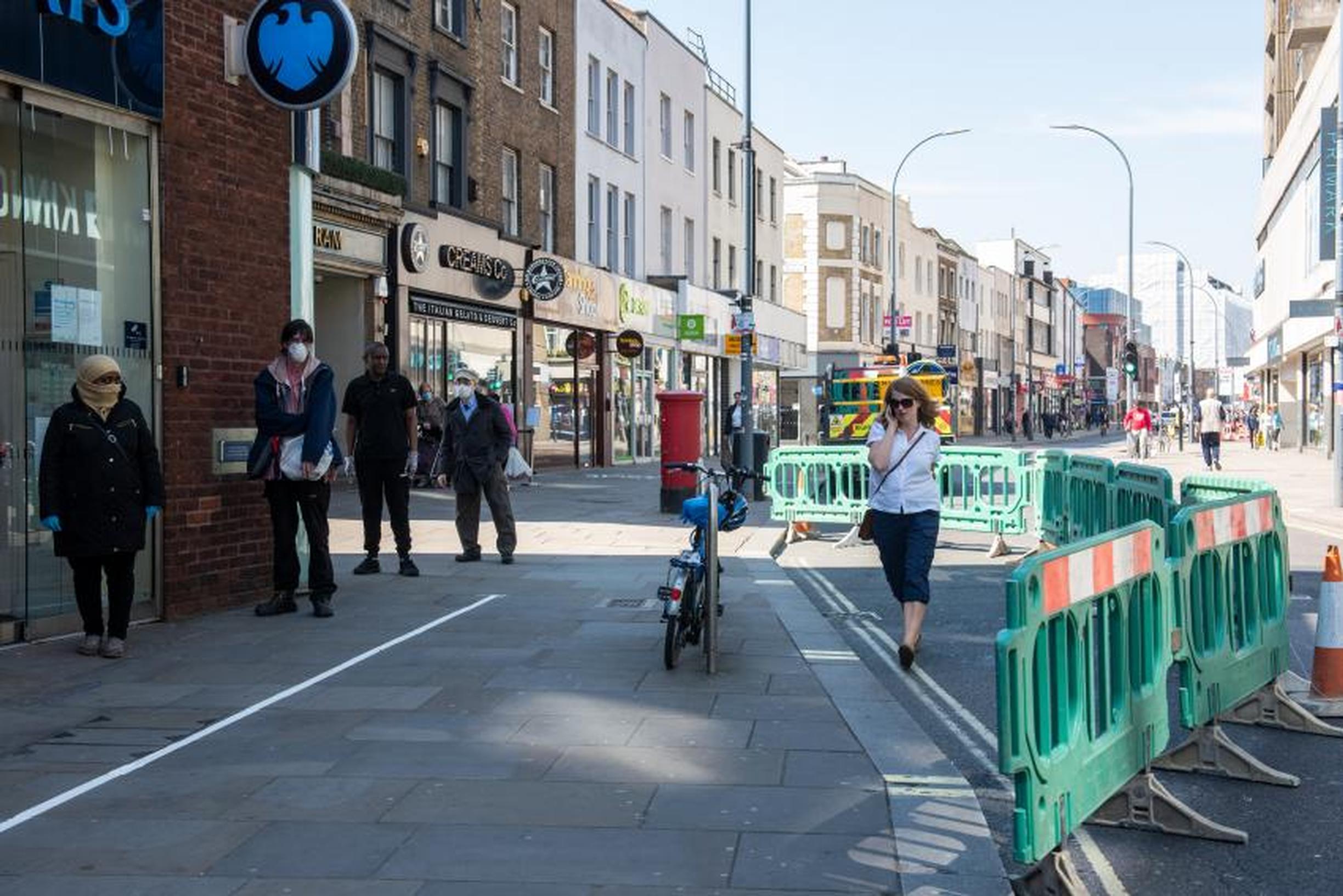 Streets across the London Borough of Hammersmith & Fulham are being temporarily adapted to make social distancing easier, walking and cycling safer, and support businesses during the COVID-19 crisis.

Pavements will be widened, and new segregated cycling lanes will be installed on key routes across Hammersmith, Shepherds Bush and White City to make it safer for those travelling to work by bike.

Proposals to transform the public realm with neighbourhood road closures, and pop-up planters and allotments are also being drawn up. The council said these measures would help improve air quality.

“We’re asking people to practise social distancing to stop the contagion and save lives yet in many cases our pavements simply are not wide enough,” said Cllr Wesley Harcourt, Cabinet Member for Environment.

“The risk is that as some people return to work, they will understandably keep away from public transport leaving us with more cars, more congestion, and more pollution – but far fewer people actually commuting. That isn’t sustainable and we’re working to give everyone in this difficult time safe alternatives such as cycling.”

New cycle lanes
Segregated cycle lanes will be initially be created using temporary bollards, and then rubber kerbing or planters where possible, in:

Work on the lanes began on Monday 18 May. From next week, the council will also be introducing partial road closures to allow more pedestrians and cyclists to travel safely on some routes that join with the Thames Path. This includes Black Lion Lane and Rivercourt Road in Hammersmith, and Stevenage Road in Fulham. These closures will be marked with barriers and will be clearly signposted.

Plans to create wider footways in Lillie Road and Fulham Palace Road in Fulham are also being investigated.

Supporting local business
The streetscene will be configured to hope business. Localised schemes could include introducing more space for dining outside of cafés and restaurants, adding planters and pop-up allotments, street theatre, market stalls from local suppliers, and art installations.
“When more retail businesses re-open, they face the challenge of maintaining social distancing and the effects of a likely recession,” said Cllr Harcourt. “Working with local people and businesses, the council will take measures to transform the public realm and allocate more road space for people and businesses to use.

Delivering cleaner air
The council is keen to lock-in improvements in air quality related to reductions in vehicle traffic during the lockdown. Levels of nitrogen dioxide (NO2) are now 66% lower than they were in 2017 – prior to the effects of the ULEZ (Ultra Low Emissions Zone) – and almost 50% lower than they were at the start of the year, under the ULEZ.

“Residents in the capital are currently enjoying the cleanest air in years after lockdown requirements slashed the numbers of polluting vehicles on our roads,” said Cllr Harcourt.

Enforcement
The council and the Met Police have recently restricted the use of the Thames Path for cyclists or joggers between 10am and 6pm – extending from Chiswick Mall in the north of the borough to Putney Bridge in the south – in order to improve social distancing. A queuing system, backed my marshalls, is also enforcing social distancing on Hammersmith Bridge.