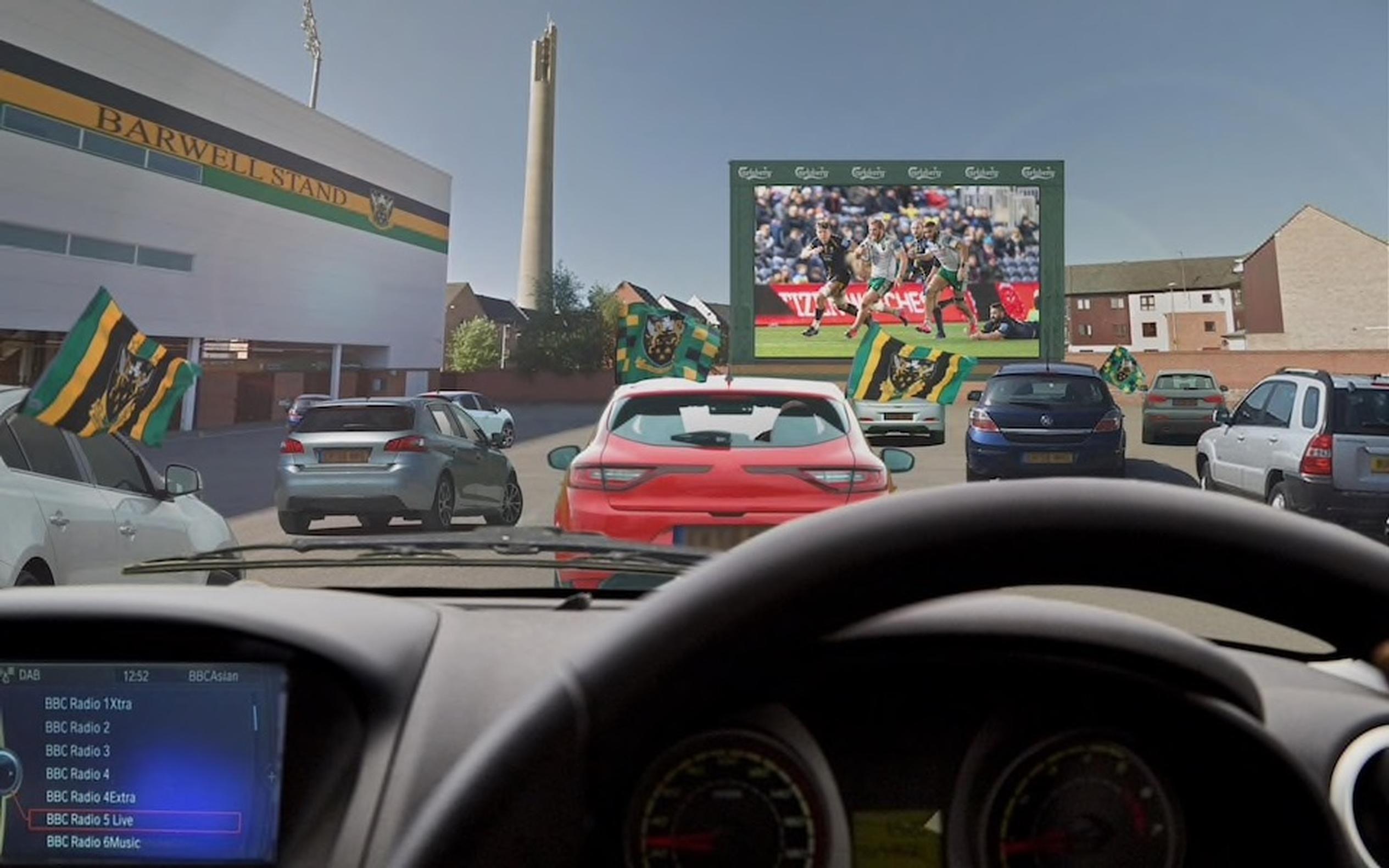 Northampton Saints rugby union club has revealed a plan to overcome the possibility that the remaining 2019-20 season Gallagher Premiership matches could be played behind closed doors. Rather than have fans watch the season’s remaining games at home on TV, Northampton hopes to screen the games in a drive-in.

Saints' chief executive Mark Darbon came up with the idea of converting a 2,500-space car park at Franklin’s Gardens into a drive-in. ”We are dedicated to delivering an outstanding supporters’ experience at Saints,” Darbon told the Daily Telegraph. “If we have to operate behind closed doors then we must remain committed to that principle. It’s an opportunity to show some imagination and be innovative to maintain the connection with our supporters, but also to give the players the right stage on which to perform.

“Clearly we would rather not play in empty stadia, and nothing is confirmed in the Premiership yet, but we have to be ready should it become a reality. We’re determined to come out of the challenge this situation presents with some ideas which will be useful when we get back to normality too.

“This is an idea that we’re currently exploring which we actually heard about when a Danish football club discussed it (FC Midtjylland). We have around 2,500 parking spaces on-site at Franklin’s Gardens so we have the capability – we just need to do some more work on the interest levels from our supporters and whether we can do it safely and securely.”