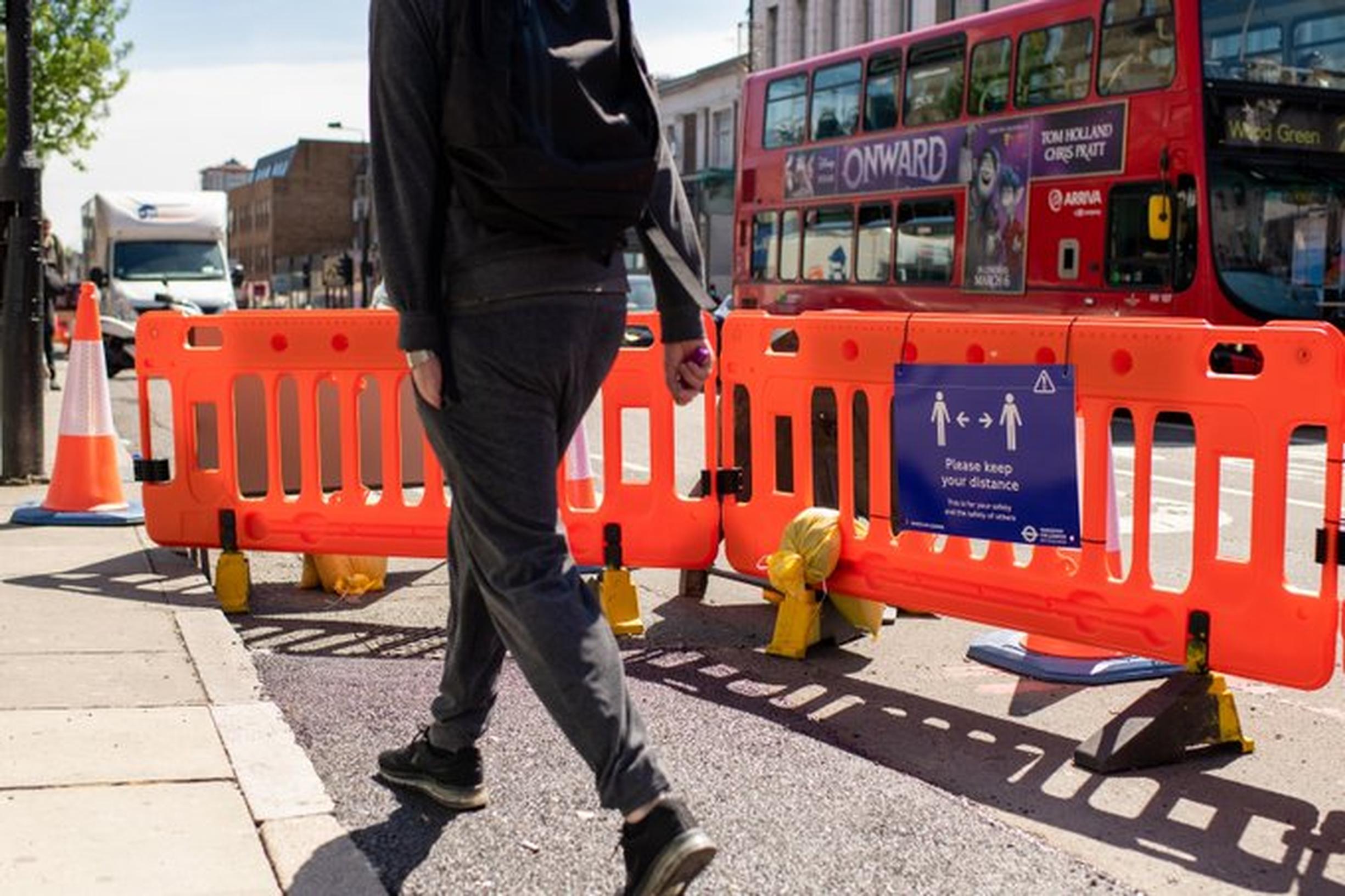 Transport for London will repurpose London’s streets to serve growing demand for walking and cycling.

With London’s public transport capacity potentially running at a fifth of pre-crisis levels, millions of journeys a day will need to be made by other means. Early modelling by TfL predicts there could be more than a 10-fold increase in kilometres cycled, and up to five times the amount of walking, compared to pre-COVID levels, if demand returns.

The Mayor of London and TfL have thus unveiled the Streetspace plan, which envisages the city’s streets being able to accommodate a possible ten-fold increase in cycling and five-fold increase in walking when lockdown restrictions are eased.

The Mayor of London, Sadiq Khan, said: “The capacity of our public transport will be dramatically reduced post-coronavirus as a result of the huge challenges we face around social distancing. Everyone who can work from home must continue to do so for some time to come. The emergency measures included in our major strategic London Streetspace programme will help those who have to travel to work by fast-tracking the transformation of streets across our city.

“Many Londoners have rediscovered the joys of walking and cycling during lockdown and, by quickly and cheaply widening pavements, creating temporary cycle lanes and closing roads to through traffic we will enable millions more people to change the way they get around our city.”

The temporary schemes that have been set up will be reviewed by TfL – and could become permanent.

TfL has already begun making improvements to boost social distancing using temporary infrastructure. Pavements have already been doubled in size at Camden High Street and Stoke Newington High Street and widened at six further locations, with more to follow in the coming weeks.

Further improvements as part of the London Streetspace plan will include:

Meanwhile on-street parking and lanes for cars and general traffic will be repurposed to give people on foot and on bikes more space.

Widening more pavements in town centres to allow people to access local essential shops and services more easily. Pavements will be widened in more than 20 locations, including in Brixton and Earl’s Court in the coming days.

TfL is also working to make walking and cycling in local neighbourhoods safer and more attractive by reducing the speed and volume of motor traffic. A low-traffic neighbourhood will be created in Hounslow along the future Cycleway 9 route by closing local roads to through traffic and further locations across London will follow, with TfL actively supporting boroughs to reduce motor traffic on residential streets to make walking and cycling safer and easier.

Gareth Powell, Managing Director of Surface Transport at TfL, said: “As people are choosing to walk and cycle, both for their essential journeys and for exercise during the lockdown it is vital that they have the space to do so safely and are able to continue socially distancing. The London Streetspace programme – providing more space for walking and cycling – will support that. It will also play a crucial role as London approaches the challenge of maintaining social distancing as restrictions on movement are relaxed.”