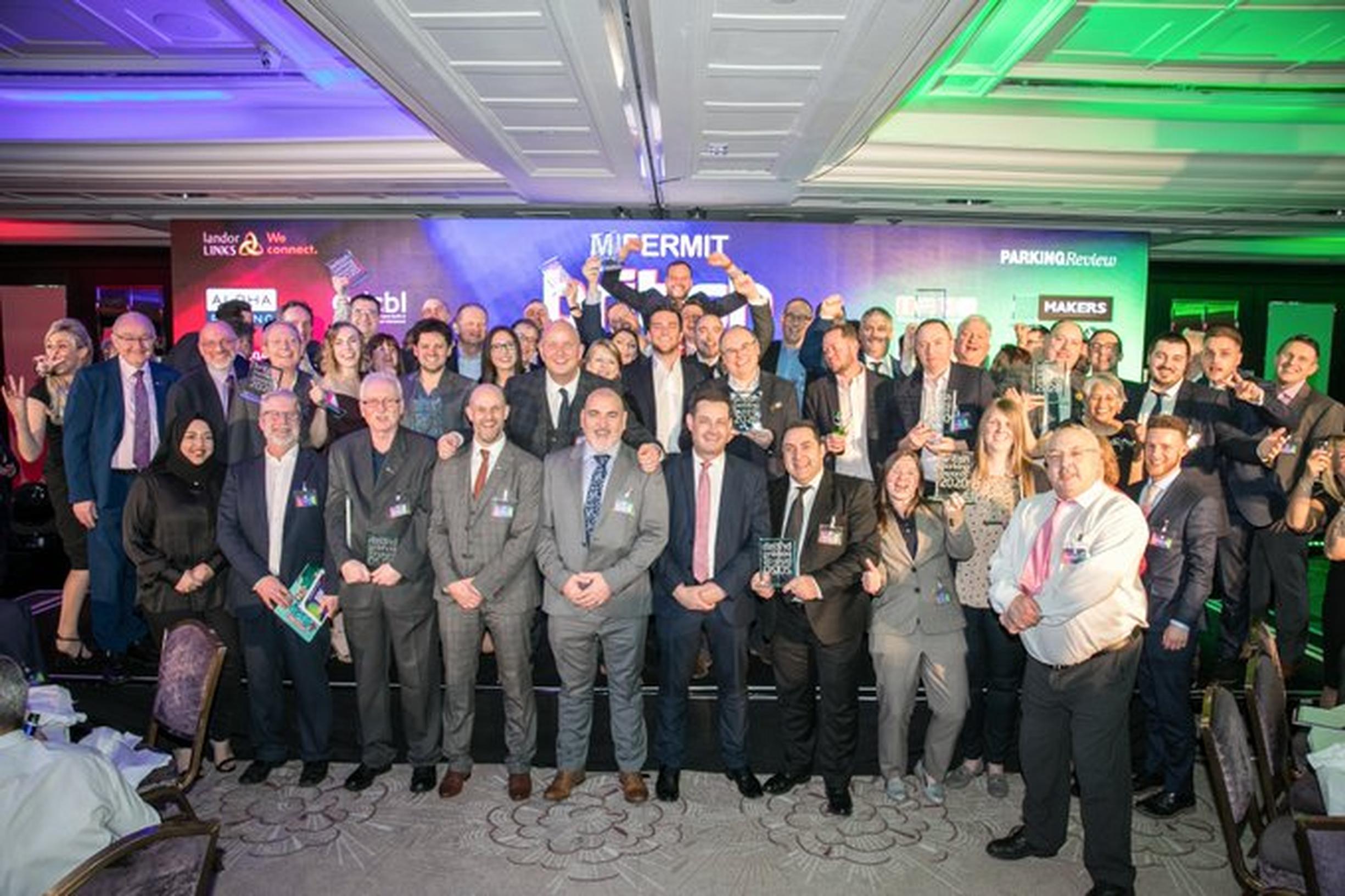 The deployment of parking bay sensors across Harrogate, a giant multi-storey coach park at Wembley and a scheme that deters dangerous parking outside schools were among the winners of the British Parking Awards 2020.

The annual awards, launched by Parking Review magazine in 2002, encompass both kerbside parking and off-street car parks. The awards ceremony has become the highlight of the parking sector’s social calendar. This year over 730 people from across the public and private sectors gathered at the Royal Lancaster hotel in London for a lunchtime ceremony that celebrated the best in parking management, design and technology. The awards were hosted by broadcaster Dr Xand van Tulleken, co-star of the BBC’s Bafta award-winning Operation Ouch and The Twinstitute, as well as documentary investigations into various health issues.

Managing the kerbside
This was, in many ways, the year of the traffic regulation order, with several winners being won by people and projects involving the generation of TROs. The Department for Transport’s TRO Discovery Project, carried out by the British Parking Association, GeoPlace and Ordnance Survey received a Special Jury Award. This project is defining the digitisation of the orders that underpin the way the kerbside is organised.

AppyWay was also part of a public-private partnership that developed real-time parking management in Harrogate. Smart City Parking, a scheme that links over 2,000 bay sensors to a payment app, is being piloted by Harrogate Borough Council and North Yorkshire County Council.

Working together
There were prizes for teams that have gone above and beyond the normal. The B4 car park team in Birmingham won the Front Line Award for their customer-focussed approach to running a city centre site. The long-standing partnership between London’s Brent Council and Serco was named Parking Team of the Year.

The North Essex Parking Partnership (NEPP) is a group of local authorities who have pooled their parking expertise. NEPP won The Communication Award for its exemplary use of digital and social media channels to engage with motorists, residents and stakeholders.

Buildings for cars and people
The teams who designed and delivered major new car parks were honoured. The Watts House multi-storey at the University of Brighton was named Best New Car Park.

The massive Pink Parking car and coach park at Wembley Park in London won a pair of Special Project Awards: one for the challenge of engineering a multi-storey coach park; the other for the striking internal and giant external graphics designed to orientate the sports fans and concert audiences who will use the site.

The Car Park Renewal Award was presented to the team that transformed the 1960s Rotherham Interchange car park into a striking structure with a contemporary feel inside and out.

Providing a top notch service
The Parking as a Service Award was presented to the OCS and CBRE team at the centre:mk shopping centre in Milton Keynes, where the new car park is notable for its mixture of good design, driver-assistance technology and customer-friendly service. High quality services won ParkVia, a UK-based international airport parking portal, the Parking Provider of the Year Award.

Praise for parking people
Besides the systems, services and structures, the awards recognise the achievements of individuals. The Parking Person of the Year was Anthony Eskinazi, chief executive of JustPark, a leading online parking provider. The MiPermit Inspiration Award was presented to Jade Neville, head of parking services, OCS. Neville has been a champion of skills development across the parking sector and also pioneered projects that support parking staff who have been subjected to verbal and physical abuse.

The Young Parking Professional of the Year was Rebecca Harper, membership engagement manager at the British Parking Association. A pair of Lifetime Achievement Awards were presented to Jim Daniels and Mike James, senior local authority officers who led the debate that spawned the Positive Parking Agenda, an initiative that has been adopted by councils across the country.

Parking Provider of the Year
ParkVia