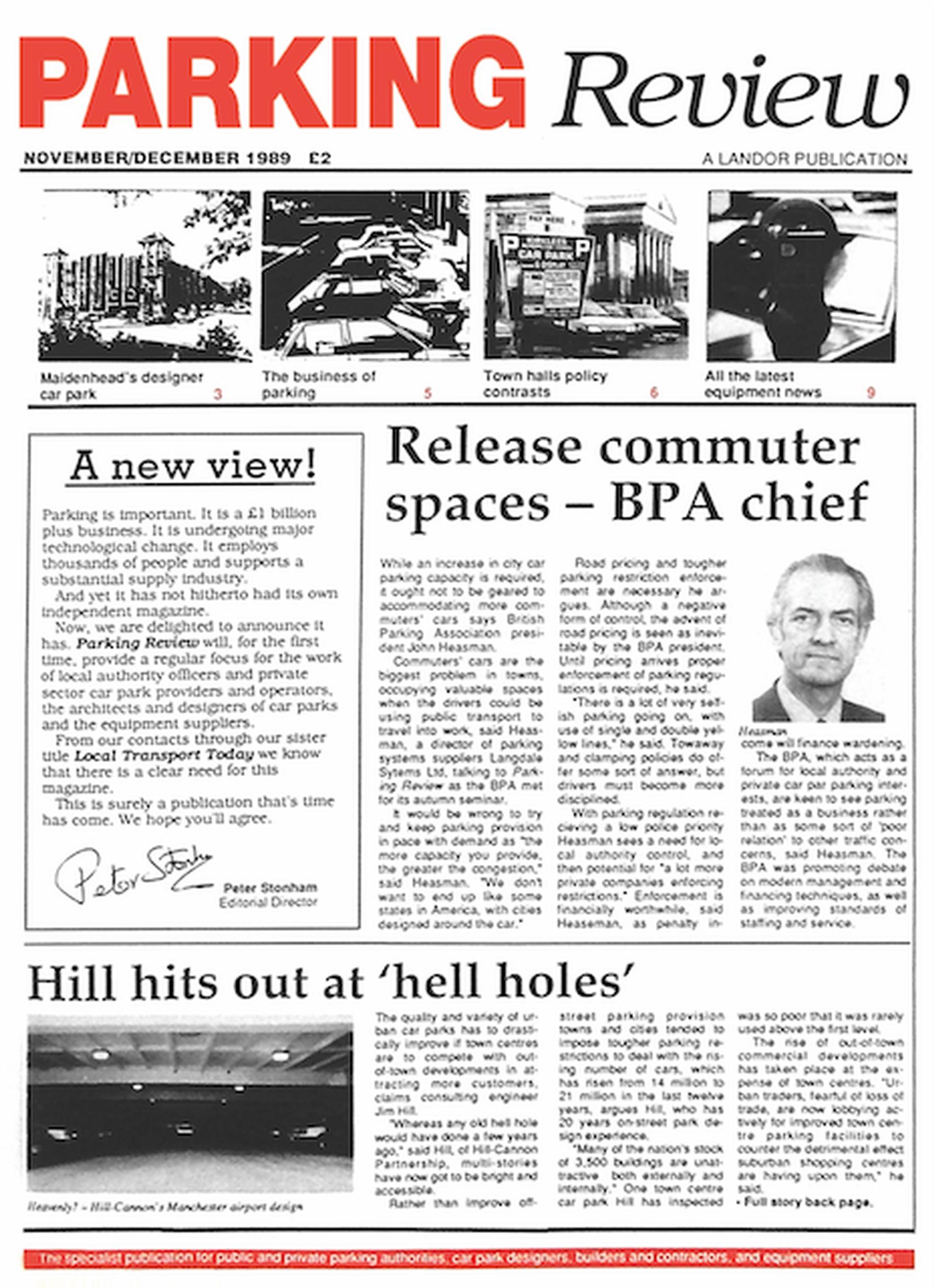 When it appeared 30 years ago, the very first edition of Parking Review stated that the new title would be a quarterly, but I must admit that back in November 1989 it was not certain that the theme of parking cars would sustain a regular publication.

However, the reaction to issue #1 was so positive that issue #2 appeared in January 1990 and the magazine was soon established as a bi-monthly. Within a couple of years Parking Review was appearing ten times year, and finally it became a monthly journal.

Things did not stop there. As early as 1990 we produced a supplement on car park design and refurbishment, which was followed with regular special editions on parking management, payment systems and debt recovery becoming a regular feature.

As we now write more than can ever appear on paper, we put additional news and features online at www.parkingreview.co.uk, and readers can also follow us on our Twitter feed @parkingreview

Besides the journalism, the Parking Review team has developed a range of events in partnership with our colleagues at Landor LINKS. Over the past three decades we have held seminars on subjects as varied as park & ride, residents parking and the Blue Badge scheme. We have also developed a stable of conferences and exhibitions that includes Traffic + Parking and Parking & Property.

And then there is the centrepiece of the UK parking calendar, the British Parking Awards, which we launched in 2002.

The magazine, its events and its social media activity all ultimately work because they are not really about running parking, they are about people. It is the readers, conference speakers and delegates who make the news, express views and form opinions.

Parking Review is there to communicate these ideas, facilitate discussions and showcase achievements. This means that instead of dwelling too much on the past, to mark our 30th birthday we have invited a range of parking professionals, technologists and designers to contemplate issues such as the emergence of connected and automated vehicles, providing charging infrastructure for electric cars and the role of parking in delivering cleaner air in towns and cities.

The thing that really sets Parking Review apart from other titles is that it is totally independent. Remember, a free press is not cheap to run, so all subscription and advertising contributions are very welcome!

The changing faces of Parking Review
The masthead and the editor may both have been around since issue one, but the look and feel of Parking Review has evolved over the past 30 years.
In the early years the magazine had a large page format and newspaper styling. This reinforced Parking Review’s reputation as the only place where readers could find a completely independent perspective on what was happening in the sector.

As print technology changed, colour became more affordable, enabling Parking Review to start experimenting with more graphical covers as well as a series of A4 supplements and special editions. There was still plenty of news within the magazine. In 2013 the magazine switched to the more compact A4 format in your hands now.

Mark Moran has edited Parking Review since its launch in December 1989.