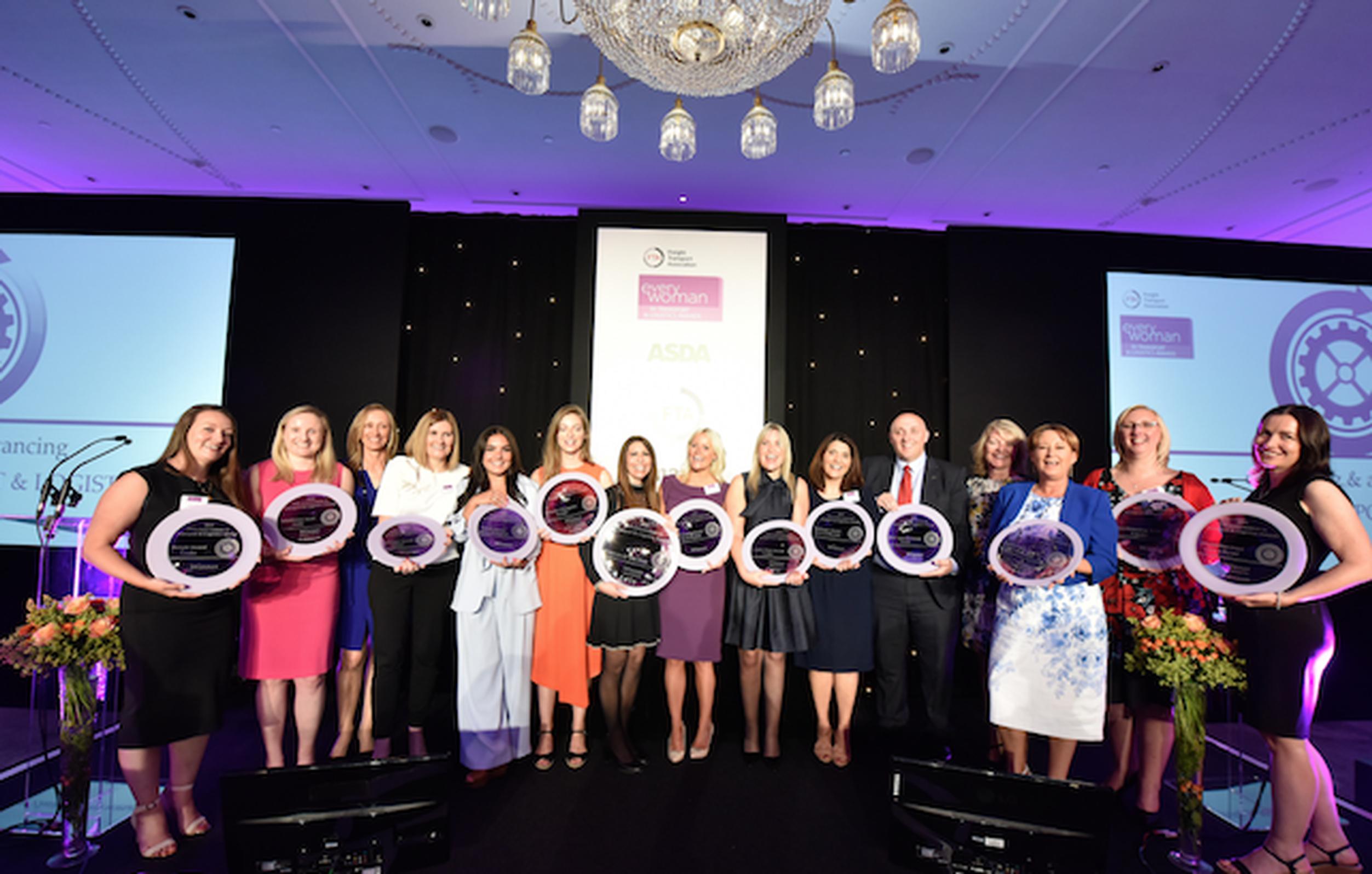 The finalists in the 2019 everywoman in Transport & Logistics Awards programme have been drawn from the worlds of freight, rail, retail and architecture.

The 46 finalists showcase the range of opportunities being undertaken by women in an industry traditionally seen to offer manual, male-dominated jobs.

This year’s awards programme will see two winners per category – one industry “Leader” with a breadth of experience and one individual at any stage of their career, who is going “Above and Beyond” in their business sector.

An “Industry Champion” Award will shine the light on a woman contributing to the progress of other women, while a “Male Agent of Change” will be recognised for his commitment to gender diversity.

For the first time in 2019, the industry’s fresh talent will also be celebrated by the Apprentice of the Year Award

Maxine Benson MBE, co-founder of everywoman, said: “Women account for only 18% of the overall transport and logistics industry, which is a cry for urgent change to be made, considering the value they add. Encouraging women to pursue senior positions is crucial for the growth of the sector. Building the future of logistics means highlighting the role of technology and emotional intelligence in more creative job roles. This proves how many opportunities are also out there for the younger generation. Our finalists this year are already occupying these roles and their success stories will inspire others to do the same.”

A PwC Transportation Report found that companies with the largest number of women at board level outperformed those with the least by 26% in return on invested capital proving that female talent is crucial for business.

The winners will be announced at an awards ceremony in London on 13 June 2019, at Grosvenor House.

The Customer/Passenger Award
Awarded to two women excelling in their role for customers / passengers in transport, logistics and freight

The Supply Chain Award
Awarded to two women who are innovating and excelling in their role within the supply chain environment.

The Warehousing Award
Awarded to two women who are excelling in their role within a warehousing environment.

Industry Champion Award
Awarded to a woman who is championing the progress of women working in transport and logistics.

Male Agent of Change
Awarded to a man for his active commitment to advancing the progress of women working in transport and logistics.

Apprentice of the Year
Awarded to any male or female apprentice excelling in transport and logistics.